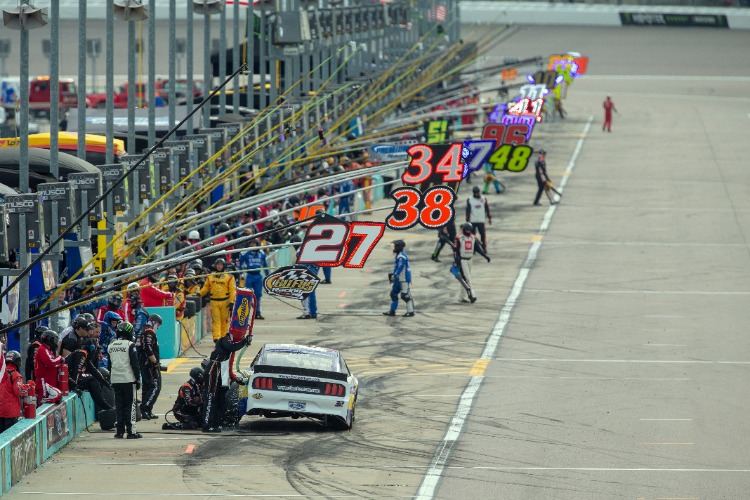 Kansas lawmakers continued the process of discussing sports betting for the fourth consecutive session on Wednesday when the Senate Federal and State Affairs Committee heard proponent testimony on a bill that would allow statewide mobile sports betting, but has some quirks.

As in the past, the committee hearing is broken into two parts. On Wednesday morning, it heard from proponents, and on Thursday morning, opponents and those testifying as neutral will have their say.

Wednesday’s session was short — only Jeff Morris, director of government affairs for Penn National, which operates the Hollywood Casino at Kansas Raceway, testified live. Four others, including Ryan Soultz of Boyd Gaming, and lobbyist Derek Hein on behalf of DraftKings and FanDuel, submitted testimony. All appear to support the legislation with no concerns.

Morris, whose company last year bought a 36% stake in Barstool Sports, hit all the high points for operators, praising the low tax rates, encouraging the committee to keep an official league data mandate from being added to the bill, and pointing to how legalizing sports betting can stamp out the black market and bring more dollars flowing into state coffers.

As written, the bill calls for 7.5% tax on gross gaming revenue for retail sports betting and 10% on digital, both of which Morris said “strike the right balance” for an industry that consistently has low margins.

With regard to the use of official league data, Morris explained that most of the pro leagues have already sold data rights to Sportradar and BetGenius, who in turn sell the data to operators. In many cases, as well, operators have struck individual deals with the leagues for in-game data. Because of that, he said, “these deals can be reached privately and should not be legislatively mandated at what third parties declare to be ‘commercially reasonable’ terms. What may be ‘commercially reasonable’ to the leagues –- who face no competition –- may be inconsistent with the thin margin reality of sportsbook operators in a hyper competitive environment.”

Morris only commented on the mandate because a House bill mentions it. That bill has been assigned to the House Federal and State Affairs Committee, but does not yet have a hearing date.

Representatives for all four operators praised the committee for including a mobile component.

“Not only is mobile necessary to compete against the unregulated, off-shore sites but it is also an option that bettors demand,” Soultz wrote, and then went on to hold up both New Jersey and Indiana as examples of states that have benefitted greatly from statewide mobile wagering.

Hein chimed in by saying that “SB 84 is intended to create a framework that embraces mobile sports
wagering” which is needed to make Kansas competitive with its neighbors — although so far, only Colorado has live, legal sports betting. Lawmakers in both Missouri and Nebraska are currently considering the issue.

Each facility would be entitled to three skins

SB 84 has several unusual provisions, a key one being that horse racing is defined as a sporting event and can be wagered on through a sportsbook. In most states, sports betting and horse-race betting are separate, and horse-racing wagering is handled at racetracks and OTBs. It also appears that regulation would be handled in a hybrid situation with the Kansas Lottery Corp. as the main regulator while the state racing commission would handle self-exclusion and advertising.

The bill would allow for professional sports teams and existing gaming facilities to partner with gaming operators to offer statewide mobile wagering, and each could have up to three skins, or digital partners.

As per the bill, sports betting would be legal at professional sports venues, existing casinos, and racetracks, but pro sports teams would have to partner with a “gaming facility manager,” which is defined as an approved lottery sports betting partner.

Morgan Stanley predicts sports betting will be legal in Oklahoma, Missouri and Kansas by the end of 2021. https://t.co/vQVWEGcdIq

Two other pieces of written testimony were filed: Boot Hill and Kansas Crossing submitted joint testimony in which they stressed the idea of limiting wagering to existing gaming facility managers, and the Kansas Association of Broadcasters pointed to the advertising benefit it would reap from legal sports betting.