Kansas, Missouri Still In Border War, But This Time It’s About Sports Betting

Houses in both states passed wagering bills, and now time is running short in Senates 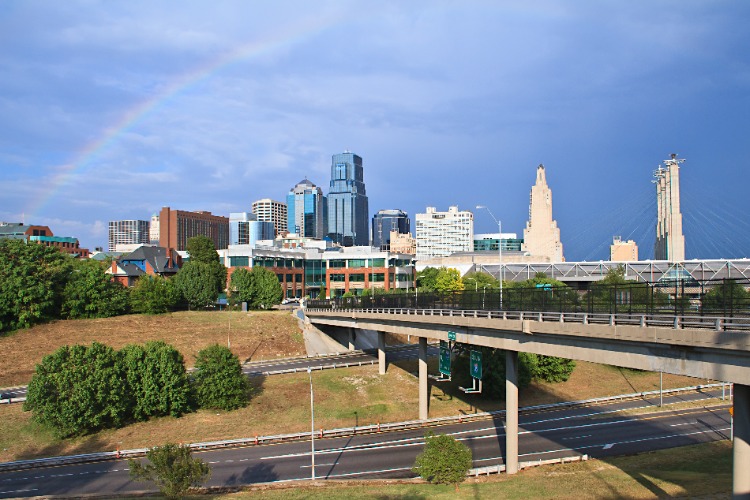 Kansas and Missouri have long had a feud going on, dating back to Bleeding Kansas in the 1850s, which pitted anti-slavery Kansas against pro-slavery Missouri. Neither was a state back then, but that initial cultural division continues to pit the states against each other. The annual Kansas-Missouri football game is known as the Border War, and earlier this year, it became clear to people who don’t live in either state that the division is a pervasive mindset.

On the floors of both the Kansas and Missouri Houses in April, lawmakers repeatedly referred to beating one another not only in the race to legalize sports betting, but to make their law more attractive or competitive than their neighbor’s. As an example, Missouri Rep. Wes Rodgers offered an amendment to lower the tax rate in his state’s bill because “Missouri is a better state than Kansas in every way, so our tax rate should be lower, too. The current rate is zero, so 8 percent is better than that.”

Both states’ Senates could debate legal wagering bills as early as Wednesday, according to multiple sources.

Maine lawmakers passed a sports betting bill last week, but it’s more narrow than what’s being considered in either Kansas or Missouri, and there seems to be some question as to how long it will take Gov. Janet Mills to sign it. Massachusetts lawmakers are also set to debate sports betting in their Senate this week, but sources say whatever bill comes out of the Senate will just serve as a starting point for conference committee negotiations, as the Senate bill differs markedly from a House version passed last summer.

Kansas lawmakers returned to Topeka Monday after a three-week break, and many stakeholders believed state lawmakers would move on sports betting in a hurry. But the issue wasn’t on the Senate agenda Tuesday, and floor debate has centered around transgendered school-aged athletes, a parents’ bill of rights, and other “heavier” issues.

Stakeholders told Sports Handle the bill would come up Wednesday, and should it get to a vote, it will be close.

Is there anything you can do to ensure this is prioritized? It’s a matter of when not if sports betting becomes legalized. Kansas needs to take act now, people are driving to Iowa, illegal bookie, and eventually Missouri.

The House sent the Senate HB 84 in the waning hours of April 1 before the chambers went on break. The expectation that night was that the Senate would act, but it adjourned at 1:30 a.m. without voting.

The current version of the bill would allow for statewide mobile wagering and grant each of the state’s four casinos three skins, or mobile platforms. Wagering on professional, college, and Olympic sports would be allowed; the Kansas Lottery would be the regulator; and the tax rate would be set at 10%. Wagering would be set to begin Jan. 1, 2023.

The current language in the bill was negotiated via conference committee before the House voted, seemingly making it a slam dunk for both chambers. But the bill almost didn’t get out of the House after some political game playing, and the legislature adjourns May 20.

In Missouri, HB 2552 was placed on the Senate’s “Informal Calendar for Perfect” on Monday after the General Accountability and Fiscal Oversight Committee recommended it as a “do pass.”

Lawmakers will likely make some changes to the House sports betting bill during floor debate. Among those will be an increase in the tax rate — which currently sits at 8% — and the addition of stronger problem and responsible gambling language.

Stakeholders were surprised last month to see the proposed tax rate reduced from 10% to 8% on the House floor, but they took it as a gift. If nothing else, the decrease gives those negotiating a little more space than starting at 10%.

Among the Senate bills, a 21% tax rate in Denny Hoskins’ bill is the highest. Splitting the difference would mean a 14.5% tax rate, putting Missouri in the range that operators consider acceptable. It would give it a lower rate than neighboring Illinois, which has a 15% tax rate, and Tennessee at 20%.

There are nearly a dozen sports betting bills floating around Jefferson City, but the one on the calendar is HB 2552, sponsored by Rep. Dan Houx, and backed by a coalition of professional sports teams and casinos. Lawmakers are starting to run short on time, as the legislature adjourns for the year on May 13.