Senate declines to discuss bill before adjourning for spring break 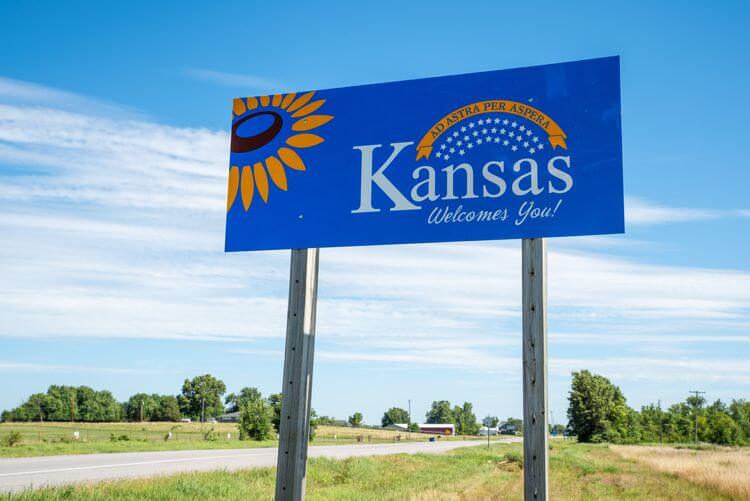 After a day filled with many productive bipartisan meetings and a heated floor debate that went until after midnight local time Friday, the Kansas House of Representatives early Saturday morning approved a sports betting bill that would legalize statewide mobile wagering. SB 84 was immediately sent to the Senate for consideration, but the Senate adjourned at about 1:30 a.m. without considering the bill. The Senate will reconvene April 25.

Reaching passage in the House proved difficult. A late amendment added by House representatives allocates 80% of sports wagering tax revenue to a fund dedicated to attracting professional sports teams to Kansas. That aspect of the bill, which hadn’t been publicly discussed prior to Friday, nearly thwarted the bill’s chances of making it out of the House.

“Games like this aren’t supposed to be played at the end,” Rep. Henry Helgerson said.

“[Sports wagering] barely makes it through,” Rep. Stephanie Clayton, a proponent of sports betting, tweeted. “Now it’s on to the Senate. I may actually drop dead from heart failure, but one more step has been achieved.”

Casinos would get three skins each

Under the bill, the state’s four casinos can partner with up to three online mobile operators to provide sports wagering options in the state. Wagering on professional and collegiate sports will be allowed, and permanent rules and regulations are to be finalized by Jan. 1, 2023.

If (and still if) Kansas passes a sports betting bill every indication is they will try to get sportsbooks up and running quickly, with plans to go live before the 2022 NFL season begins. If that happens it would be one of the fastest turnarounds of any legal sports betting state

There were a few disagreements between House and Senate representatives entering this week, but a joint conference committee did well to work through varying degrees of disagreements. For example, Rep. John Barker was willing — after some pushback — to remove greyhound racing provisions from the sports betting bill, although he’s hopeful that issue could be revisited next year. Additionally, the joint committee agreed to allow up to 1,000 historic horse racing machines at a location in Sedgwick County.

Previous disagreements about iLottery were settled as well, and the version of the bill that passed the House does not include language allowing the Kansas Lottery to sell online lottery tickets. The Senate hoped to see that included in the bill, but the House leadership got its way on that discussion point.

Beating Missouri to the punch?

The late provision added to the bill sending 80% of the state’s tax revenue generated from sports betting to a fund designed to attract professional sports teams to come to Kansas certainly brought a unique twist to Friday’s discussions. Senators in the joint conference committee were surprised by the amendment, and later Friday night a few House representatives were fuming at the last-minute addition. The decision to include the amendment comes mere days after Kansas City Chiefs President Mark Donovan floated the possibility of moving from Missouri to Kansas.

“I have not spoken with any representatives from the Chiefs, but I can say that if they move to Kansas, I will be over the moon excited about that,” Clayton said in a Twitter Spaces interview Thursday night. “That’s a huge, huge, huge win for us.”

A sports betting rivalry between Kansas and Missouri is well underway, as each state tries to launch legal wagering before the other. Wednesday morning, the Missouri Senate Appropriations Committee will meet to discuss a sports betting bill that has already passed through the House.