State-mandated go-live is Jan. 1, and the application process must open by Aug. 15 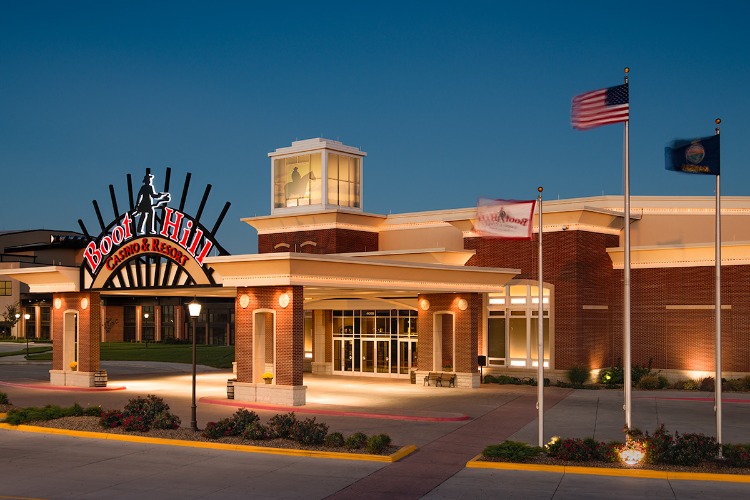 The new legal sports betting law in Kansas calls for a Jan. 1, 2023, launch date, and regulators are already at work to hit it — or, in a perfect world, maybe be a little early.

“The bill doesn’t go into effect until July 1, but we’re not resting on our laurels,” Kansas Lottery Director Stephen Durrell told Sports Handle. “There are internal hopes that we can get things done in the near future, but making sure it is effective and works is one of our premier goals. There are hurdles between here and there to get it done.”

Echoing these sentiments, Todd Allen, government affairs director at the Kansas Racing and Gaming Commission, said, “January 1 is a ‘must date,’ but hopefully we’ll have it all done before that. But some of those processes take time.”

While stakeholders are likely anxious to take the first bets, that won’t happen until late fall, at best. Given that the application process takes about 90 days in most states, and that window doesn’t legally have to open until Aug. 15, it’s likely background checks won’t be complete until November. In addition, the process to approve the regulations includes at least one public comment period and time for other state agencies to approve the regulations before they can be finalized.

The new Kansas law doesn’t take effect until July 1, and from there, a timeline to launch is fairly clearly set out. Kansas is somewhat unique in that there are essentially two regulators — both the lottery and KRGC will have a hand in getting operators up and running, as well as monitoring and regulating wagering in the future.

There are other states with multiple agencies taking part in the process. In Louisiana, the gaming control board handles regulations while the state police handle applications. In Maryland, the lottery is working with a Sports Wagering Application Review Committee.

In Kansas, the state is the owner of all gaming, and its two agencies already partner to regulate and manage casinos there. While operators like Penn National or Boyd Gaming may own the dirt and buildings in which casino gaming takes place, the lottery owns the tables, machines, and anything else related to gaming.

The casinos work in a partnership with the lottery and will be taxed at a 10% rate. Of the state’s take, $750,000 comes off the top for its white-collar crime fund, and then dollars are funneled to responsible gaming programs, a fund to draw professional teams to the state, and other areas.

It’s a setup that all involved are familiar and comfortable with, even though it’s unusual. On the casino side, KRGC handles regulations, certifying potential operators, preventing fraud, and the like, while the lottery handles contracts with operators and day-to-day activities.

After the two groups met Tuesday, Allen said the expectation is that the agencies will handle wagering in similar fashion. However, a key difference will be that there will be more entities to deal with — there are four casinos, referred to as gaming facility managers, in the state, and there could be up to 12 digital platforms. Each casino has access to three skins, while Sporting KC and the Kansas Speedway will have access to platforms through a marketing agreement that they have with a gaming facility manager to be approved by the Kansas Lottery.

Application process will open by Aug. 15

Once the July 1 effective date hits, the lottery’s first goal will be to negotiate contract amendments with the casinos to allow wagering, while KRGC will be moving toward releasing draft rules and applications for public comment.

Allen told Sports Handle the hope is to get the draft regulations and applications in front of stakeholders for comment ahead of the July 1 date and to the KRGC by its July 22 meeting. Both agencies have monthly meetings, and commissioners will be required to approve some of the processes.

Here’s a look at the short-term timeline:

July 1 plus 30 days: The lottery must publish in the Kansas Register “how it will receive, consider, and approve proposed lottery gaming facility management contracts.”

Aug. 1: KRGC must publish its process for background checks (applications).

Sept. 1:  Lottery must publish the process for submission of license requests.

Throughout the process, the KRGC will also be required to open draft rules and applications for public comment periods, which in most states last about 30 days. The regulations must also be approved by various other state agencies before they become official.

In most states, the average amount of time between wagering becoming legal and going live is somewhere between six to 12 months. States that have mature casino markets can often move more quickly than those that don’t.

For example, Connecticut, Indiana, and Iowa all went from legal to live in four months or less. In Ohio, meanwhile, wagering was legalized in December 2021, but the regulatory process is layered and requires multiple public comment periods. Hence, the regulator there warned early on that it could take up to six months just to get rules approved.

Kansas’ law also does not include an emergency clause, so neither the lottery nor KRGC can speed up the process.

“Phase 1 will be to get the contract amendments [with the casinos] done as quickly as possible,” Durrell said. “We’re not really interested in launching something just to launch something. We want something people will enjoy. We’re going to try to do it as efficiently as possible.”

Casinos will get priority

Both the lottery and KRGC are aiming to get at least one digital platform per casino approved and launched by the Jan. 1 launch date. Durrell also said that his agency will prioritize working with casinos to approve “changes to the gaming floor” to accommodate brick-and-mortar sportsbooks.

Durrell said that after handling the casino contract amendments, his agency will turn its attention to Sporting KC, Kansas Speedway, and the 50 “marketing partnerships” that the new law allows. The partnerships won’t translate into digital platforms or small sportsbooks. Rather, the language appears to make it possible for restaurants, bars, or other businesses to partner with sportsbooks for advertising or specials.

In more practical terms, those marketing agreements could mean that Buffalo Wild Wings, which has an existing marketing agreement with BetMGM, could offer wagering specials to people sitting in their restaurants for play on the BetMGM platform, should the company gain market access. Buffalo Wild Wings and BetMGM currently use geolocation technology to offer “unique” betting opportunities to consumers wagering from inside BWW locations in Colorado, New Jersey, Indiana, Iowa, Tennessee, and West Virginia.