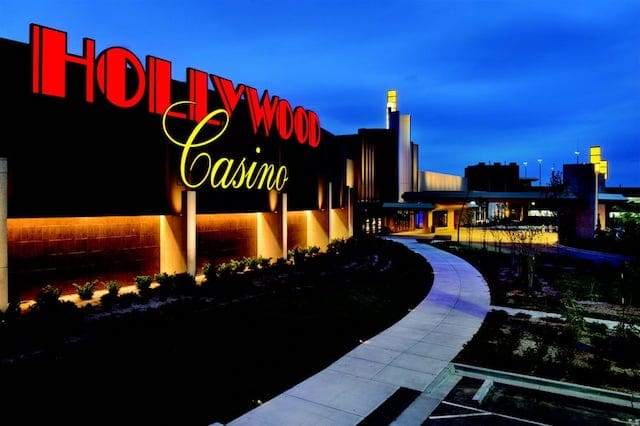 At an informational session on Kansas sports betting on Tuesday, a representative for Kansas Entertainment, LLC, a subsidiary of gaming conglomerate Penn National Gaming, expressed opposition to Major League Baseball and the NBA’s positions regarding sports wagering. He wasn’t afforded much time to speak, but in the full written testimony of Whitney B. Damron on behalf of Kansas Entertainment, he absolutely shreds the provisions on data and fees and control that the leagues have been pushing in an expansive lobbying effort spanning 10-plus states weighing sports betting legislation.

The leagues have been pushing a “Model Sports Wagering Act” (the “Act”) in many if not all of these states, including Kansas. If passed, the Act would grant the leagues what would amount to substantial control of and profit from states and state-licensed sports betting operators.

Here’s the first salvo from the Damron written statement obtained by SportsHandle:

The informational session didn’t focus specifically on one piece of Kansas sports betting legislation, and there are a few. But Damron and Kansas Entertainment (which operates the Hollywood Casino at Kansas Speedway in Kansas City, KC) zero in on HB 2572 (pages 3-5) because that’s the one modeled squarely on the Act.

More from the written statement:

Earlier in the session, Bryan Seeley, SVP and General Counsel for MLB, tried to back away from the “integrity fee” label and actually attributed the phrase to the media, ignoring the fact that the phrase appears in the Act and in bills in Indiana, Illinois and Missouri and elsewhere that the leagues have gotten traction with their “integrity fee.” So Damron explains above (more below) why that fee — or royalty, or tax, or share, or intellectual property fee — would be so detrimental for states and operators.

Now some words from Damron about the leagues’ insistence that they and only they shall supply the data to sportsbooks to grade wagers, with a note of a potential conflict of interest:

Incidentally, the “delegating legislative authority” is also a problem in PASPA, the federal law banning sports wagering outside Nevada, which may soon get repealed on constitutional grounds in the Supreme Court of the United States in Murphy v NCAA. Which is the reason for this hearing and in those at statehouses across the country.

[Also see: In A Regulated U.S. Sports Betting Market, Which Operator Will Be King?]

PASPA empowers the leagues (28 U.S. Code § 3703), as well as the U.S. Attorney General’s office, to go to court to obtain injunctions against any state attempting to legalize sports betting. It’s a right that the leagues have seized in blocking New Jersey’s efforts to legalize sports betting. Here, once again, the leagues are seeking the codification of power and control. PASPA may come down, with league-sponsored “Act” legislation filling the void.

So, What’s Up Now And What’s Next?

At least a couple things. There’s a growing recognition by lawmakers that sports betting is an issue they need to study and really understand. There also seems to be an increased awareness in some states that the leagues are giving half-truths, among other things, about (1) how sports betting presently works in Nevada — where the state pays no fee and sportsbooks use data from various sources, (2) what the “integrity fee” actually is, and (3) about why only league-sanctioned data can protect the integrity of the game.

In West Virginia where a sports betting bill recently passed and became law, Governor Jim Justice felt that state lawmakers “snubbed” the leagues by declining to include legislative goodies, so he’s suggested he might bring them back to the table and possibly go so far as to call a special session to discuss. We’ll see about that.

Speaking of West Virginia, Kansas is looking to the Mountaineer State for guidance on how to move forward. From Damron’s written statement:

Finally, consider this, attached to the written testimony, which was provided to the Kansas legislators at the session: