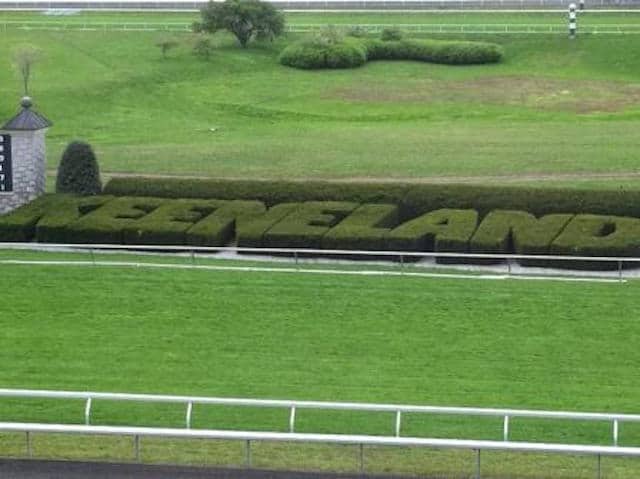 Sports betting continues to get a lot of attention in Kentucky. A week after the state legislature’s Interim Joint Committee on Appropriations and Revenue held a hearing on the topic, and less than a month after a “working group” of state lawmakers had its first meeting, Bloodhorse and Breeder’s Cup are teaming up to sponsor a symposium on sports betting at Keeneland Sales Pavilion on Thursday, according to the Lexington Herald-Leader.

The symposium will be the most diverse of the meetings that have been held so far, and will include lobbyists from the horse world and the professional sports leagues, lawmakers, and industry representatives. Among the speakers scheduled are:

KY Sports Betting Is a Hot Topic and Multiple Bills Have Been Filed.

Titled “Sports Wagering and the Impact on Horse Racing,” and will be a town-hall meeting format with a focus on economics, politics and the consumer. Horse racing is big business in Kentucky and it’s likely that any legalized sports betting will take place at the state’s racetracks, as well as OTBs. To date, there have multiple sports betting bills floated in the state legislature, though none have gained traction.

A bill pre-filed this summer by former Governor Julian Carroll, who is now a state senator, would have put the focus on Kentucky’s horse racing industry and allowed  for sports betting at the state’s racetracks and OTB parlors. That bill also included a 20 percent tax on handle, which would likely be unmanageable. Since then, the working group, of which Carroll is one on nine bi-partisan members, has agreed sportsbooks should be taxed on revenue (not handle), that an independent agency to regulate sports betting should be created, and that it does not support the integrity fee that the professional sports leagues have been lobbying for.

The NBA’s Spillane is among those who have participated in hearings across the country, as the professional leagues try to get a cut of sports betting action. But he’s been rebuffed from Connecticut to Kansas, and it would seem unlikely that Kentucky, which does not have a professional sports team anywhere in the state, would be the first to legalize sports betting with an integrity fee.

Besides Keeneland Race Course and the famed Churchill Downs, Kentucky has four other horse racing tracks, several with racinos, around the state. The state does not have any commercial or tribal casinos. Thursday’s get together is likely an attempt by the horse-racing community to get involved and look out for its interests as the sports betting conversation moves forward.

“Earlier in the year when the Supreme Court decision came down, if you were at a conference, that was what everyone was talking about and we thought now is the time to get our industry talking and collaborating on ideas about how to embrace sports wagering,” said Bryan Pettigrew, Chief Marketing Officer for Breeders’ Cup Limited said in a story in America’s Best Racing on Monday. “Too many times in this sport we move slowly and miss out on ideas and we thought it would be best to work together on this as soon as possible, so (BloodHorse Editorial Director) John Keitt and (Breeders’ Cup President and CEO) Craig Fravel got together.

“They understood this is a time when racing needs to be in the forefront with collaboration rather than remain in the background, and they worked together to create this symposium.”