Kentucky Sports Betting Bill Will Be Revived In 2022, But Even Supporters Are Pessimistic 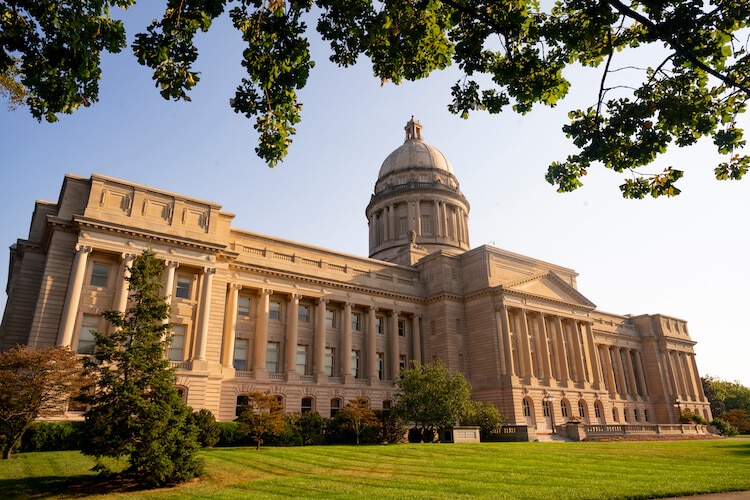 There are ample metaphors for the sports betting situation in Kentucky.

But how do two of the most vocal proponents of sports betting in the Kentucky legislature feel about another border state — Ohio — being on the verge of legalization?

“Sadly, I don’t know that it changes anything,” said Adam Koenig, a Republican member of the Kentucky House of Representatives, who has sponsored multiple bills to legalize sports betting in the state in recent years. “Opposition is not based upon proximity of other [sports betting] states. It’s based on other things. Some people think it’s evil and sinning. Some people think their constituents don’t want it. It’s fair to say voting ‘no’ on anything gambling is a safe vote, especially if you’re a Republican and have to face a Republican primary.”

But Koenig has no plans to stop. He intends to sponsor another sports betting bill during the Kentucky legislative session that will run Jan. 4-April 14. He has the support of state Senate Majority Leader Damon Thayer, but it has to get out of the House first.

“If Representative Koenig can get his bill out of the House, I will push for its passage in the Senate, but if I had to make a prediction, it would be that we’ll be one of the last states to do it.” Thayer said.

The support for sports betting in Kentucky from Koenig and Thayer is rooted in their desire to increase revenue for the state, and they see those dollars exiting every day, whether it is over the bridge from Louisville to Indiana or across the southern border into Tennessee. There are stories about a McDonald’s parking lot in Jamestown, Tenn., that is often full of Kentucky license plates.

“Kentucky is not a wealthy state,” Cothran said. “The poor are under assault from high-interest, short-term loans, drug issues, and more, so socially, I don’t see how this helps the state. It’s one more temptation for them to use their money.”

Thayer and Koenig disagree with the moral argument.

Sports betting has “not proven to have all the negative societal consequences opponents bring up, and it has been proven to be a boon to state coffers,” Thayer countered.

But the influence from the KFF and other groups is strong, so much so that Koenig said “there is a third of House Republicans that are just going to be a ‘no.’ Period.” On the other side of the issue, there may be similar passion, but organization is lacking.

“There isn’t really a grassroots effort to pass sports betting, and that could move things up [if it existed], because the resistance to it is pretty well organized,” Thayer said. “It’s frustrating, because the people who really want sports betting are the fans, and they just don’t understand how difficult it is to get a bill like that through the General Assembly.

“They beat up on Adam and me, but take a timeout. We’re your ally. Use that energy to convince people who are opposed to it.”

Recovering from a ‘bloody’ battle over HHR

There is also the sense that Kentucky legislators might not have the appetite for another knock-down, drag-out fight about gaming after a particularly tense process over a historical horse racing (HHR) bill, which passed in February. HHR technically uses parimutuel principles, but it is displayed to bettors as a slot machine.

This is not a slot machine pic.twitter.com/OD3URjvJH1

“[HHR] was very different, and the question is whether there is the will to push that hard for another gambling bill so soon after,” Thayer said. “I’m not sure there is the bandwidth for that.”

On that specific aspect, Cothran and Thayer agree.

“I don’t think sports betting is going to gain a lot of traction, particularly after that last fight [over HHR], because it was so bloody,” Cothran said. “There are still a lot of raw feelings from that debate, and there will be stiffer opposition to this. In both chambers, leadership decided not to stand in the way [of HHR], and that put a lot of their members in a difficult position. That’s the reason for some of the bad feelings left over.

“To do it again in the next session — I don’t think that’s going to happen. At some point, leadership knows it has to protect its members from these kinds of votes, because it’s so controversial to their members. … I don’t think anyone has the stomach for that this session.”

But there are subtle differences between the HHR debate and the one over sports betting. It’s not just about the notion of gaming. For one, there was a sizeable impact on jobs for HHR parlors, which require staffing and infrastructure. Online sports betting would create jobs, but not on the same scale, so that is not as easy of an argument to convert a legislator who might be on the fence.

That means potentially crafting a new tactic to drum up support.

“With HHR, we could point to tangible jobs, but on the flip side, everyone knows [sports betting] has been going on in their district since they invented sports,” Koenig said. “Every legislator in Kentucky — if they don’t know a bookie, they know someone who can get a bookie. It’s out in the open. In addition to bookies and overseas, you can now Venmo a buddy in a surrounding state if you want to bet a [University of Kentucky] game, and he can Venmo you back.

“The best argument now is ‘Hey, here is something that is happening, and we have no protection. Let’s regulate it, and if someone wins a bet, they don’t have to track down a bookie to get paid.’”

Another argument Thayer uses is the conservative principle of personal responsibility.

“Nobody is forcing anybody to make a bet on the Super Bowl,” Thayer said. “Republicans need to understand that we came to power offering people freedom, not trying to dictate what people do with their lives.”

Does Beshear’s support hurt or help?

While the sports betting debate in Kentucky is primarily an issue within the Republican Party, there is some question as to whether a bill would be easier to get through if the state had a Republican governor.

Gov. Andy Beshear is a Democrat, and he’ll be around until at least December of 2023. There is a sense that some Republicans may not want to hand Beshear a political win, as he has supported sports betting in Kentucky. While Koenig and Thayer don’t think it is a huge factor, they don’t dismiss it.

“There probably are people out there who don’t want to give the governor a win on anything, and this could be viewed as a win,” Thayer said. “It worked against us on HHR, without a doubt. But why do we want to give him a win? Because it’s the right thing to do.

“We don’t really like the guy, but [on other issues] we’ve said, ‘OK. This is the right thing to do for the state.’ Sometimes you just have to put down your pitchforks and your torches and try to do the right thing.”

Could modifying the bill help?

Legalization of fantasy sports and poker have also been included in Koenig’s bills in the past. While he is reticent to disclose what he might be willing to drop from a sports betting bill to get it passed, he acknowledged dropping poker might be on the table.

“There are a couple people that want to see the online poker gone, because they view it as a casino game, even though it’s not,” Koenig said. “It’s a game of skill. The frustrating part for me, personally, is that I won’t bet sports, I won’t bet DFS, but I will play and supplement my income on poker.

“If it has to come out for the greater good, that’s something I would have to consider.”

For some time, sports betting in Kentucky has been painted as a rural vs. urban issue, but Koenig has shifted his thinking, at least a bit. He now considers age might be the most significant factor.

“People in the seats change, and voter opinion does change,” he said. “If you’re under 40, you don’t see a problem with this. As seats [in the legislature] turn over, they’re many times more likely to be supportive of this.”

And although Koenig is outside of those age parameters, at 50, he’s willing to try to outlast his opponents. 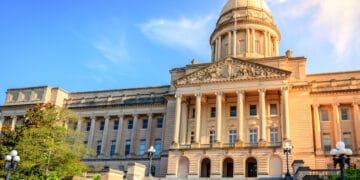