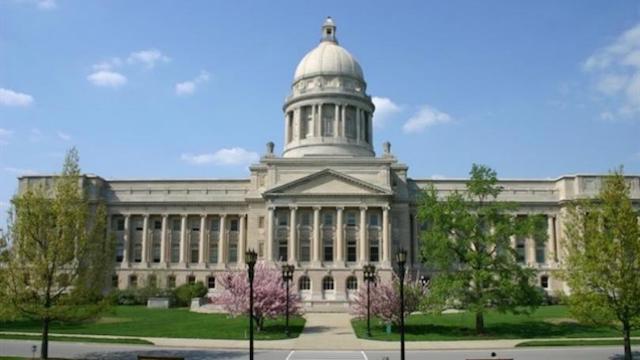 As proponents of a sports betting and online poker proposal in Kentucky work toward reaching the 60 votes in the House that are needed to send the legislation to the Senate, some of the state’s most prominent religious groups are campaigning against it.

The sports betting bill, HB 175, sponsored by Kentucky Rep. Adam Koenig, a Republican from Northern Kentucky, was the subject of a TV debate on Monday evening, pitting Koenig and another state lawmakers against two representatives from religious groups in the state that broadly oppose gambling.

It’s a high-stakes showdown over modernizing Kentucky’s gambling industry, currently confined to betting on horse races, the lottery, and slot-like machines at the tracks. Gambling opponents argue that many of the machines in Kentucky are illegal.

Sports wagering was discussed at length during a nearly hour-long episode of Kentucky Tonight.

Koenig has done a great job so far trying to appease a very wide range of stances on expanding gambling in Kentucky. In addition to folks who want no gambling at all, there are policymakers who want Las Vegas-style casinos, in addition to sports betting. Koenig’s measure represents a compromise of sorts.

“This has been a methodical legislative process like it should be,” said state Rep. Al Gentry, a Democrat from Louisville who wants casinos in Kentucky. He voted for Koenig’s bill during its time in committee, but Gentry doesn’t believe the legislation goes far enough. He wants more gambling.

“We started watering it down so much I almost walked away, quite frankly,” Gentry said with a laugh.

For Gentry, Koenig’s bill is a good start. He thinks Kentucky should begin capturing some of the money that leaves the state to casinos in neighboring jurisdictions, especially the Horseshoe casino that sits across the river from Louisville in Indiana. Gentry has seen firsthand the economic benefits of casino gambling.

Under Koenig’s bill, sports betting would be conducted at the licensed racetracks, as well as at qualifying sporting venues. Mobile betting statewide would be allowed, but registration of a mobile account would have to be done in-person at a sportsbook. That provision was designed to appease the religious groups, who have sway over lawmakers from rural areas.

In a sense, Koenig’s bill has become a microcosm of the friction between the politics of urban Kentucky (his district is right outside Cincinnati) and rural Kentucky.

Removing a provision to allow betting on events like the Oscars was also done to appease the anti-gambling crowd.

It’s unclear how much pushback, if any, there’s been to Koenig’s provision in HB 175 that allows those 18 years of age and older to gamble. But here he hasn’t budged, at least not yet.

“I’m of the opinion that if you can vote and you can go to war and die for this country, you should be able to place a sports wager,” Koenig said during his TV appearance.

It’s worth noting that neighboring Indiana, which this week passed a sports betting bill out of the Senate, would have sports betting for those 21 and older. In this scenario, it likely would not be all that uncommon for youngsters in the 18-to-20 crowd to travel from Indiana to Kentucky to place a bet.

Kentucky allows 18 year olds to bet on horses, so the sports betting bill is also keeping the law consistent.

No betting on college teams

Under the Koenig plan, betting on Kentucky college teams would be prohibited. That actually wasn’t included as an olive branch to religious groups. According to Koenig, some of Kentucky’s smaller colleges don’t have the same resources to undertake compliance with sports betting rules and regulations that the state’s largest universities enjoy.

Koenig admitted that the bill isn’t perfect, adding that a future General Assembly could adjust the law on college sports betting. 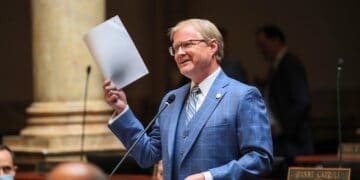