Also, FanDuel TV to 'Run it Back' for viewers interested in full-court NBA coverage 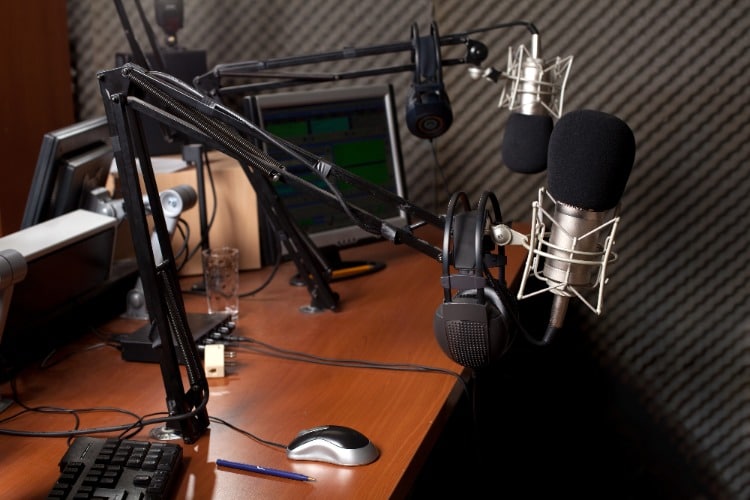 Even though neither California sports wagering initiative is expected to pass in November, longtime San Francisco-based news and talk radio station KGO (810 AM) has chosen to change its format to focus on sports betting. Cumulus Media’s 50,000-watt station had been a Bay Area mainstay for providing news and talk programming for 80 years.

The official announcement of the format change and the station’s name change to 810 The Spread took place on Monday. Cumulus officials understood the format change probably would be met with some criticism from loyal listeners.

“This is a bittersweet day for us, as it’s hard to say goodbye to the legendary KGO, which has been a part of listeners’ lives for so many years,” Cumulus Vice President/Market Manager Larry Blumhagen said in an official announcement, as reported by Radioworld.com. “We want to thank all the people who have been a part of KGO’s historic run these many years — and the listeners who loyally tuned in to the station. Times change, and we must change with them.”

The shift in focus to sports wagering talk isn’t the first of its kind for Cumulus, as WPRV-AM in Providence, Rhode Island, was the company’s first station to switch to a sports betting format earlier this year.

It’s not unusual for a radio station that’s doing poorly in terms of market share to make a format change. KGO fit that bill, ranking 20th in the Bay Area in the September Nielsen Audio ratings with a 1.7 share, Radio Insight reported. The move to a sports betting format makes sense during a time when 30-plus states have already legalized some form of sports wagering and sports betting is presently a political talking point in California.

This was a GREAT radio station. I had joined many of their excellent hosts for more than 30 years of real talk about serious subjects
A sad loss to our fading public discourse
"KGO host talks about Bay Area radio station's abrupt signoff" https://t.co/egB9XBKJ8J via @SFGate

“The news/talk audience is old, angry and increasingly becoming the minority,” Demetri Ravenos, Barrett Sports Media’s assistant content director and editor, told Sports Handle. “They are dedicated to their shows and still spend money with advertisers, but maybe it isn’t the safe long-term play it used to be. Legal or not, California bettors will find a way to bet. That means The Spread is an ideal place for offshore books and casinos to advertise. On top of that, the big books, tribes, and lobbyists are not giving up when these two props (Proposition 26 and 27) fail.

“Sports betting will be on the ballot in California until it finally passes. Launching the station now creates a position of authority and dominance for Cumulus when they finally can take money from the FanDuels and DraftKings of the world.”

TALKERS magazine founder Michael Harrison added, “Although the new sports betting format that Cumulus has installed at KGO seems to be a relatively novel approach to all sports or sports talk radio, it represents an unabashed, unapologetic approach to a format that has been evolving for some time now. Most standard sports talk radio stations have become increasingly focused on the gambling component of professional sports over the past couple of years. Starting an entirely new sports-oriented format branded as balls-to-the-wall betting info as opposed to gently evolving into one is a convenient way not to waste time jumping into the lucrative advertising that such a format can and will attract.

“The big books out there are anxious to throw money at media platforms that service their current and future customers. … Gambling awareness and betting talk has also proven to be a way to attract younger listeners to the sports format.”

FanDuel TV to ‘Run It Back’ with NBA show

FanDuel TV is all in on the NBA with a new, hourlong show, Run it Back, which will air Mondays, Tuesday, and Wednesdays at 10 a.m. ET.

Former ESPN on-air talent Michelle Beadle and former NBA player Chandler Parsons will serve as co-hosts, while Athletic writer Shams Charania is scheduled to be a frequent contributor, providing insights and breaking news about the NBA. The cable television network’s newest program aims to provide up-to-date coverage of the NBA, including news about the day’s biggest NBA games and top headline stories.

“FanDuel TV was designed for viewers to watch and wager, and Run it Back will bring a 360-degree view of the NBA, including wagering trends, to our audience,” FanDuel’s Chief Commercial Officer Mike Raffensperger said in a press release. “Every NBA season offers its own unique intrigue, and as the narrative of each season unfolds, Run it Back will be there every step of the way.”

Besides making appearances on Run it Back, Charania will utilize FanDuel Sportsbook odds in his reporting via social media. His deal with FanDuel TV prohibits him from signing up for FanDuel daily fantasy sports and sportsbook accounts.

Run it Back leads into FanDuel TV’s morning talk show, Up and Adams, hosted by Kay Adams. The hourlong show offers daily sports and entertainment talk.

The newest addition to Arrington’s mini-network is the Trash Talk Podcast With Bubba Dub. Bubba Dub is a comedian and influencer who is expected to provide a blend of comedy and sports talk. Up On Game w/ LaVar Arrington, T.J. Houshmandzadeh, and Plaxico Burress and 2 Pros and a Cup of Joe w/LaVar Arrington, Brady Quinn & Jonas Knox are among Fox Sports’ programming that involve Arrington as an on-air presence.

“As we continue to deliver the best talent from all facets of media and entertainment, Bubba Dub is a game changer,” said Arrington, according to Barrett Sports Media. “He is unique, authentic, and super funny. We all can use a laugh from time to time, and with Bubba joining our team, that’s exactly what people will get. I believe our Up On Game Presents audience will enjoy his style of comedy.”