A Tribute To My Colleague And Friend, Bob Mann

Las Vegas lost a 'kind soul,' a voice that will be missed 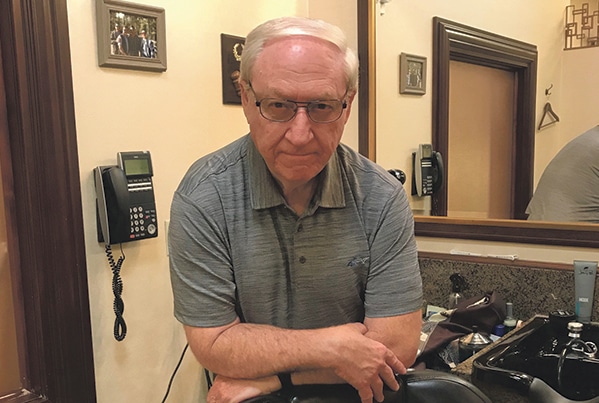 Robert H. Mann lived for 31 years in Las Vegas, and afforded me the past 18 months to soak up a few liters of the vast knowledge he collected from nearly half a lifetime spent as a journalist and businessman in “Sin City.”

Bob passed away of a heart attack at age 68 on Monday, not without touching many lives and making an indelible impression on this writer, in particular. Neither our friendship or working relationship lasted long enough. I enjoyed both equally.

A longtime Gaming Today columnist and entrepreneur in the parlay card printing business, a mutual friend introduced me to Bob in February 2018 about potentially contributing to Sports Handle. In our second exchange, he wrote, “I like having an editor to help make the story better!”

He certainly did.  And I liked having a writer who turned in thoughtful, clean copy, and was receptive to methodically working through a story on deadline or otherwise. Bob earned a journalism degree from Northwestern University in 1972, and his humbleness and desire to produce his very best lasted a career.

Of the roughly 85 stories he contributed to this speck of cyberspace, his first was “In A Regulated U.S. Sports Betting Market, Which Operator Will Be King?”

That came two months before the High Court struck PASPA, when he took stock of and handicapped the field of potential combatants (and later revisited it) in the ever-expanding and evolving sports betting market across the U.S.  Through his authoritative voice, varied experiences, and conversations with dozens of prominent industry figures he associated with (such as Roxy Roxborough, Johnny Avello and Jimmy Vaccaro), only a fraction of which I was even aware of, Bob delivered valuable color to the sports betting tapestry.

He and I corresponded almost daily via email, text or phone. Usually early, as Bob was very much a morning person. He taught me a few things about journalism, reinforced the value of word economy, and once chastised me for using a gratuitous expletive in print. Another lesson.

He also produced a number of historical perspectives about formative figures and events that warranted Bob’s treatments, such as “Remembering Legendary Las Vegas Linemaker Bob Martin,” “How Vegas Bookies Uncovered the 1994 Arizona State Point Shaving Scheme,” and “The Inside Story Of The Largest Super Bowl Bet Ever Made.”

I only got to spend a couple days with Bob in the flesh when I visited Las Vegas last October for G2E. I tried explaining to him the ease of Lyft and Uber, yet he insisted on picking me up from the airport. I took the ride. For that trip, he also arranged for me a personal tour of Don Best’s offices and trading room.

He was proud of the work we did together and kept a competitive fire that prompted him to occasionally relish when he saw a story we’d covered earlier: “We already wrote this!” he’d message me. A periodic guest on the Vegas Stats and Information Network (VSiN), last year he managed to name drop “Sports Handle” about seven times in just a five-minute segment, about six more mentions than I had bargained for. He really wanted us to succeed. I had to twist his arm to get that headshot/image above, which he only agreed to send me after he got a haircut. That one’s straight from the barber shop.

Born on Sept. 26, 1950, Bob is survived by his wife, Sondra, and a legion of professional and personal friends.

A lot of Las Vegans lost a good friend and a kind soul from their orbits. He unexpectedly entered and my impacted my life, a professional and personal sounding board, and for that I will always be grateful.

Farewell, Bob. You will be missed.