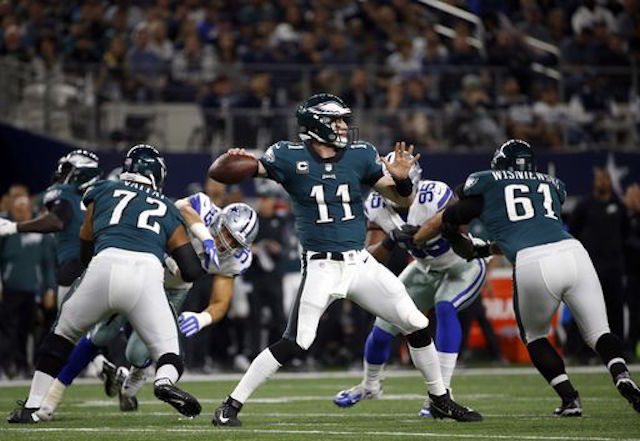 Participants in the Westgate Las Vegas SuperContest enjoyed one of their best overall performances to date in Week 11, scoring 2.88 points apiece as 66% of contestants notched 3 points or better and over 30% scored recorded a 4-1 record or better.

Favorites ruled the week in 9-4-1 showing and it might have been 10-3-1 if not for Seattle Seahawks kicker Blair Walsh’s missed field goal (on line but short) in the waning seconds of Monday Night Football — a 34-31 Falcons win in which special teams were not special at all.

Here’s the against-the-spread record (and other records) for NFL Week 11 and year-to-date, courtesy OddsShark. Then we’ll get to the SuperContest selections and look closer at the results: 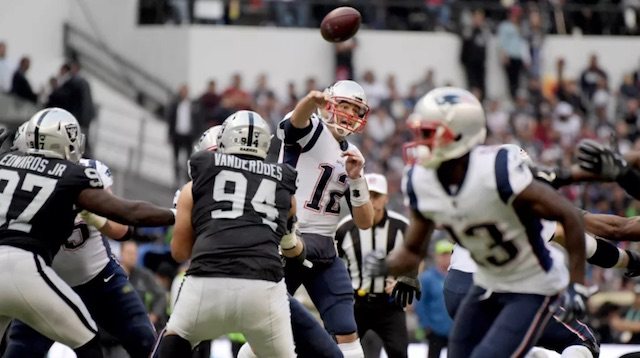 Here’s a snapshot at the most popular Week 11 picks among the field of 2,748 in the $1,500 per-entry contest that will pay over $1 million to the winner (courtesy FantasySuperContest):

The Philadelphia Eagles’ 37-9 blowout win over the Ezekiel Elliott, Tyron Smith and Sean-Lee-less Cowboys got support from nearly half the pool at 48.5% support. The game was a real contest in the first half until the Iggles exploded after the break. That -3.5 line was also pretty favorable as the line moved out to 6 or 5.5 where it closed. The game represented a major liability and loss for the sportsbooks. Same for the Patriots, who had support from 40% of the pool and covered by a mile in a 33-8 romp at high altitude in Mexico City.

The New Orleans Saints was the fifth most popular pick and the biggest loss for poolsters. The Saints’ incredible come-from-behind 34-31 overtime win over the Redskins had no bearing on the spread outcome, although it obviously impacted the money line outcome and was a heck of a game to watch. New Orleans’ ATS loss snapped their streak of seven consecutive covers.

As for the leaderboard: An old leader (after Week 8), GRAND DRAGON, notched a second 5-0 performance to vault back up from 5th place to 1st place. GRAND DRAGON is now 38-17 overall (69%). Last year’s first prize winner, POPS2008,  posted a 54-28-3 record (65.8%). With just six weeks to go, everyone including BIOSOFT SPORTS is now chasing the dragon and that’s actually a perfectly healthy endeavor.

Time to grind for Week 12! Remember we’ve got three Thanksgiving games up soon, which I’ll preview on Wednesday. Here’s a bonus video from the Weather Channel team’s hilarious but unfortunate live coverage experience of the Georgia Dome’s implosion in Atlanta:

I am CRYING. The Weather Channel set up for a live shot of the Georgia Dome being imploded, and at the perfectly wrong time … this happened (via @ajc): pic.twitter.com/LA0cXpC7oX