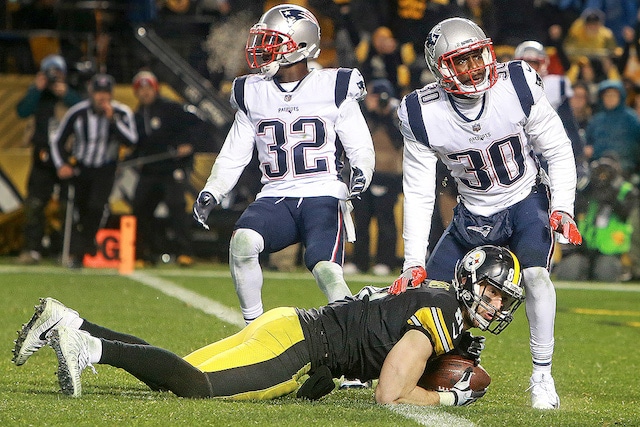 Regression has not yet arrived as NFL’s Week 15 betting slate produced only an average 2.5 points per player in the Westgate Las Vegas SuperContest. That’s a downtick from Week 14’s 2.63 per player and further drop from the 2.91 the week prior.

Big reason for the dip in scoring? Some absolutely wild finishes resulting in pushes for popular sides in the 49ers-Titans, Patriots-Steelers and Cowboys-Raiders. (In the SuperContest a push is not a loss; players collect one-half point on both sides.)

Here’s the against-the-spread record (and other records) for NFL Week 15 and year-to-date, courtesy OddsShark (referencing non-static lines as in theSuperContest). Then we’ll get to the SuperContest selections and look closer at the results:

Here’s a snapshot of the most popular Week 15  picks among the field of 2,748 in the $1,500 per-entry contest that will pay over $1 million to the winner (courtesy FantasySuperContest):

The Cowboys (-3) and Steelers (+3) followed right after the top five, both pushes, against the Raiders and Patriots, respectively. 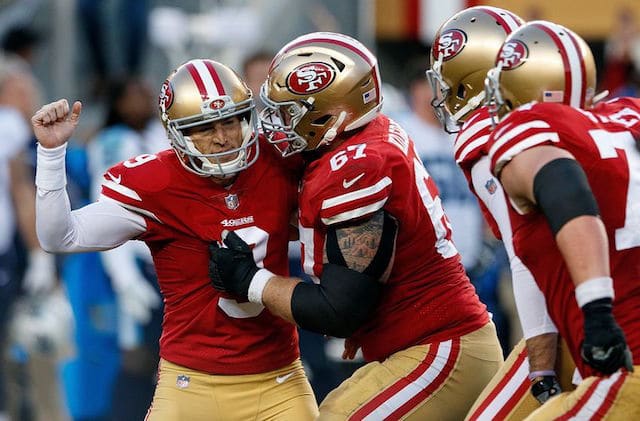 Two of the high-profile pushes — Pats-Steelers and Cowboys-Raiders — both turned on scrutinized but properly called plays… according to the convoluted NFL rulebook. Of course you’re aware that the Patriots game saw a would-be game winning touchdown reception by Pittsburgh’s Jesse James whose catch was overturned because the ball did not “survive the ground.” The loss of control while crossing the goal line resulted in an incomplete pass.

Raiders-Cowboys was decided when Oakland QB Derek Carr fumbled a would-be rushing touchdown out of the end zone with about 1:20 remaining in the game, resulting in a Dallas touchback. We’ll see if the Competition Committee can come up with a rational result in those cases, perhaps moving the ball back to the 20 for the offense.

One note on the straight-up Week 15 result: Favorites turned in an absurd 14-0 showing (two were pushes based on closing lines). As noted by ESPN Chalk’s David Purdum, referencing ESPN Stats and Information, favorites won every game straight up during an NFL week only twice since the 1970 merger: In Week 9 of the 2005 season and Week 5 of the 2006 season.

Going forward, perhaps bettors should just blindly fade the Browns and back the favorites on the moneyline…

All five players at the top of the SuperContest leaderboard remained there with a small bit of shuffling as THE VILLE dropped to 5th (1-1-3) from third, and BIOSOFT GLOBAL (3-1-1) and HOWDOIPLAY XX (3-1-1) moving up into third and fourth. The leader and silver medalist remain GRANNYS BOY (2-1-2) and SCHEMATIC ADVANTAGE (3-1-1), who are picking at 71.4% and 68.5% on the season. GRANNYS BOY holds a 1.5 advantage over SCHEMATIC. No pressure.

The grind is on for Week 16 with lines coming this afternoon and just two weeks of the regular season remain. Giddyup!