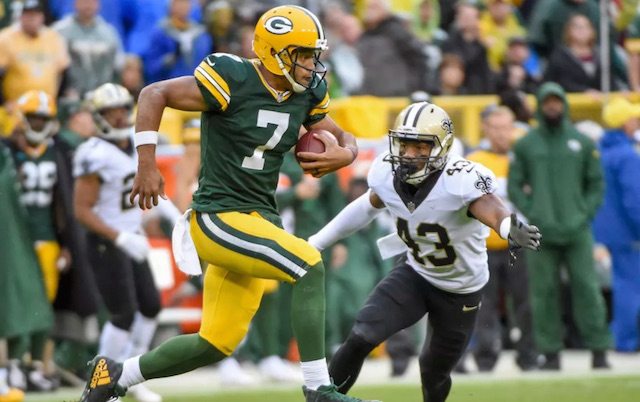 Sometimes you eat the spread, and sometimes the spread eats you. That’s the story of not-so-lucky number (Week) 7 in which each of the top 11 selections failed to cover, several in spectacular fashion. And the 12th pick only pushed! For reference, odds on an 11-team parlay are roughly 1100:1.

Here is the against-the-spread record (and other records) for NFL Week 7 and year-to-date, courtesy OddsShark. Then we’ll get to the SuperContest selections and the disastrous week that was and perform a bit of an autopsy:

Here’s a snapshot at the most popular Week 7 picks among the field of 2,748 in the $1,500 per-entry contest that will pay over $1 million to the winner (courtesy FantasySuperContest):

One week after underdogs barked to the tune of 11-3, it makes sense that more poolsters wanted to grab the points, while “sharp” bettors typically favor the pups already. But it only got uglier after the top five: As mentioned above, each of the top 11 selections — with 500-plus picks apiece — went south. The top winner came courtesy the Minnesota Vikings, who preyed on the Baltimore Ravens’ absolutely anemic offense and covered the 5.5-point spread in a closer-than-it-sounds 24-16 victory.

As for the the top consensus picks, the Steelers shut down the Bengals in the second half and didn’t allow an A.J. Green reception after the first quarter (six total targets) in a 29-14 win. Also Le’Veon Bell did this to Dre Kirkpatrick in a 35-carry, 134-yard rushing effort.

The Packers ran the heck out of the ball but Aaron Rodgers’ replacement Brett Hundley didn’t show much passing ability, nor did the game plan allow him to attempt much of anything downfield. The Panthers managed 20 first downs to Chicago’s five (5!!!) as Bears rookie safety Eddie Jackson provided the game’s only two touchdowns via a 75-yard fumble return and 76-yard interception return. Bears rookie QB Mitchell Trubisky attempted only seven (7!!! passes) in the entire game.

Both the Broncos and 49ers got pummeled as Denver’s offense has fallen into disarray and the winless Niners scratching their heads after rookie QB C.J. Beathard had to try to lead a comeback effort after behind 20-3 in the first half. Not a good spot for a rookie. 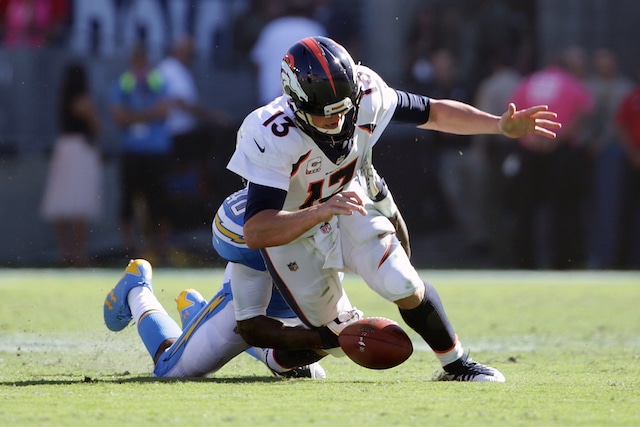 The 10-3-2 performance by favorites spelled 1.74 average points per entry in the SuperContest. Not pretty. For comparison, poolsters earned 2.39 points on average last week and 2.48 the week before.

“VEGASWEHAVEAPROBLEM” (whose owner has at least four entries) surged to the top of the standings with a 3-2 showing as “TUNNEL VISION” picked up just one win (Cleveland) but remains in a tie for the lead. A total of eight contestants share the lead with 25-10 marks. Better luck to everyone in Week 8!