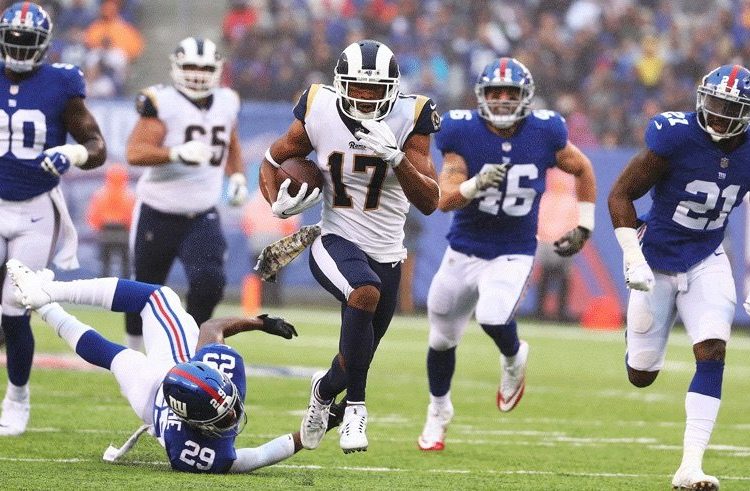 One day after the Las Vegas Westgate SuperContest Week 9 lines were unveiled, disaster struck the Houston Texans (again) on Thursday as emerging superstar, QB Deshaun Watson tore his ACL, ending his incredible rookie campaign. The line dropped from Colts +13 to +6.5 (or +7) but the static SuperContest line created a touchdown worth of value — and 61.5% of contestants took advantage.

Begs the question what the other 38% were thinking — some misplaced faith in backup QB Tom Savage and the defense to get the job done. Of course the Colts didn’t need any points: They won outright 20-14, buoying a very good NFL Week 9 result for poolsters as we’ve crossed the season’s midway point. In Week 9 nearly one-quarter of the players (22.2%) scored four points or better, as the average mark was 2.8 points.

Here is the against-the-spread record (and other records) for NFL Week 9 and year-to-date, courtesy OddsShark. Then we’ll get to the SuperContest selections and look closer at how it unfolded: 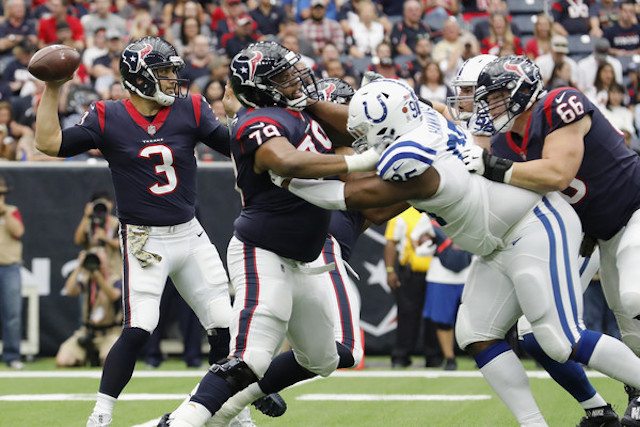 Here’s a snapshot at the most popular Week 9 picks among the field of 2,748 in the $1,500 per-entry contest that will pay over $1 million to the winner (courtesy FantasySuperContest).

Two blowouts and 51-point burgers factored into the top of the consensus picks as the Los Angeles Rams bludgeoned the lifeless Giants 51-17 as the Rams figure to become a popular favorite in the weeks to come. In case you missed the postgame remarks fromGiants head coach Ben McAdoo (for now), this summarizes Big Blue’s season nicely:

This is so hilariously depressing pic.twitter.com/O0wIr2T8dV

In Dallas, the Cowboys closed as about 2.5-favorites (compared with the +1 static line), a by-product of the delayed (yet again) Ezekiel Elliott suspension. No sweat there as the Cowboys handled the Chiefs 28-17. Kansas City had covered 6 of 8 games until dropping this road contest. 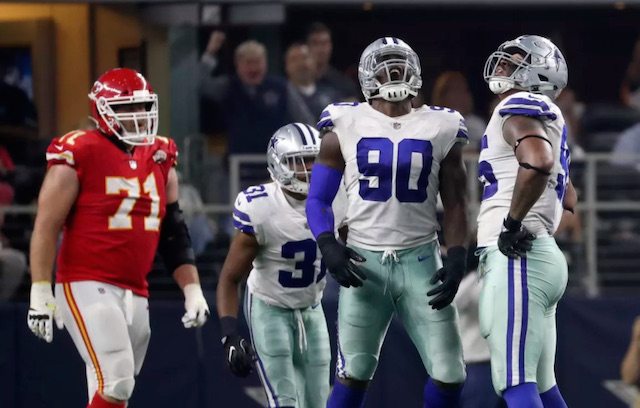 In Philadelphia, a lot of poolsters liked the Broncos as road dogs despite the return of Brock Osweiler under center for the Super Bowl 50 champs — after his long, strange trip through Houston and Cleveland and back to Mile High. But Osweiler is what we thought he is — an inept turnover machine who completed just 19 of 38 passes for a meager 5.5 yards per attempt in the 51-23 blowout loss.

The best and boldest picks? 6.5% of the pool pegged the New York Jets early in the week and relished Gang Green’s 34-21 blowout over the Bills. Also 9% of the pool had the guts and foresight to back the Redskins +7 at Seattle, despite two dozen Redskins injuries that touched every positional group. We’ll let Raiders right tackle Marshall Newhouse speak for the Seahawks backers as well as all the incorrect picks (he’s referencing his failed attempt to carry what resulted in a Dolphins fumble recovery):

Drumroll: The top of the SuperContest leaderboard includes what appears to be a pair of entries from the same player or group: BIOSOFT GLOBAL and BIOSOFT SPORTS now lead the pack with records of 31-12-2 and 31-13-1 respectively. This week those entries shared three common picks and selected different sides on the other two games. We’ll see if some sort of hedge play develops there. Time to start grinding for Week 10!