Lawmakers moved multiple bills through both chambers, but appear to have settled on one 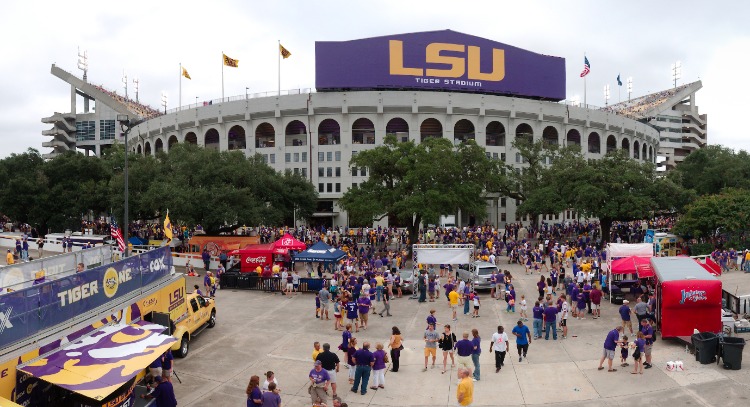 Louisiana lawmakers opted to put a second sports wagering bill on hold Thursday morning, a day after sending Gov. John Bel Edwards a referendum bill to sign. SB 378 was read and “returned to the calendar.” The House could take it up later in this session.

On Wednesday, the full House passed SB 130, which includes referendum language but no framework for legal sports betting in Louisiana. If Edwards signs the bill, the decision to legalize sports betting will go to the voters on the Nov. 3 ballot, marking the second time in two years that Louisiana voters will have a say in gaming.

The only differences between SB 130 and SB 378 are that SB 378 names the Louisiana Gaming Control Board as the regulator and defines the term sports wagering. It appears lawmakers were moving multiple bills through both chambers as backups, should one get tied up, and with the approval of SB 130 yesterday, a decision may have been made to put SB 378 on the back burner. On Wednesday, another bill, HB 357, was stripped of its sports betting language and is now designed to mandate regulations for daily fantasy contests.

Don’t expect to be able to bet soon

Neither Senate bill sets a tax rate, which lawmakers say they will handle in a special session. Setting a tax rate has proved to be a challenge for daily fantasy — which voters approved in 47 of 64 parishes in 2018 — because a two-thirds majority is required. That issue has come up several times as sports betting has moved through the Louisiana legislature, and lawmakers have said that they will tackle taxes for both — DFS and sports betting — in special session.

While legislators have fast-tracked sports betting this year, they’ve done so in a bare-bones fashion. Couple that with the need for voter approval, and even if sports betting is legalized it will likely be more than a year, and possibly two, before the first bet is placed.

So far, only a handful of states have gone from legal to live in six months or less, and in Louisiana there is no infrastructure behind the ballot initiative, which means lawmakers will have to come back to develop a framework for regulations, applications, and other administrative pieces.

Colorado, Indiana, and Iowa all were able to take the first sports bet within six months of legalization. But in all three cases, a detailed framework was laid out in legislation, and in some cases gaming boards were working behind the scenes ahead of legalization.

Though Louisiana does have regulated casinos operating in the state, lawmakers have not been quick to make decisions on sports betting. Legislators brought forward sports betting bills in 2019 and 2018, too. Last year’s attempt was weighed down by making it part of a larger expansion of gaming, and it died before a vote. The 2018 version never made it out of the Senate Finance Committee.

All the while, Mississippi has been open for sports betting, though only at sportsbook lounges at more than 20 casinos and not via mobile/online applications statewide. Mississippi has so far set aside legislation that would open the market up online, which is where betting interest has boomed in other legal states. The Magnolia State was the third to begin taking sports bets in 2018, just months after the Professional and Amateur Sports Protection Act was struck down.

Louisiana’s legislature is set to adjourn on June 30.