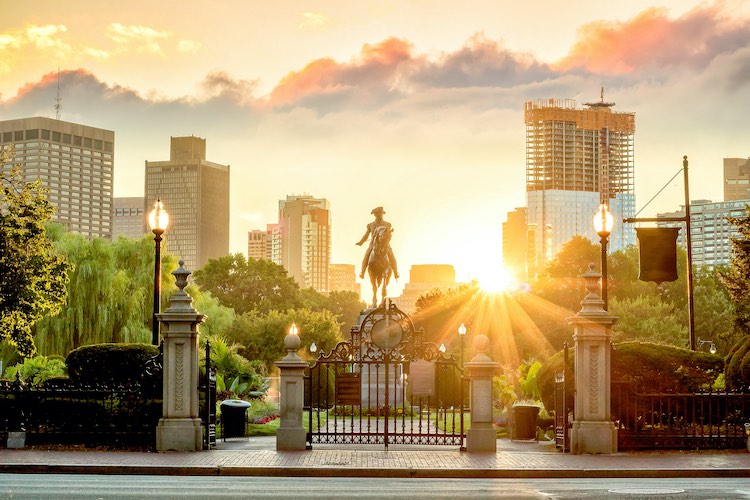 After discussion around legalizing sports betting had dragged on for years in Massachusetts, the General Court early Monday morning reached a two-minute warning of sorts and punched the ball into the end zone, according to a tweet from House Speaker Ron Mariano.

Mariano said the deal “will legalize wagering on professional and collegiate sports,” but VSiN reported that wagering on in-state college teams will be prohibited. The bill authorizes statewide mobile and retail betting.

“Today’s agreement is a huge win for Massachusetts consumers and major blow to the illegal bookies who have operated in the shadows for decades,” said iDEA Growth Founder Jeff Ifrah via press release. “The final product is a good deal for Massachusetts because it corrals the illicit market and welcomes an industry that is accountable and raises new revenues for the Bay State.”

The question of whether to allow betting on college teams had been a major sticking point, with the Senate pushing to ban betting on all college sports and the House in favor of allowing betting on all. The compromise could draw criticism from stakeholders who believe that failing to legalize across the board still allows the black market to thrive.

Lawmakers tasked in May with negotiating an agreement on two divergent wagering proposals found themselves battling for time to make a deal while also crafting an $11 billion infrastructure bill and dealing with far weightier issues — gun control and energy among them — on the final day of the session Sunday.

The latest version of the bill, which will head to Gov. Charlie Baker’s desk, includes a 20% tax on mobile wagering and a 15% tax on retail betting; eligibility for casinos and racetracks to claim retail licenses; and, according to VSiN, availability of seven stand-alone mobile licenses.

Bettors will not be allowed to use credit cards to fund accounts — likely a concession the House made in order to get something in return. The bill reportedly leaves out a proposal for a strict advertising ban initially put forth by the Senate. That proposal had called for a “whistle to whistle” ban on sportsbook ads during live sporting events. The concept would have been difficult, if not impossible, to implement, given that not all live Massachusetts sports broadcasts originate in the state.

I am proud to announce that the Sports Betting Conference Committee has reached an agreement on legislation that will legalize wagering on professional and collegiate sports in Massachusetts, bringing the immense economic benefits of a legal sports betting industry to MA. (1/2)

According to WCVB-5 and State House News, outgoing Gov. Baker, who supports legal wagering and filed his own bill several years ago, was playing politics as the session wound down.

“This has turned into an absolute meltdown in the last three or four days because of those tax credits, and because the legislature didn’t give Gov. Baker his dangerousness bill, he basically stopped working with them and so things have taken a turn for the worse,” said Craig Sandler, managing partner of State House News Service.

@MassGovernor, you’ve always said you’ll sign any sports betting bill that comes to your desk, get your pen out!

Over the weekend, frustrated bettors had plenty to say. Leading into the final negotiations, Twitter was alight with comments about lawmakers’ seeming inability to move forward. Here’s a sampling:

Dear Massachusetts lawmakers, I am tired of going to other states to sports gamble. @DraftKings headquarters is in Boston. Get it done! People don’t care about the lottery they would rather spend their money on sports betting!!

Today is July 31, 2022 and it's the final day left in the #Massachusetts legislative session. If a bill on #sports #betting is not passed forward, all members of the committee need to be held accountable at the ballot box in November @DKSportsbook @FDSportsbook @OverUnder985

Massachusetts lawmakers have spend five sessions bandying about the question of whether to legalize wagering and what it should look like. The House and Senate have never been on the same page with key details, among them the tax rates and whether to allow betting on college sports.

All along, stakeholders including the state’s three casinos, five professional sports teams, and operators have all but begged for legalization. That said, while DraftKings has its headquarters in Boston, the company has been publicly quiet, or at least non-combative, through the entire process.

Bay State lawmakers first began considering legal wagering when then-state Sen. Eileen Donoghue filed a daily fantasy bill in January 2018 that would have also created a committee to study, regulate, and explore taxing legal wagering. That was four months before the U.S. Supreme Court overturned the Professional and Amateur Sports Protection Act and made sports betting a states’ rights issue.

Donoghue’s bill did not get out of the legislature, and neither did any of the more than 15 that followed until early Monday morning. In that time, the gaming commission released at least one study on the economic impact of legal wagering in Massachusetts and publicly stated it would be ready to regulate wagering once it became legal.

Since 2018, every New England state other than Vermont has gone on to legalize, as has New York.