How The U.S. Legal Sports Betting Business Is Fundamentally Disadvantaged

Of course, there are advantages, too 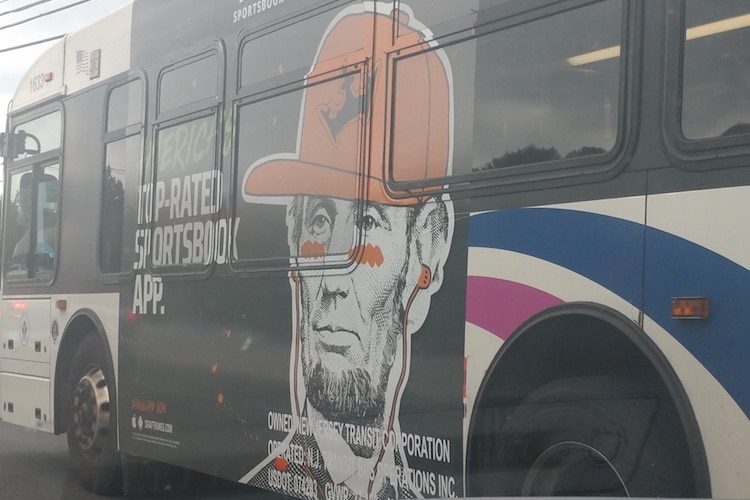 Not all bets are not created equal. With local bookies, operating through pay-per-head websites or otherwise, it’s a credit world. In regulated markets expanding all across the U.S., it’s quite different.

At a legal sportsbook, the bettor will have to “post up” the funds, meaning if he’s betting $22 on the Patriots to win $20, he must first put down $22 in some fashion — whether it’s cash at a counter, or by funding an online account and having those funds held, pending the outcome of the game.  (This is almost always the case, but see “credit card caveat” below.)

That means that for the vast majority of New Jersey’s ever-growing monthly betting handle, most recently $488 million in October, bettors placed wagers in the form of payments online through PayPal, online banking or ACH transactions (among similar methods). While 85% of wagers came online, the other 15% of transactions required posting up of the funds at physical sportsbooks — cash across the counter or inserted into sports betting  kiosks.

A bet’s a bet, but the fundamental financial transactions underpinning the competing illegal and legal markets creates different costs, opportunities, and challenges. While there was actually a bill introduced in Vermont early this year that would allow sports betting licensees “to extend credit to patrons,” that’s a unicorn clause.

And so the purpose of this article: Outlining the key differences in sports betting ecosystems built upon credit from illegal bookmakers versus posting up with legal books — two markets that will compete and coexist as state-sanctioned sports wagering rapidly expands across the U.S. The following represents those key points I am attempting to distill from conversations with half a dozen industry veterans.

New legal sportsbooks competing for eyeballs, ears and market share are cutting up a very healthy amount of cheddar these days to make their sportsbooks stand out above the noise. Some commercials, definitely not William Hill’s (I don’t care that he put his own name on the book 85 years ago), are more inspiring and less annoying than the others. If you reside in the New Jersey or Pennsylvania sports radio markets, you know what I’m talking about.

But the marketing costs expand far beyond the airwaves. Snail mail advertisements. Online advertisements. TV spots.  New Jersey transit signage. All those sign-up bonuses and free bets? The vast majority of bettors ultimately pay the books for the entertainment long-term, but there’s large acquisition spends involved. (And a moment for self-awareness: sportsbooks return an acquisition fee to websites such as this one for playing a role in the journey to becoming a sportsbook client.)

Take all of these expenses together, according to one insider, marketing expenses account for roughly 40% of the outfit’s total budget. The task of marketing is made more difficult when licensed books have to figure out how to spread money across states with different markets and different rules. Throw in regulatory and compliance fees and so forth, and really, as Rhode Island is finding out, there’s not as much revenue and tax dollars as many imagine. Or at least the bookmaker winner’s circle has a fairly low population. It’s just not that profitable an environment.

Meanwhile, credit-based shops do not have most of these expenses. Credit bookies don’t advertise and don’t have to give attractive bonuses. They have on-the-ground agents that they pay standard commission fees when a new bettor/client comes aboard.  Like marijuana in non-legal states, agents acquire new customers through referrals, through people they trust, people who are good for the money. You can’t extend credit to strangers. They meet face-to-face. Ultimately the agent is responsible to the book for the money.

(Note: There’s a difference between offshore post-up shops operating illegally in the U.S., and credit-based bookies, many of which operate in pay-per-head (PPH) models, where the agent pays a fee to have clients maintain accounts through a website hosted by the larger operation. In another part of the ecosystem, there are offshore post-up shops, and among the leaders is a book that rhymes with Brovada.)

But there are advantages

While legal books will be restrained by the inability to extend credit, their potential for clientele growth is big. They will be able to tap into a section of the population that probably will/would never transact with an illegal bookmaker. There’s a cost to engaging this cohort, but they will have solid lifetime value if the book is good enough to retain and entertain the player.

Many legal books are crawling over each other to reach the Barstool Sports audience (FanDuel, SugarHouse and PointsBet are among the partners so far). (Barstool also dumped on a offshore bookmaker that illegally accepts patrons in the U.S. after an employee picked a fight with El Presidente on social media.) In general, legal books are reaching new audience, a massive field of oil laying dormant under the weight of legality, just waiting to get tapped.

And when some media conglomerates wake up, penetration into U.S. audience by illegal bookmakers will wane, in favor of state tax-paying sportsbooks. Consider this example: Stadium Sports Network is owned by Sinclair Broadcast Group, which is the largest owner of stations affiliated with FOX and ABC. As you may be aware, FOX now offers a sportsbook, FOX Bet. Now take a look here at this segment from Oct. 17:

Many sportsbooks have found a home in the Apple app store already, but not Google Play. (Online casino apps face greater compliance struggles.) Obviously, you cannot find illegal credit bookmakers in the Apple or Google stores.

That’s a pretty major marketing channel, and way that legal books will be able to generate customers that perhaps have never wagered before, and would never do business with a credit shop.

Most every betting ticket produced in regulated markets represents dollars actually funded, meaning the potential loss is already in hand. Not so for credit bookies. So it goes with credit.

As a result, credit bookies sometimes have to eat those losses. It’s a cost of doing business. So while the ceiling may be higher, there may be holes in the floor.

But remember, credit bookies aren’t offering bonuses on the front end. So forgiveness of some losses is a kind of customer retention method. Lifetime customer value may run longer as a result. The agents know the customers, know the faces, very likely know how much money the bettor really has. Bookies do their due diligence and generally extend lines of credit that are within proper bounds. Cut the guy a discretionary break and maybe he remains a client, paying the majority of his debts over a longer period of time.

The best bookies are the best collectors, and sometimes that means writing off some dollars. While it happens, sure, bookies aren’t going to break your fingers. Consider this view from a New Jersey bettor who spoke with us on the condition of anonymity, about his relationship with his guy:

“My bookie is good people. Over the last eight years, we’ve spent countless hours together at ball games and playing poker. I like the fact that my bookie is flexible in regards to our collect and payout number. I don’t need to meet him each week for just a few hundred dollars.  We have a preset number and once my account reaches that number, we settle up.”

Some state regulations do allow Visa and Mastercard transactions for some gambling transactions. New Jersey included. Acceptance rates by the issuing banks are low, but you can get some of those credit transactions through.

Even when approved, though, this is not the same kind of credit. The credit card is not your friendly neighborhood bookmaker. You have a certain, fixed amount of time to pay back the debt.  If you don’t? Your credit score is going to take a beating. Never mind the financial dangers of gambling on credit, there are other severe consequences.

Even in the ever-expanding number of states turning legal, credit bookies are likely to continue to exist, and in the absence of heightened law enforcement, thrive.

Many bettors will stick with their guys regardless of the availability of legal post-up shops. The product — betting on sports without having to post up the money — sells itself.