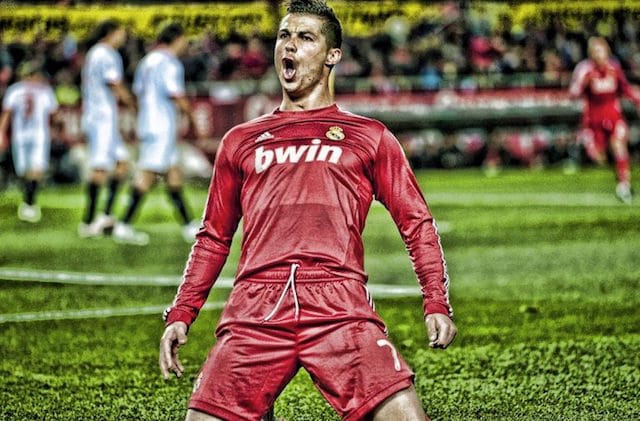 Outside the United States, soccer (football) is the world’s most popular game and legal sports betting is as much a part of game day as a cold beer. And sportsbooks and betting companies represent almost half English Premier League’s (EPL) principal sponsors, replacing brewers from past seasons, per former EPL CEO Rick Parry.

This Monday the United States Supreme Court heard oral argument in Christie v NCAA and if New Jersey (“Christie”) prevails in having the federal ban lifted on sports wagering outside Nevada, the NCAA and professional sports leagues will move quickly to secure advertising partnerships as part of monetization strategies. In fact, figuring out how to monetize legal sports betting for leagues has been one of the last great hurdles to expanded legal sports betting in the U.S.. And so the leagues are looking to the international sports betting market and soccer federations for insight and best practices on advertising and partnerships.

With that in mind, SportsHandle caught up with veteran, international gaming and betting consultant Keith McDonnell (his full bio appears below) on how international leagues successfully balance integrity with profitability, and how the U.S. leagues can do the same.

International Soccer, Especially the EPL in the U.K., Has a Longstanding Relationship With Sports Betting And Can Serve as a Model for U.S. Leagues to Monetize In an Environment With Expanded Legal Sports Betting

SportsHandle (SH): For how long have partnerships and sponsorships existed between EPL teams and sportsbooks/betting partners?

Keith McDonnell (KM): Betting is an established part of culture in the United Kingdom (UK) and while there has been a spike in shirt and perimeter deals over the last 10-15 years, betting companies have had commercial agreements with football clubs in the Premier League for decades. This is through the provision of physical betting booths in stadia and progressing to online betting partnerships.

More recently, the trend has seen a number of Asian brands acquire the necessary licensing to sponsor Premier League teams. This helps them capitalise on the huge global TV broadcast coverage the EPL generates, and specifically gives them a channel into the front rooms of many Asian consumers they would otherwise not be able to reach.

SH: What are the most profitable forms of advertising sponsorship? Is it logos on jerseys, banners in stadiums, television or digital advertising?

KM: In some cases shirt deals will be more beneficial to betting partnerships or stadium advertising deals, but with any of them, if you want to maximize new customers and business there has to be a solid activation plan in addition to basic brand exposure. Sports sponsorship is mainly a brand exposure play – a method to get your brand in front of millions of eyeballs and build credibility at the same time. To maximise returns, engagement is then needed and typically an operator should look to invest a further 50% of the branding expense when trying to maximise financial returns. “Profitable” is the key term here because the return that gambling operators see is usually linked to the associated activation methods they use in generating revenues. 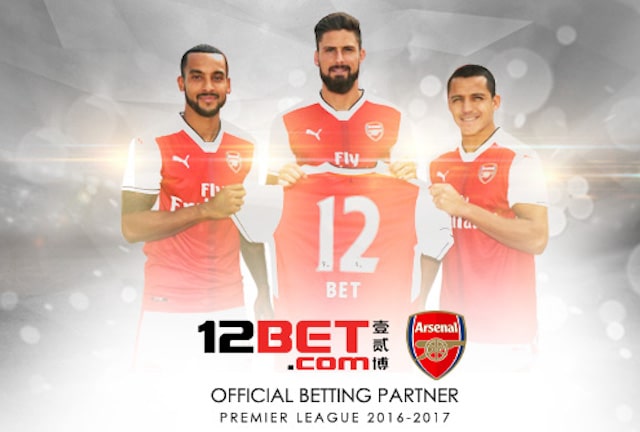 SH: Are the sponsorship arrangements between betting sportsbooks/partners and individual teams (such as Manchester United), or does the league, in this case, the EPL, dictate parameters or restrictions?

KM: In Europe this happens at the club level with the club responsible for ensuring the gambling company has any necessary licensing in place. The governing bodies will monitor deals done and will ask the club questions if they have any concerns, but it is up to the club and the betting companies to negotiate deals, contract terms and adhere to any local licensing and regulatory requirements.

SH: How does sponsorship revenue from betting companies/sportsbooks compare to sums generated with other sponsors, such as apparel or beverage companies?

KM: Betting companies are the one of the largest sponsoring categories within the leisure sector. This manifests itself through sponsorship of many shirts of mid-lower table teams (not the top six), betting partnerships, perimeter ad deals and some stadium sponsoring. 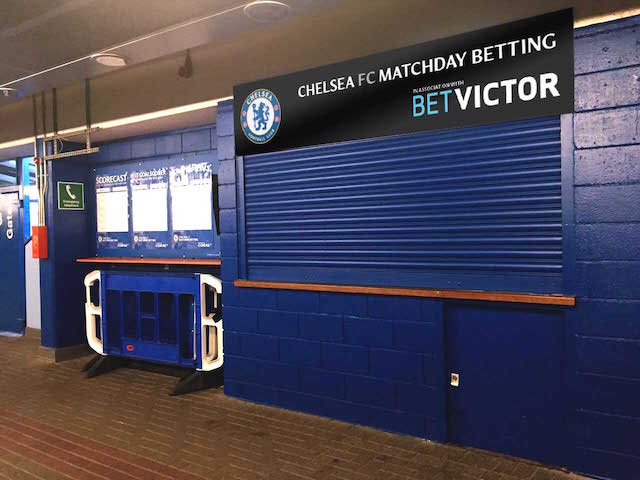 Industries that spend more, and usually on the top six teams, include Financial Services (e.g. Standard Chartered shirt sponsor of Liverpool), Airline Travel (e.g Emirates and Etihad shirt and stadium sponsor of Arsenal and Manchester City respectively), Automotive (e.g. Chevrolet, shirt sponsor of Manchester United) and bizarrely, Car Tyres (e.g. Yokohama Tyres, shirt sponsor of Chelsea). Betting companies do a good job at understanding the cost/benefit of sponsorship deals and know when clubs are asking too much when assessed against what they are likely to get in return.

SH: Are sponsorships with betting companies widespread throughout the U.K. and Europe? Are there any sports/leagues, such as rugby, cricket or basketball, that have maintained a distance?

KM: Most countries allow sponsorship from betting companies across all sports with some notable exceptions including France and Turkey (for regulatory and licensing reasons). This results in teams visiting those countries having to wear adapted shirts if their primary sponsor is a betting company.

The Nature of Advertisements, Integrity and Individual Player Deals

SH: Can you describe the nature of most of the advertisements? Do they promote bonuses or big matches or tout some feature?

KM: There are strict rules as to what can and can’t beside within a betting advertisement that forms part of a sponsorship campaign. Brands want be seen to “entice” people into having a bet so use of bonuses or free bets are prohibited. The promotion of live prices that update as a game progresses is okay, as is pure use of brand name and general marketing messages about what that brand stands for. 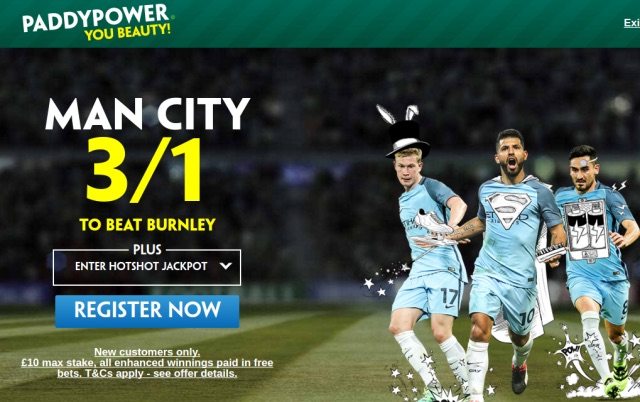 SH: What are some examples of betting companies successfully activating their deals and enhancing the match day experience?

KM: In-stadia betting is a convenience for fans but as in-stadia WiFi improves, the need for this will drip off as fans revert to their phones to have a bet.

The way betting companies engage the fans is what distinguishes one sponsor from another and helps activate the fan base most effectively. This could be through some half-time marketing stunt (e.g. turning perimeter boards into a virtual roulette wheel to pick a fan from the crowd) to “money-can’t-buy” rewards.

SH: Do many advertisers use individual players and ambassadors?

KM: This works well when individuals have good profiles on social media and big numbers of followers in the regions where the sponsor is most interested. For example, BetVictor has used Michael Owen in Asia for a number of years now and it’s worked well for them. Owen played for some of the most globally recognised clubs in the world (Liverpool, Real Madrid, Manchester United) and because of that he built up a huge following in Asia. BetVictor leverages that through their deal.

SH: Do deals with individual athletes have to flow through a team?

KM: No – but out of courtesy if there is a link between the player and the club (even if retired) the club should be made aware of it.  Right now in the NFL, players cannot even have an alcohol company sponsor. 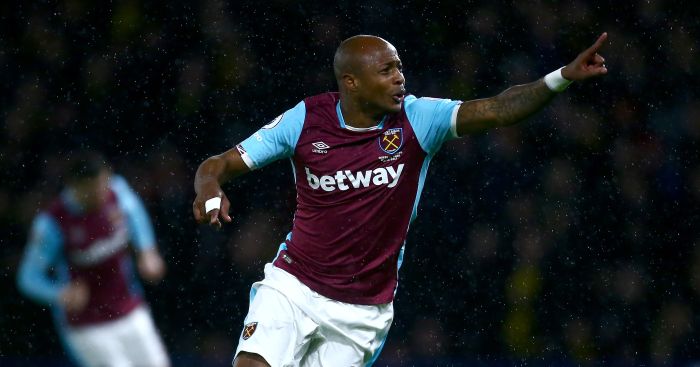 SH: How do the fans perceive the betting company sponsorships?

KM: Like buying a hot-dog or beer when going to a game, having a bet and seeing betting company names on shirts or perimeter advertising are as much a part of the match day experience as anything else. They are completely used to it. If it brings revenues to their club, they are happy with it. Most gambling operators take the right stance and don’t include their logos on shirts for minors.

SH: One concern I think the leagues have — the NFL and NCAA mainly — is the “optics” of making money via sports betting. Especially considering their history of staunch opposition on the basis of “integrity of the games.” How do you think the leagues here can monetize while still claiming some moral high ground?

KM: History has shown us that legalising and regulating any activity is a far better way of maintaining integrity than driving it underground. Through close associations between the leagues, the clubs and the betting companies, systems are in place to far more easily identify suspect betting patterns than would be the case were these relationships not in place.

In the States, the leagues need to look at how this has worked in countries such as the UK and understand how they can play a role in driving integrity by bringing these matters to the surface. These systems will require funding and that’s where some form of betting levy back to the leagues can come into play. Let the clubs play their part in funding a program for betting integrity by contributing to a system that the leagues drive. Data provision companies, such as Genius Sports, also have a huge role to play as they can monitor the bread-crumb trail of betting activities, pick up on irregular trends, and work with Operators and regulators to ensure integrity is maintained.

SH: Can you describe how the betting companies work with regulators?

KM: Compliance is a full-time job. Requirements are becoming more onerous to ensure betting by minors, money laundering and other general areas of fraud are kept to a minimum. Betting companies employ teams of people to manage these issues by monitoring internal processes and reporting regularly to the betting regulators.

SH: Can you cite an example where betting companies detected some suspicious betting pattern and alerted regulators or a team? What happened?

KM: I won’t mention names but there was a huge influx of money on a tennis player to win. His opponent won the first set 6-0 and the first game of the second set 1-0. The player who was leading then retired. Under the rules of this betting company, a match was not considered

void if the first game of the second set has been played. The huge influx of bets had been on the player that was getting beaten (badly). This clearly pointed to something very suspect and the betting  company alerted the governing body who investigated.

Keith McDonnell has been in the International Online Gambling sector for over 17 years. He filled senior roles within the online divisions of major international brands such William Hill and the UK Tote and and also spent time running a global brand in the Philippines.

In 2011, McDonnell set up kmigaming.com to assist operators, both Asian and European, with areas such as licensing, operations, recruitment, product and marketing strategy and sponsorship. More recently, he has taken a number of shareholdings in niche industry businesses and non-gaming ventures and is a regular attendee at most key European, Asian & US Gaming Conferences.