Lesson Learned? Legalizing Wagering Via Initiative Is No Easy Task

Operators will likely close out 2022 with two failed legalization attempts 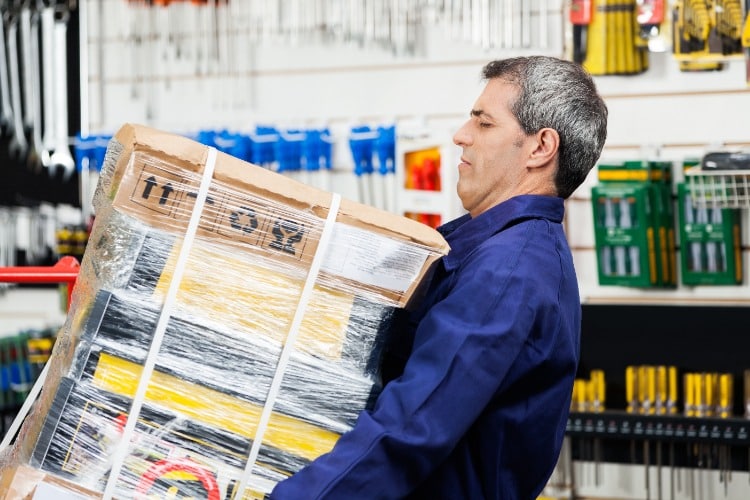 Between May 2018, when the Supreme Court overturned the Professional and Amateur Sports Protection Act, and November 2020, voters in six states legalized sports betting. Against that backdrop, commercial operators announced in 2021 that they would run initiative campaigns to legalize sports wagering in Florida and California.

The Florida attempt didn’t even get on the ballot. And if current polling is on point, it appears that the California effort, backed by Bally’s, BetMGM, DraftKings, FanDuel, Fanatics, PENN Entertainment, and WynnBET, won’t come near the simple majority needed to pass.

Prior to 2021, four out of six proposals that voters weighed in on were put on the ballot by lawmakers. In most states, constitutional amendments can be offered either by the state legislature or by citizens backing an idea. In Colorado, Louisiana, Maryland, and South Dakota, state legislators sent the question of legal wagering to the ballot. And in all but one case, a simply worded question passed easily. Only in Colorado, where anything involving a tax has to go to voters, did stakeholders sweat on election day.

“Voters can be finicky animals,” Brendan Bussmann of gaming consultancy B Global said. “Regardless of the pathway to the ballot, you better be up in the lower 60s to survive the potential death of a thousand cuts that these issue-based campaigns tend to endure. See Colorado as an example where individuals took that race for granted and squeaked it out by 12,000 votes.”

But when operators last year decided to mount citizen-backed campaigns to get on the ballot in Florida and California, they discovered — the hard (and expensive) way — that initiatives can be a much heavier lift. While referendums go straight from the legislature to the ballot, initiative campaigns must first gather enough signatures to qualify.

In Florida, DraftKings and FanDuel, which partnered on a statewide digital wagering proposal, pulled the plug after spending $37 million and before the deadline to gather signatures hit. Stakeholders say they started the process too late, but they also faced heavy opposition from the Seminole Tribe, which has a monopoly on gaming in Florida, and potential election fraud.

#Barstool founder becomes allies with #FanDuel and #DraftKings in pursuing pathway to launch in Florida.

Portnoy’s dramatic entrance is somewhat fitting given the chaos that has surrounded sports wagering in the Sunshine State.

While losing in Florida hurt, the operators had their eye on a bigger prize — California. With nearly 40 million residents, the state is considered the “holy grail” of gaming, but legalizing there won’t be easy. While operators likely will have to find a way to work with just the Seminole Tribe in Florida, California has more than 60 gaming tribes, and nearly every one of them has been willing to spend to keep commercial operators from winning.

In what will be the most expensive initiative campaign in history — upwards of $450 million has been raised — California’s tribes appear poised to defeat the commercial statewide digital wagering proposal. The latest polls show the initiative, Proposition 27, will get the support of anywhere from 27% to 37% of voters, well short of the 50% needed to pass.

The tribes put forth their own proposal, Proposition 26, which would allow for in-person retail wagering at tribal casinos and four horse racetracks. Indian Country spent little to promote Proposition 26, instead focusing on killing Proposition 27. Polling suggests Proposition 26 won’t pass, either.

A look at proposals that passed

This year looks to be the first since 2018 that a wagering-related ballot proposal will fail, as proposals in 2018, 2019, and 2020 all passed. Voters in 10 New Hampshire towns in 2019 did vote on whether or not to allow sportsbooks in their respective jurisdictions, but digital and retail wagering were already legal in the state.

In four of the states that passed referendums, the state legislatures followed up the vote by passing framework, including setting tax rates, and in all cases, state agencies had to create and pass regulations.

Bussmann said that the initiative and referendum process “allows you to circumvent the legislative process” and can result in quicker resolution. But proposals put to voters often need to be tweaked in the legislature — and, of course, there is no guarantee a proposal will pass.

“Making the sausage in the legislative process is not the easiest and it can take years in some cases to get to a compromise, which is why the referendum process tends to be smoother from a policy standpoint,” Bussmann said. “It doesn’t mean that the voters will always approve it, though.”

With this year’s election three weeks away, here’s a look back at what states legalized when, and where they are in the process of launching live wagering.

Arkansas: In the eighth state to legalize wagering, Arkansas voters approved an initiative on Nov. 6, 2018, and live retail wagering was available the following July. Mobile sports betting didn’t get to Arkansas until earlier this year. Arkansas was the first state to send the issue of wagering to the voters, and the initiative was backed by the “Driving Arkansas Forward” committee. The measure won with 54.1% of the vote. The committee raised $10 million, compared to $154,000 raised by the opposition.

Colorado: Colorado voters approved a wagering referendum put forth by the legislature by a slim margin on Nov. 5, 2019. The measure was on the ballot because anything involving a tax in Colorado has to go to voters. Proposition DD imposes a tax on operators and creates revenue for the state, but the wording on the ballot made it appear that a tax would be levied. Though the tax revenue is earmarked for state water projects, it was a tough sell and passed with 51.4% of the vote.

UPDATE: The Associated Press has called the Proposition DD race. The measure to legalize sports gambling in Colorado in order to pay for the water plan passed by about 20,000 votes.https://t.co/2DDo4Y9W8K pic.twitter.com/szqIy1fgdb

Louisiana: The only state in which voters decided parish by parish whether or not to legalize, those in 56 of 64 parishes approved legal wagering on Nov. 3, 2020. By June of 2021, lawmakers had set the framework, which includes digital betting, retail betting, and lottery kiosks at certain locations. The ballot question was straighforward: “Shall sports wagering activities and operations be permitted in the parish of PARISH NAME?” The first retail bets were taken on Halloween 2021, and the first digital platforms launched Jan. 28, 2022.

Maryland: In the middle of COVID shutdowns, Maryland lawmakers opted to slim down their legal betting discussion and send one simple question to voters: “Do you approve the expansion of commercial gaming in the State of Maryland to authorize sports and events betting for the primary purpose of raising revenue for education?” The answer was a resounding yes, with 67.1% of voters supporting the measure. Six months later, lawmakers hammered out a framework for what legal wagering would look like, and on Dec. 9, 2021, the first in-person bets were taken. Earlier this month, the lottery pointed to a mobile launch before the end of 2022, and the application window for digital platforms closes Friday.

Nebraska: In 2020, voters approved a package of measures that legalized “games of chance,” which is not the usual definition used in relation to sports betting. The expansion of gaming passed by a margin of nearly 2-1 on Nov. 3, 2020, but nearly two years later, no legal sports bets have been placed in the state. After the constitutional amendments were passed, lawmakers had to go back and define what qualified as a “game of chance,” and during the legislative process, former Nebraska football coach Tom Osborne was vocal in his opposition to legal wagering. When Gov. Pete Ricketts signed a legal betting bill in May 2021, it was for in-person wagering only.  The state racing and gaming commission is set to meet Friday to vote on proposed rules for wagering, but no start date has been set.

South Dakota: Voters approved Amendment B by a 58.5%-41.5% margin on Nov. 3, 2020, and lawmakers later created a framework for sports betting. The amendment was only to allow for retail wagering in the tourist town of Deadwood, though tribes in the state can also offer in-person wagering. The first bets were taken on Sept. 9, 2021, the first day of the NFL season.