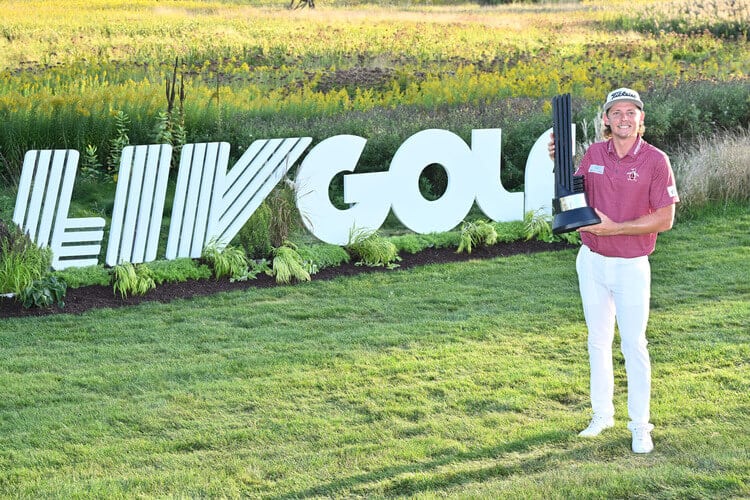 At the end of August, LIV Golf added six marquee golfers to its circuit, including Cameron Smith, The 2022 Open champion. Smith made his LIV debut last week in Chicago, and the pre-tournament betting favorite delivered on his hype, winning the event by three shots over Dustin Johnson and Peter Uihlein.

Yet the event felt largely irrelevant. Perhaps that’s due to mere thousands of people watching on YouTube — LIV has yet to secure a TV deal — or the fact that a fall golf event has to compete with football viewers. It could also be due to LIV’s uncertain place in the golf landscape, which stems in large part from the league’s controversial ties to Saudi Arabia.

Even though Smith’s win lacked hype, it didn’t go completely unnoticed. ESPN and CBS were among the national media outlets to cover Smith’s victory. And it’s impossible to discredit Smith’s ability, as he clearly looks like one of the best players on the planet.

With LIV building up a stronger collection of players, it becomes harder to ignore — unless, of course, you’re the Official World Golf Rankings. Is the league starting to gain interest among fans and sports bettors after a few U.S. events?

Jeff Sherman, SuperBook Sports’ vice president of risk management, said LIV is gaining some traction in the sports betting community. Sherman added that a typical LIV event attracts about 40% of the handle of an average PGA Tour event.

That interest could grow in future years, though, especially once serious handicappers can use course history and recent LIV results to guide wagering decisions.

“I think it’s a challenge regardless, because people that handicap the PGA Tour and even the [DP World Tour], LPGA Tour, there’s a lot of familiarity with the courses that they play, and here on LIV there isn’t,” Sherman said. “When people are taking it and they’re handicapping it, having that type of uncertainty, I think that is going to be a restrictor.”

It’s worth noting that only a few states even allow sportsbook operators to offer LIV Golf betting odds.  Arizona is one. The state’s Department of Gaming requires operators to submit written requests for sporting events previously unauthorized for betting, which means the agency needs detailed information on the integrity of the event and how wagers will be placed and graded.

BetMGM, Caesars, and DraftKings are among the mobile sportsbooks to accept LIV Golf wagers in Arizona, suggesting the state’s Department of Gaming was satisfied with the integrity of the tournaments. DraftKings lists LIV odds in Arizona, Connecticut, Illinois, New Hampshire, Oregon, Wyoming, and Ontario.

“After reviewing the LIV market, which was fairly new at the time the request to approve it was made, SWAC staff determined that it should not be approved at that time,” SWAC Executive Director Mary Beth Thomas said via email.

That decision allows for the possibility of reevaluating LIV Golf in the future. If other jurisdictions start allowing LIV Golf odds, which could happen if the league becomes more widely accepted, the upstart tour could attract more bettors. Betting an LIV event becomes particularly appealing if it coincides with a weak PGA Tour field, and the weakening of PGA Tour fields is a likely future consequence of LIV’s existence.

“We now have a large group of names, Dustin [Johnson], Brooks [Koepka], Bryson [DeChambeau], Cam [Smith], [Joaquin] Niemann, etc. that would show up to some of the lower-end events and strengthen the field, add some intrigue in an ‘off week’ event,” Chris Murphy, a golf writer for The Action Network, said in an email interview. “As that list grows on the LIV side, the worse and worse those smaller events get, leaving us with more John Deere Classic type fields (no offense to the great JDC) and weakens events like the Waste Management, Arnold Palmer Invitational, etc.”

Speaking of weakening fields, LIV Golf’s impact will be felt at this week’s Presidents Cup.

The annual event, which begins Thursday afternoon, is a team golf tournament between a 12-player American team and a 12-player International team. Members of LIV Golf are ineligible to compete, which has reduced the talent on the International side.

Smith, Marc Leishman, Niemann, and Louis Oosthuizen are among the noteworthy players not on the International team, which does not include European players (who compete in the Ryder Cup).

“I compared it in my write-up to the ‘Miracle on Ice,’ as this is just so lopsided with the Americans fielding half of the top 10 players in the world and the Internationals having to put together a squad of many guys that didn’t qualify until LIV took the likes of Cam and Joaquin Niemann,” Murphy said.

Sherman chuckled as his trading team looked over each side’s roster.

“I showed some of the risk managers in the room the two teams and they’re like, ‘Come on, are they really playing this?’” Sherman said. “We try to think of factoring in what the Sunday single prices are going to be because that’s the easiest approach, and the U.S. is going to be enormous favorites in just about every one.”

DraftKings has the U.S. side at -700 to win the event. The Internationals are +700. Murphy, despite the short odds, thinks he’s going to take the Americans, who are 11-1-1 in the event’s history.

“If you follow any betting that I do, you know I like to take longshots in golf, but I just don’t see any scenario where this tournament is close, much less lost by the Americans,” Murphy said.

Murphy likes that the event is in Charlotte, North Carolina, giving the U.S. side a home-crowd advantage. The U.S. side can also dictate course setup, potentially another advantage for the long-hitting Americans.

“I truly see this one as a free square, which is a scary thought for betting, but I’m buying in straight up and in some parlays to ease the odds alongside some of my favorite football plays this weekend,” Murphy said. 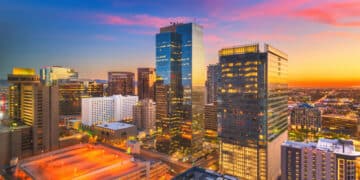 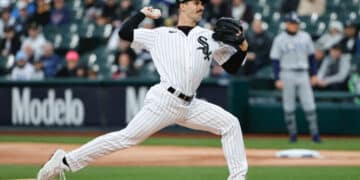