Of the seven jurisdictions that allow pro venue licenses, upstart tour could potentially get into four 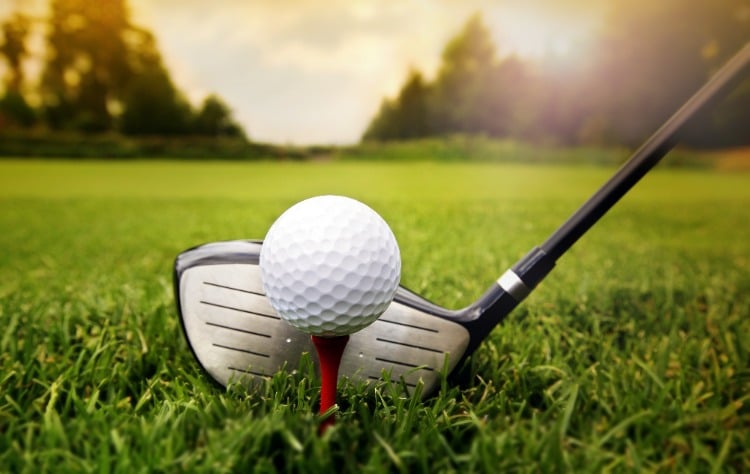 Consumers can already bet on a birdie in every legal sports betting state — and soon will be able to bet just steps off the fairway at a brick-and-mortar DraftKings sportsbook at TPC Scottsdale during the PGA Tour’s annual Waste Management Open.

Could there eventually be an opportunity at another golf course in Arizona? Or at a course in any sports betting state that hosts an LIV Tour event?

Given all the hubbub around the LIV Tour, we mulled the question of whether that tour could get into the legal sports betting game, if it sticks around long enough. The short answer is, “Yep, it looks like the LIV Tour could potentially be licensed for sports betting.” But read on to find out where, how, and how likely.

From the day Phil Mickelson announced he’d participate in the controversial Saudi-backed LIV Golf tour, it has been in the news. The day the new tour teed off in London last week, the PGA Tour announced suspensions of the 17 players who agreed to play in rival LIV events. The list includes Mickelson, former world No. 1 Dustin Johnson, 2017 Masters winner Sergio Garcia, 2010 U.S. Open winner Graeme McDowell, and Lee Westwood, who has finished second or third in six majors. Of the 17 suspended players, 10 have resigned their PGA Tour memberships.

LIV events jump across the Atlantic for four dates in the U.S. beginning June 30 at Pumpkin Ridge in Oregon, followed by tournaments at Trump National in New Jersey (July 29), The International in Massachusetts (Sept. 4), and Rich Harvest Farms in Illinois (Sept. 16). The next two tournaments are in Thailand and Saudi Arabia before the tour wraps up its inaugural season at Trump National in Florida (Oct. 27).

Sportsbooks around the U.S. are taking bets on the tour, including DraftKings and PointsBet, both of which also have a relationship with the PGA Tour. Rush Street International also accepted wagers on the first LIV event in some North American jurisdictions, while BetMGM and FanDuel did not.

Suffice to say, this new tour is creating controversy in all sectors.

Since the LIV Tour teed off, it’s created a rift among pro golfers that heated up this week with PGA players calling out their now-LIV counterparts ahead of the U.S. Open:

.@McIlroyRory doesn't feel sympathy for the players who have joined LIV Golf. pic.twitter.com/ym8N6wZiyD

The verbal sparring will likely only intensify as the LIV Tour preps for that first U.S. date, and with players from both tours mixing it up on the links at The Country Club in Brookline, Massachusetts, this week for the U.S. Open.

Of the LIV’s five U.S. stops, wagering is legal in two — Illinois and New Jersey. Could that present an opportunity for the tour to partner with a sportsbook? It’s a possibility in Illinois, but not in New Jersey, which doesn’t allow for on-site betting at professional sports venues.

Laws in Arizona, Illinois, Kansas, Maryland, Ohio, Virginia, and Washington, D.C., allow for wagering at professional sports venues or for professional franchises to have access to digital wagering licenses. In every case, the team or venue isn’t directly involved in wagering, but rather partners with a sportsbook, which then offers betting. The venue serves merely as a point of access while a sports betting operator runs the sportsbook.

Of those seven, five currently offer live wagering, while regulators in Kansas plan to launch operators later this year and Ohio is set to do so on Jan. 1, 2023. For fun, we took a look at where the LIV Tour could, potentially, someday get a license, if it meets a state’s specifications:

The state allotted 10 licenses for professional sports franchises/facilities and so far has issued eight, including one each to TPC Scottsdale and Phoenix Raceway. TPC Scottsdale will partner with DraftKings through an agreement with the PGA Tour, and Barstool Sportsbook will be the operator at Phoenix Raceway. The state still has two licenses for professional sports franchises/facilities available, so if the tour meets the qualifications, why not try?

Verdict: It’s possible. If the LIV Tour had a regular stop in Arizona, there’s no reason it couldn’t apply for a license.

Under current law, Illinois allows for wagering at sports venues that seat 17,000 or more, though Wintrust Arena (WNBA Chicago Sky) has a seating capacity of just over 10,000. An amendment to the sports betting law passed last year exempts Wintrust Arena from the 17,000 requirement and also includes this language: “a facility that hosts sporting events and holds a seating capacity of greater than 17,000 persons except in a county with a population of more than 1,000,000.”

So, what does that mean for the LIV Tour, should it make Rich Harvest Farms a permanent location? The tour could apply for a wagering license, as long as it could prove that it has seats for 17,000 fans (although many golf spectators stand or sprawl on the grass) and meets all of the other requirements for a pro venue to host wagering. Illinois does have a cap of seven licenses for pro venues, though no such licenses have been issued as yet.

Verdict: It’s possible, but not probable. If Rich Harvest Farms becomes a permanent stop, can prove there’s seating for the requisite number of butts in seats, and meets other qualifications, there’s no reason not to apply.

According to state law, the four casinos in the state will hold wagering licenses, and each casino can then contract for up to three digital platforms. In essence, there will be four brick-and-mortar casino sportsbooks, and up to 12 digital platforms. Two professional sports entities, the MLS Sporting KC and Kansas Speedway, are named in the law as being able to make a deal with a casino for a digital platform. It seems unlikely that if the LIV Tour made Kansas a regular stop that it would then be able to offer wagering in the state, unless the law is amended. Wagering in Kansas isn’t live yet.

Verdict: Unlikely. It’s not a hard “no,” because the state does allow marketing partnerships with casinos, but there doesn’t appear to be a clear pathway.

So far, no professional sports venues are offering digital wagering, but it is legal, and LIV Golf — or the PGA Tour or NASCAR for that matter — would seem to at least make the first cut in terms of qualifications. Maryland law allows for Class A-1 licenses, which would include retail and digital wagering. The Baltimore Ravens, Washington Commanders, and Baltimore Orioles, plus any future professional teams, can apply, according to the law. Neither the PGA Tour nor NASCAR appears to be in the mix, though the PGA Tour returned to Maryland this year after a more than 60-year hiatus with the Wells Fargo Championship in May. There is no NASCAR track in Maryland.

Verdict: It’s possible. If the LIV Tour had a regular stop in Maryland, there’s no reason it couldn’t apply for a license.

The Ohio law leaves room for the possibility that a new professional sports franchise will move into the state. The law allows for 25 “Type A” licenses, which could be issued to any of the state’s existing casinos or professional sports teams, plus NASCAR tracks and PGA Tour stops.

By my count, there are currently 11 casinos and 11 professional sports venues, including the Pro Football Hall of Fame, the PGA Tour stop at Muirfield Village Golf Club, and NASCAR’s Mid-Ohio Sports Car Course. That leaves up to three Type A licenses still available, so if the LIV Tour were to find a home course in Ohio, it would appear it could apply, though according to the regulator, the LIV Tour does not currently meet the definition for a pro sports organization, so it would not get the “preference” such entities are entitled to. The law spells out that pro sports organizations are owners of NFL, NBA, NHL, or MLB teams or owners of sports facilities that annually host a PGA Tour or NASCAR event. Wagering is set to go live in Ohio on Jan. 1, 2023, and the application window opened Wednesday.

Verdict: It’s possible. If the LIV Tour had a regular stop in Ohio, licenses are available.

Under Virginia law, some professional sports organizations are eligible to apply for sports betting operator licenses, but it doesn’t appear that a golf tour — PGA or LIV or any other — is among them, The law defines a major league sports team as “a professional baseball, basketball, football, hockey, or soccer team that is at the highest-level league of play for its respective sport.” It also goes on to define what a “motor sports facility” is, but there is no mention of golf facilities anywhere in the law.

Verdict: No go. Virginia law tightly defines what pro venues could qualify, and golf isn’t among them.

The law in the District allows for four “Type A” sports betting licenses, which in turn allow for mobile platforms. Operators must be tethered to a sports venue, and only four qualify under the law: Capital One Arena, Audi Field, Nationals Park, and St. Elizabeths East Entertainment and Sports Arena. In the current landscape, there would be no opportunity for the LIV Tour to apply for a license.

Verdict: Another no go. D.C. law names the four pro venues that can get sports betting licenses.