Some states are in play, others out of bounds for bettors as new golf tour holds event in Portland this weekend 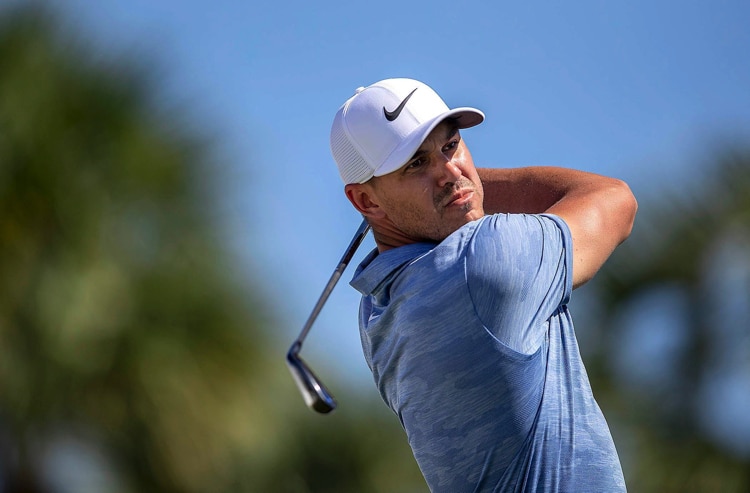 The buzz around the Saudi-backed LIV Tour may grow louder this weekend, as the newest professional golf tour holds its first event in the United States.

The Portland, Oregon, tournament is the second event overall for the LIV Tour, which held its inaugural event in London, won by 2011 Masters champion Charl Schwartzel. Five of the tour’s eight events this season will be held in the U.S., and it will return stateside for its season-ending event in Miami in late October. Two of the five U.S. events are being held at courses owned by former President Donald Trump.

As opposed to the weekly grind of the PGA and European tours, the LIV Tour’s four events in Portland, New Jersey, Boston, and Chicago are spread out between now and mid-September. This weekend’s event, held at Pumpkin Ridge, is going head-to-head with the PGA Tour’s John Deere Classic, which is one of the tour’s lower-profile stops.

Though the LIV Tour currently has a relatively small roster of players compared to its PGA and European PGA counterparts, it has shelled out a substantial amount of money to attract high-end talent, boasting star power in three-time Masters champion Phil Mickelson and U.S. Open winners Brooks Koepka and Dustin Johnson. Other notable pros on the LIV Tour include Bryson DeChambeau and former European Tour stars Lee Westwood and Ian Poulter.

Koepka, DeChambeau, and Pat Perez, who all signed last week, will make their first LIV Tour starts in Portland. Another trio of recent signees — Matthew Wolff, international player Carlos Ortiz, and No. 2 ranked amateur Eugenio Chacarra — also will be in the LIV Tour field for the first time.

Golf has long been considered a sport conducive to sports wagering, especially in-game betting given the pace of play, as bettors can follow their preferred golfers on a shot-by-shot basis. The span between shots, which is usually minutes as golfers walk the course, allows operators to be both nimble and nuanced for market offerings.

Wagering on LIV Tour events has varied on a state-by-state basis. According to an ESPN story, wagering is available in large-market betting states including Nevada, Illinois, and Arizona. It is not on the approved list of sports wagering events in Indiana, while Tennessee‘s Sports Wagering Advisory Council reportedly declined to make it available for operators to offer. Additionally, some operators are not providing markets for LIV events in certain states.

FanDuel is the only one of seven mobile operators in Illinois opting not to post LIV markets for betting — DraftKings, BetMGM, PointsBet, Barstool Sportsbook, Caesars, and BetRivers are all doing so for the Portland tournament. Meanwhile, MaximBet appears to be the only operator accepting wagers for the event in Colorado.

In Illinois and Colorado, which make handle figures by sport available, golf is a solid draw. Illinois has generated $168 million in golf handle since launch in 2020, including a record $22.7 million in April. In Colorado, there has been at least $109.6 million wagered on golf since May 2020. That handle total may be higher, as there were three months when golf was not in the top 10 of sports wagered on and not listed by the Colorado Department of Revenue in its monthly reports.

In Oregon, where this weekend’s event is being held, DraftKings is offering markets for the event as the official sportsbook for the Oregon Lottery.