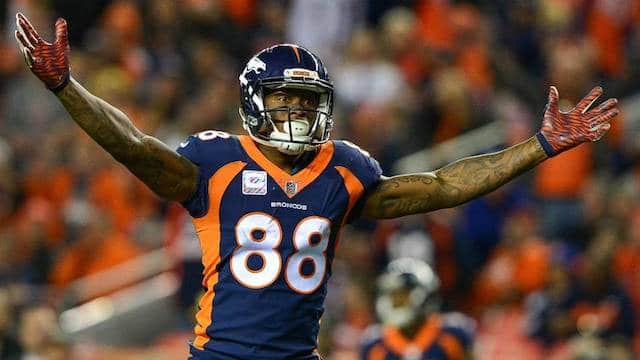 Every week, Sports Handle will look at NFL lines, specifically “lookahead lines” to see how they’re moving and why. Lookahead lines are those posted one week prior to a game or even before the season has begun, as CG Technology does.

We’ll highlight the significant shifts, look for value and suggest when it’s a good idea to get behind or stay away from certain teams. Here’s a look at the NFL Week 9 line moves and what it means to bettors. (Note: odds indicated are based on current numbers at several Las Vegas sportsbooks.)

NFL Week 9 Lines, Before And After: Texans-Broncos, Rams-Saints in NFC Heavyweight Clash; FitzMagic Getting 7 At Carolina?

The Texans-Broncos matchup has the most notable line movement of the week. The SuperBook made the Texans a 1.5-point road favorite last week in its early lines. Houston then destroyed the Dolphins on national TV Thursday night, 42-23. Meanwhile, the Broncos fell (and covered) in Kansas City, 30-23.

The Texans have won five straight (3-2 ATS), while Denver is 1-5 in its last six games (3-3 ATS). The SuperBook opened this number as a pick ’em on Sunday night and within a couple hours it moved to the Broncos -2.5. The Texans did suffer a big loss against Miami when receiver Will Fuller tore his ACL. Deshaun Watson’s numbers are much better with Fuller in the lineup. But is Fuller worth four points? Traditionally only QBs cause moves like that.

The public has come out ahead the last two weeks and they’re certain to be on the Texans Sunday. The Broncos are 2-2 at home this year and 2-1-1 ATS.

But then on Tuedsay an hour after the Broncos traded for WR Demaryius Thomas to their opponent this week — the Texans! — the line dropped to Denver -1.5 and to -1 as of Wednesday morning. Don’t be surprised if Houston is a slight favorite by kickoff. The Texans are playing much better over the last month but the value may end up being on Denver if it becomes a home ‘dog.

This line has moved in favor of the Panthers since the SuperBook released its early number as Carolina -4.5 last week. Since then, the Panthers are coming off an impressive 36-21 win over the Ravens, while the Buccaneers lost in Cincinnati and are changing quarterbacks for the second time this season.

Jameis Winston was benched in favor of Ryan Fitzpatrick after Winston’s four-interception showing against the Bengals. Fitzpatrick went 2-2 both SU and ATS as a starter earlier this year. There seems to be even less faith from the oddsmakers with Fitzpatrick under center but the line move probably has more to do with perception of Carolina. The Panthers are 4-1 in their last five games and a perfect 4-0 SU (3-1 ATS) at home this season.

There could be some value taking the Bucs in this spot with the line movement. Carolina just faced the Ravens and plays the Steelers next Thursday night. Tampa Bay has also played close games this year. Take away the blowout in Chicago and every Buccaneers game has been decided by eight points or less. Of Tampa Bay’s four losses, only one has been by more than five points.

If this number moves to seven, the Buccaneers are worth a look.

The big game on Sunday is between the undefeated Rams and one-loss Saints in New Orleans. This line was a pick ’em last week at the SuperBook but has moved in favor of the Saints after their impressive win in Minnesota Sunday night.

The Rams are also coming off a win at home over the Packers. You may have heard, they failed to cover as 7.5-point favorites (or 9.5, depending when you hit it). While still unbeaten, the Rams have been living on the edge recently. Other than a blowout win over the 49ers, the last three Rams wins have been by three points or less. Los Angeles is also playing its fourth road game in the last five weeks.

Meanwhile, the Saints have won six straight since dropping the opener to Tampa Bay. New Orleans is 2-1 at home but just 1-2 ATS. However, the Saints have covered five games in a row after an 0-2 ATS start to the year.

These are two of the best teams in the NFL and while there’s slight value with the Rams, it’s not a great spot for them. Looks like a pass.

This game has seen an interesting line move considering both teams are coming off a bye. The Cowboys were installed as 4-point home favorites last week in the SuperBook’s early lines. The SuperBook kept the number at -4 when it released Week 9 lines on Sunday. The line then moved to Dallas -6.5 within 24 hours.

The Cowboys traded for receiver Amari Cooper last week but again, is a receiver worth 2.5 points? Tennessee has played four games away from home this year and are 2-2 ATS. Although, the Titans have failed to score a touchdown in three of seven games.

The Cowboys are a perfect 3-0 at home while going 2-1 ATS. This line was Dallas -3 when CG Technology released its numbers for every NFL game back in May. Even with the addition of Cooper, this number looks looks a bit too inflated in what may be a low-scoring game. The value here is with the Titans getting close to a touchdown. 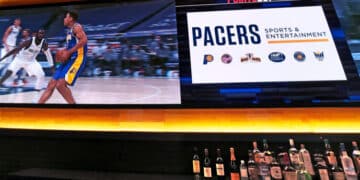