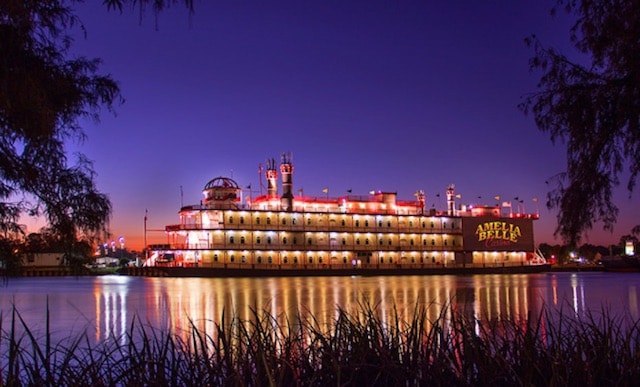 On Tuesday, Louisiana State Senator Daniel Martiny (R-District 10) was reminded just what a tough crowd a finance committee can be. Martiny, sponsor of SB 266, a bill that would allow Louisiana residents to vote on whether or not sports betting should be legal in the state, brought his bill to the Senate Finance Committee and despite plenty of jousting, joking and some laughter, the committee voted 3-6 not to “move the bill favorably” out of committee.

Though that sounds like a loss, it’s not … quite. The Louisiana sports betting bill we be deferred for more consideration at a later date.

Martiny, whose district is in suburban New Orleans, an area with existing casinos, was clear fairly quickly that his bill wouldn’t get out of committee – at least not on Tuesday.

“Whatever it takes to get the bill out of here,” he said.

The issue for the committee isn’t sports betting per se, but what it will cost the state not just to get the bill on the November ballot, but to put sports betting into place. Lawmakers across the state, according to the Baton Rouge Advocate, have said they won’t approve any measures that expand gambling in Louisiana. In this case, they won’t even approve a measure that would allow voters to make the decision.

With the state already facing a budget deficit, Committee Chair Eric LaFleur (D-District 28) stated that the committee had not been approving any money-spending measures. The state’s fiscal office determined it would cost the state $25 million to track betting with a centralized computer system.  Martiny tried to kick the fiscal component down the road, but the committee stood firm.

“I don’t want it to have a fiscal impact,” Martiny said. “But it’s not sounding good. My concern is that if we don’t do it, we’ll be sitting here next year saying, ‘We’re losing a lot of business to Mississippi and Arkansas. … My point is, can we recognize it, and down the road, we’ll deal with the implementation” costs?

The answer from Finance Committee staff was a resounding no.

Before the a vote was taken, Senator Gregory Tarver (D-District 39) suggested that casinos or other gaming operators could be asked to “pre-pay for sports betting,” but the committee shot down that idea, as well. Tarver, whose district in northern Louisiana contains multiple riverboat casinos, backed down, but was one of the “yes” votes to pass the bill.

Chastened by the exchanges, Martiny was clear his bill would not get out of committee and all but called for a vote himself (though he could technically do so because he’s not a member of the committee).

Louisiana Is a Hotbed of Gambling

Louisiana has riverboat and land-based casinos and live horse-racing tracks dotting the state. It’s also bordered to the east by Mississippi, which has long drawn gambling traffic from New Orleans, as well as Arkansas to the north and Texas to the west. Arkansas has a handful of racinos, but has not actively been pursuing legalizing sports betting, while Texas is a non-issue.

States across the nation are debating the issue of legalized sports betting while the U.S. Supreme Court considers Murphy v NCAA, a case that calls into question the constitutionality of the Professional and Amateur Sports Protection Act (PASPA), the 1992 law prohibiting sports betting in all states except Nevada.

Louisiana’s biggest competitor is Mississippi, which has a string of casinos lining the Gulf Coast, the closest just an hour from New Orleans in Bay St. Louis, just over the Mississippi-Louisiana border. Mississippi built its first casino in 1992 and Louisiana followed in 1993, though the state approved only a single land-based casino in New Orleans while Mississippi allowed riverboat gambling all over the state. A culture of driving to Mississippi to gamble quickly took hold.

Martiny appears to want to avoid a repeat of the last opportunity Louisiana had to capitalize on gambling. Mississippi apparently already has language on its law books that would allow sports betting and may not have to pass a law should the Supreme Court make sports betting legal at a federal level. The Louisiana legislature adjourns for the year on June 4.

“I’m not painting this as being the end-all revenue stream,” Martiny said. “I am just saying it’s going to have a negative effect if we don’t have this.”

Either way, Louisianans will have to wait to find out.