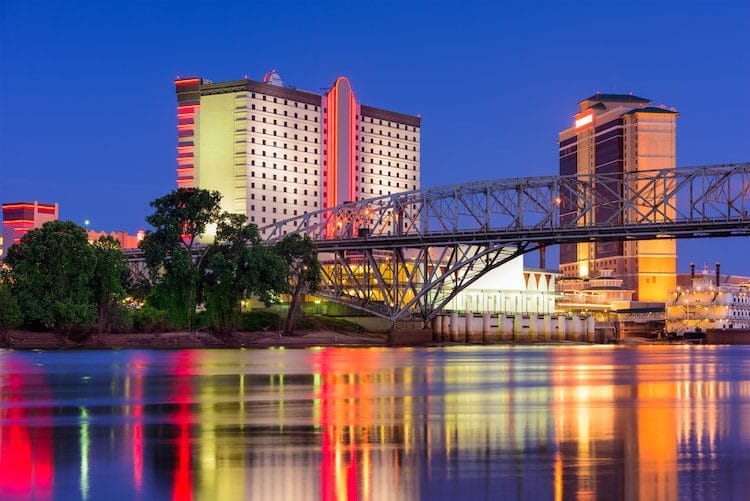 Louisiana Senator Danny Martiny (R-District 10) has already gotten further on sports betting this session than he did last. On Tuesday, the Senate passed his SB 153, 24-15. The bill would legalize sports betting at brick-and-mortar locations with a very limited mobile component, should voters agree in a parish-by-parish referendum in the fall.

From here, SB 153 will move to the House for approval. According to the New Orleans Times-Picayune, the bill will likely meet resistance from Conservative Christian lawmakers in the lower chamber.

The bill is even more restrictive than the on-site mobile setup that neighboring Mississippi offers. In Mississippi, patrons can place sports bets from their mobile devices from anywhere in a gaming resort that has a sportsbook. For example, guests can place bets from their rooms, pools areas or a restaurant on the property. Martiny offered an amendment Tuesday that only allows for the use of mobile devices within areas designated for 21-and-older patrons at the approved venues, which include the state’s 15 riverboat casinos, four horse racetracks and one land-based casino in New Orleans. The amendment passed.

Bare bones bill the only hope?

In committee hearings last month, Martiny admitted that he all but stripped the bill of a mobile component in an effort to get it passed because he fears that allowing mobile will scare off support. During a hearing in the Senate Judiciary B Committee on April 23, committee member Norbert Chambert (R-District 20) put an even finer point on Martiny’s concerns, saying, “Let’s talk about mobile. We have a lot of colleagues in this building who still don’t even use e-mail because they’re afraid of what that is.”

That backdrop, and perhaps lobbying pull by casino traditionalists or video gaming terminal owners (speculation, led to Martiny going for a bare-bones sports betting model. Perhaps Martiny will look to add mobile back in later, which is how things unfolded last week in Indiana.

Martiny has been eager to legalize sports betting in the Bayou State in an effort to keep up with the neighbors. On Tuesday, he pointed again to Mississippi, which was the third state to launch sports betting after the Supreme Court overturned the Professional and Amateur Sports Protection Act nearly a year ago, as well as Arkansas, which legalized in November, and Tennessee, which sent a sports betting bill to its governor Monday.

No matter the reason, Martiny has been clear that he believes that legal sports betting is critical to Louisiana’s financial health and to curtailing an illegal market, but he knows he’s up against tough opposition to legalize.

“The big knock on this (bill) is that it is an expansion of gaming,” Martiny said in advocating for his bill Tuesday. “And I would suggest to you that only within the confines of this building is this an expansion of gaming. This is an existing, underground industry that is operating full-blast here in Louisiana, and now what we have is our neighbors is advertising [in Louisiana.]”

When Martiny introduced the mobile-limiting Amendment 1288, Chambert joined him in a back-and-forth that essentially mocked those opposed to mobile sports betting.

Chambert: Senator, you were talking about Tennessee’s action, and just to be clear, they are legalizing mobile gaming across the entirety of the state for sports betting. Your amendment or your bill won’t do that?

Martiny: In Tennessee as I read … you don’t even have to have a place that’s open to the public. It can just be a room where the computer is.

Chambert: You can be in your front yard, you don’t even, they don’t even have brick and mortar.

Martiny: Based upon what I’ve seen, you don’t have to have a facility.

And later, Senator Dan Claitor (R-District 20) told a story of visiting Mississippi and placing a bet then sitting in a “big, comfortable easy chair” outside of the sportsbook and betting some more on his mobile device. He went on to ask Martiny if he’d be able to do that in Louisiana under the bill, and Martiny replied that wouldn’t be possible. It was quite the dog-and-pony show.

To date, Martiny’s bill has moved with some speed through the Senate. It was introduced in the middle of last month, when the session opened, and passed out of the Senate in less than two weeks. The House will have five weeks to consider the bill, as Louisiana’s General Assembly adjourns June 6.