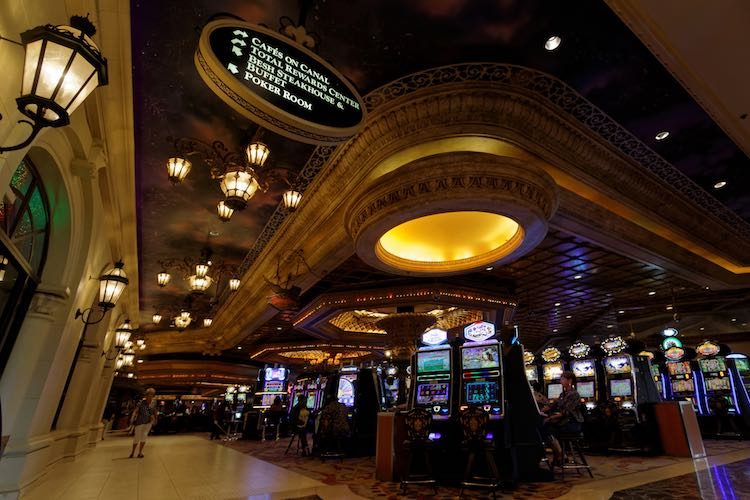 Louisiana Senator Danny Martiny (R-District 10) is clearly frustrated. At the first hearing for his SB 153, which would legalize sports betting but with a limited mobile component, Martiny more than once told the Senate Judiciary B Committee that he knows mobile is where the money is, but Louisiana lawmakers are unlikely to go for it.

“I’m trying to keep the bill as simple as possible, I tried as best as I could to mirror what is going on in our neighboring states, like Mississippi,” Martiny said in introducing his bill at the committee hearing Tuesday. “But my bill does not go as far as Mississippi with regard to mobile gaming. I’m trying to address that in a very limited way … even though I do know that the future of sports betting is in mobile.”

The committee voted 3-1 to report the bill with several technical amendments out of committee, and onto the Senate floor.

A bill that doesn’t go as far as Mississippi? The Magnolia State allows on-site mobile sports betting only, and the state is clearly losing potential mobile revenue (Consider that in New Jersey, over 80 percent of the $342 million in wagers came via mobile devices, a percentage that’s risen every month.)

Visitors to Mississippi gaming resorts can bet anywhere on the property — from the pool to their hotel rooms to restaurants. Martiny’s bill wouldn’t even allow that. His bill would limit mobile gaming to within the designated sports betting area on a casino floor.

Martiny: If the bet is going to be placed, you have to be in the designated gaming area. We know that doing [state-wide mobile] is vastly more profitable, but that is a vast expansion of gaming, and that’s not what I’m doing.

Johns:  — Senator Martiny, I know you’re worked extremely hard on this, and your hair is a little more gray …

Martiny: I did that to look a little older … I’m tired of being told I look too young. (chuckles throughout the room)… But I’ve talked to a lot of people and have tried to take out things that are concerns.

Chabert:  We have been at a competitive disadvantage of our neighbors. Let’s talk about mobile. We have a lot of colleagues in this building who still don’t even use e-mail because they’re afraid of what that is.

Martiny: Are you talking about me? I’m still trying to figure out how to put the paper into the fax machine.

And a few minutes later:

Martiny:  With regard to not including real-time mobile gaming, I have really mixed emotions about that. But in the same way, having served in this building for the last 25 years, I understand the people. People not having a complete understanding, I’m just afraid that will be taken by the opponents and will turn into “Martiny wants wide-open gaming” …. we loaded it up a lot last year, and this is why it got killed.

The exchange highlights what Martiny is up against with trying to legalize sports betting in the Pelican State. He tried and failed last year, though Louisianans did vote to legalize daily fantasy — de facto mobile sports betting — in the majority of parishes in November.

Though Martiny may have been only half-joking about his lack of technological expertise, the idea that Louisiana lawmakers are struggling with understanding the technology behind mobile sports betting is a real issue Martiny will have to fight.

Stacie Stern, government affairs manager for FanDuel, was among those testifying at the hearing who attempted to assuage concerns about the safety, as it were, of mobile sports betting. She pointed out what mobile stakeholders have talked about all over the country — that mobile is, in many ways, more secure than in-person betting. Mobile sportsbooks not only use birthdates, social security numbers, and other personal information to identify players, they continually monitor accounts to ensure that the registered person is using them.

Mobile vendors “have been able to lock down who is betting on their sites,” Stern testified. “We believe the best way to protect people is to allow mobile where we can verify age and location … with robust technology.”

Committee members were clearly split on whether or not to allow mobile, but it was also clear that most had done their homework and, in some cases, weren’t opposed to mobile, but rather, opposed to a quick and far-reaching gambling expansion.

Besides the mobile issue, lawmakers repeatedly referenced Mississippi, which legalized sports betting last summer. Committee members definitely are feeling the pressure to keep sports betting — and other gaming dollars — in Louisiana. There were several comments about the regularity of television advertisements for Mississippi’s Beau Rivage casino and about how Louisianans are driving across the border to place sports bets.

Tuesday’s hearing was at points jovial and loud, but it was also comprehensive. Martiny’s bill was one of two gaming bills before the committee, and both would funnel some revenue to early childhood education, which was among the discussion points. Lawmakers also:

In the end, Martiny got what he was hoping for — the bill is moving forward. Throughout the committee hearing, Martiny repeated that he’s open to hearing new ideas and negotiating to make the bill passable and get Louisiana on the sports betting map.

“You know that I even said last year, that sports betting in no way will save the budget situation,” Martiny said. “Whatever it is, it is, if nothing else, it will stop some of the bleeding of the money that is going offshore and to Mississippi and Arkansas. The bottom like is that if this bill goes nowhere, we have no money for the good purpose that I want.”

In his closing comments, Martiny added, “If this bill dies, well (sports betting) is already here. We’re already getting all the ills. We’re going to lose money to Mississippi and all of the other states if we don’t regulate it.”