Bill has no mobile provision, calls for 13% tax, and would fund early childhood education 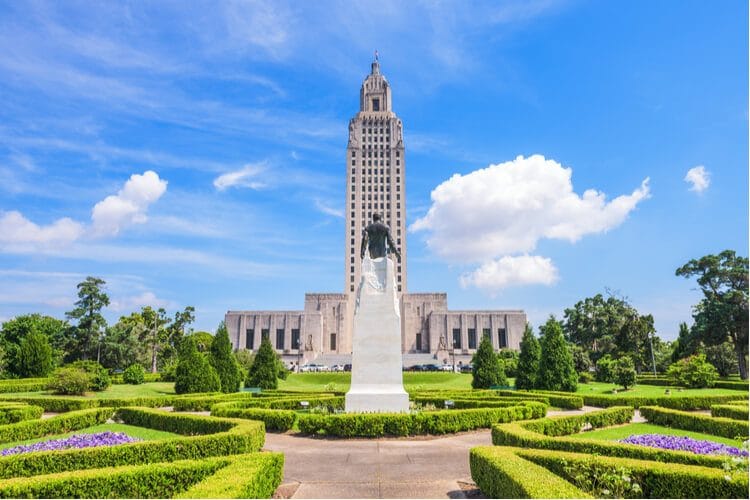 Despite one opposition witness essentially comparing legalizing sports betting to putting lipstick on a pig, the Louisiana House Committee on Administration of Criminal Justice on Tuesday voted 11-6 to advance the sports betting bill SB 153. The bill passed out of the Senate by a vote of 24-15 on April 30. Lawmakers have a little more than two weeks to approve the bill and send it to Governor John Bel Edwards. The session adjourns on June 6.

There was plenty of spirited discussion Tuesday, much of it centering around the morality of legalizing sports betting and using money “earned off the backs of the poor” to finance early childhood education initiatives. There was also vocal opposition from a wide range of witnesses, a proposed amendment by a horsemen’s group, and a proposed amendment to expand the bill to allow sports betting at video poker locations.

But bill sponsor, Sen. Danny Martiny (R-District 10), who first tried to legalize sports betting in 2018, appears to have the votes to keep his bill alive this session. Martiny’s key argument in favor of legalizing sports betting is that it’s already happening — both online and in neighboring Mississippi — while Louisiana continues to allow dollars to flow out of its own economy.

No mobile, but 20 bricks-and-mortar locations

“We already get so much money from gaming and yet we seem to do everything we can to not put (casinos) on an even-playing field,” Martiny said. “We don’t regulate it, we don’t have the wherewithal to deal with it. If you pass this bill, you’ll be giving the gaming control board the ability to regulate it.”

The bill would legalize sports betting at 20 existing gaming locations across Louisiana — 15 riverboats, four racetracks and at the land-based Harrah’s casino in New Orleans. There is no mobile provision in the bill and Louisianans would be able to vote parish-by-parish to legalize. Last November, 47 of the state’s 64 parishes voted to legalize daily fantasy sports.

Key points of the regulatory framework for the bill are making their way through the House, as well, in the form of HB 587, which was approved by the Appropriations Committee on Monday, 12-9. Sponsored by Representative Joseph Marino (I-District 85), that bill allows for a 13% tax on gross gaming revenue, divided up as follows: 1% to problem gambling initiatives, 2% to parishes with sportsbooks/casinos, and 10% to fund early childhood education in a state that is consistently ranked at the bottom when it comes to quality of education.

On Tuesday, the hearing opened with committee chairman Rep. Sherman Mack (R-District 95) questioning whether or not college sports should be included in the bill.

“What happens at a small college, like McNeese (State), when someone comes up to a kid and says, ‘the bet is that you are going to score more than 20 points tonight?'” he asked.

Martiny continued to argue that legalizing sports betting won’t create problems, it will solve them — or at least give the state some tools to try to solve them.

“Randy Livingston was the finest high school basketball player I’ve even seen,” Martiny said. “He squandered everything on illegal (gambling) sites. Right now, you can go to Beau Rivage (in Mississippi) and lose your whole paycheck … then come home and get in a fight with your wife because she wants last week’s paycheck.

“And so we get all of the ills of it, but the money is still in Mississippi. But it’s here. It’s happening.”

As for the morality of legalizing sports betting? Representative Barbara Carpenter (D-District 63) may have said it best.

It's been a year since the ban on sports betting was struck down.
Now, nine months since the first legal bet was placed in Biloxi, it's given Mississippi a monopoly on sports betting in the South –right in the heart of SEC country. More from @MaryPerezSH:https://t.co/umaLMRbcQ0

Louisiana, which has a mature gaming industry, is in a gambling-rich region. Mississippi launched sports betting last summer, northern neighbor Arkansas legalized in November and could draw sports betting patrons from the Shreveport/Bossier City gambling stronghold, and Tennessee, which lies to the northeast, is about to legalize mobile sports betting. The only border state that won’t have sports betting in the near future is Texas.

The next stop for Martiny’s SB 153 could be a review by the House budget committee, which is considered conservative and could be  stumbling block. But the Criminal Justice Committee clearly has multiple anti-gambling members, and the bill passed fairly easily despite heated discussion. 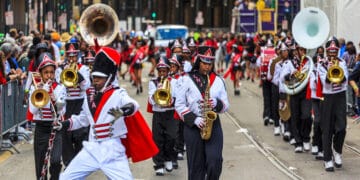