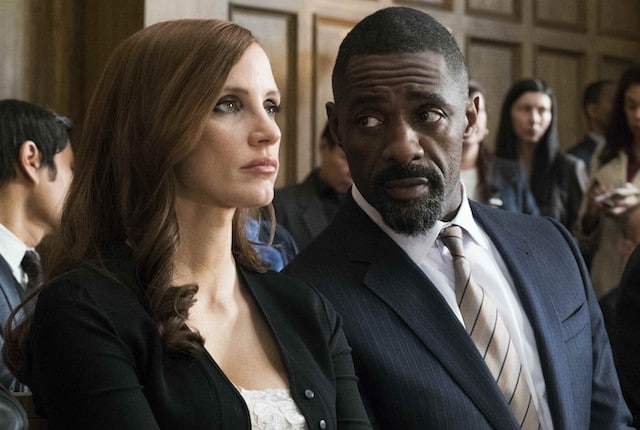 Jessica Chastain depicts Molly Bloom in 'Molly's Game". Bloom was charged in 2013 under IGBA for operating an illegal poker room.

This is the sixth in a series of stories for Sports Handle discussing various federal statutes that in one way or another remain relevant to the expansion of legalized sports betting after the fall of the Professional and Amateur Sports Protection Act (PASPA). The first two parts on the Wire Act are available here and here. The next two on UIGEA are here and here and you can read about IGRA here. This information is provided for information and entertainment purposes only. Nothing contained in this series constitutes legal advice.

Jamie from Seattle, Wash. asks: What is the Illegal Gambling Businesses Act? Is it the same thing as the Racketeer Influenced and Corrupt Organizations (RICO) Act? Is every gambling operation within the scope of the statute?

The Illegal Gambling Businesses Act (IGBA), or the Prohibition of Illegal Gambling Businesses as it is known in the U.S. Code (18 U.S.C. § 1955), is a Federal statute that was passed in 1970, as part of an omnibus crime bill called the Organized Crime Control Act. Representative Dante Fascell of Florida opened a 1970 hearing by sharing his views on the necessity of the bill:

This year marks the 50th anniversary of the most successful growth industry in the United States — organized crime. For five decades this country and its people have been victimized by a nationwide crime confederation bent on carrying on a host of illegal ventures, the vital underpinning of which is taking of vast sums of money from people, the corruption of the Private sector and the taking over of private enterprise.

Following a report several years earlier, citing a lack of leadership and poor coordination for the failure to curb organized crime, various bills were assembled to provide the federal government with additional law enforcement power. A year earlier, former Attorney General Will Wilson testified that a powerful federal tool was necessary because of a connection between illegal gambling businesses and corruption of local law enforcement.

Wilson noted that in one instance the IRS went to a major city in the South to conduct an investigation and came back empty-handed when it was discovered that nearly the entire vice task force had been on the take from organized crime and had tipped off the bookmakers before the IRS showed up.

The IGBA is distinct from the RICO Act, but has similarities. First, both the IGBA and RICO were passed in 1970, and were intended to give the federal government tools for targeting interstate (international, as well) criminal organizations, which local law enforcement was either unwilling or unable to target themselves. Secondly, both statutes are implicated by gambling offenses. There are 35 offenses that can trigger RICO, one of which is a predicate gambling offense such as a violation of the IGBA. While the two statutes are related, they are in fact distinct.

Marco from Butte, Mont. asks: Is it true that the Illegal Gambling Businesses Act is different in different states?

This is somewhat true. While the text of the statute does not change, because the IGBA requires a predicate violation of state law, the statute technically can have different applications in different states.

For example, consider the Texas attorney general’s opinion on daily fantasy sports being an illegal form of gambling under Texas law (this assumes a court upholds the attorney general’s opinion), if the other two elements of the statute are satisfied (number of people and operation volume, and duration) a daily fantasy company operating in Texas may invoke the statute.

Contrast this with Rhode Island, where the Attorney General issued an opinion that daily fantasy contests do not violate the state’s laws (again, assuming a court upheld the opinion). As the IGBA requires a predicate state law violation, the conduct that is illegal and implicates the IGBA would not trigger the statute if the same conduct occurred in Rhode Island because there is no predicate violation of state law.

Thomas from Terre Haute, Ind. asks: Texas Hold ‘Em is a game of skill, so why is there a federal court decision that convicted someone for violating the IGBA when they were playing a skill game?

If  the case you are referencing is United States v. DiCristina, DiCristina ran a poker club in the back of a warehouse on Staten Island. The games of No Limit Hold ‘Em were played approximately twice a month, and each pot had a five percent rake. DiCristina argued that poker is not house-banked (which does not concern this analysis) and that skill predominates over chance in poker, and therefore is not an illegal type of gambling under the IGBA.

The Second Circuit Court of Appeals looked to the plain language of the statute to conclude that even though poker did not appear in an enumerated list of games that the IGBA lists, Texas Hold ’Em still implicated the statute because the game was illegal under New York law. It was also immaterial that skill predominates over chance in Hold ’Em because New York applies a different test, the Material Element test, which only requires that chance be a material element of an activity to trigger the statute.

In the interest of clearing up any ambiguity about whether games of skill can still constitute illegal gambling, they can. In addition to the fact that sports betting may be skill based, the IGBA specifically lists bookmaking and pool-selling as activities the statute was intended to be applied against.

Mark from St. Louis, Mo. asks: I am not a constitutional law expert, but I thought that the federal government could only regulate things that take place between states, the IGBA sounds like it is dealing with local issues, how is that allowed?

Mark, this is a fantastic question. You are referencing the commerce clause, which is one of three primary means that Congress uses to regulate conduct (the taxing power and the spending power are the other two).

Sandra from Little Rock, Ark. asks: Who counts in the five-person requirement? People have to be instrumental to the operation for them to count, right?

This assumption is not entirely correct. The IGBA’s five-person prong has been interpreted very broadly, so as to include a variety of people involved in the business beyond the bettors themselves. In fact, casual bettors are not generally thought to be within the scope of the statute. In United States v. Thomas, the Eighth Circuit Court of Appeals highlighted the scope of who is incorporated as counting in the five-person requirement by noting the list provided in section ‘C’ of the statute which states:

“If five or more persons conduct, finance, manage, supervise, direct, or own all or part of a gambling business and such business operates for two or more successive days, then, for the purpose of obtaining warrants for arrests, interceptions, and other searches and seizures, probable cause that the business receives gross revenue in excess of $2,000 in any single day shall be deemed to have been established.”

The Eighth Circuit would go further in a case five years later elaborating the scope of the five-person requirement in noting that “[t]he scope of section 1955 is broad and excludes only customers of the business. The jurisdictional five persons may include unindicted and unnamed persons as well.”

Phillip from Alexandria, Vir. asks: Can you point me in the direction of some additional resources?

Absolutely. One excellent contribution is from Kaitlyn Dunphy titled: Following Suit With the Second Circuit: Defining Gambling in the Illegal Gambling Business Act.

Stay tuned for “Kitchen Sink” with the remainder of the federal laws of note.

What Is PASPA, The Federal Ban on Sports Betting?