What is the Indian Gaming Regulatory Act? Where did it come from?

by John Holden
in Regulation, Sports 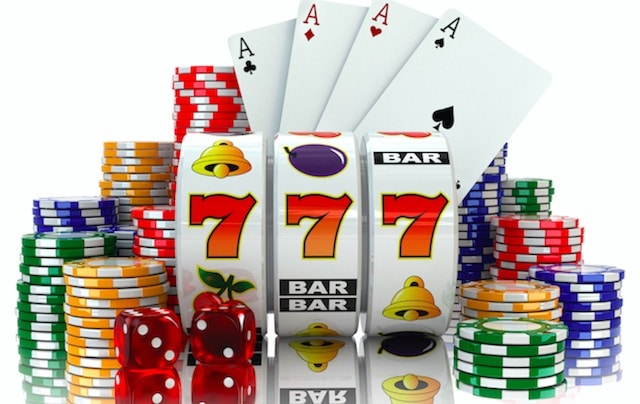 This is the fifth in a series of stories for Sports Handle discussing various federal statutes that in one way or another remain relevant to the expansion of legalized sports betting after the fall of the Professional and Amateur Sports Protection Act (PASPA). The first two parts on the Wire Act are available here and here. The next two on UIGEA are here and here. This information is provided for information and entertainment purposes only. Nothing contained in this series constitutes legal advice.

Maggie from Ocean City, Maryland asks: What is the Indian Gaming Regulatory Act? Where did it come from?

The Indian Gaming Regulatory Act (IGRA) is a piece of Federal legislation that was passed in 1988. The statute is found in the U.S. Code at 25 U.S.C. § § 2701 – 2721. The statute came about following five congressional findings:

(1) Numerous Indian tribes have become engaged in or have licensed gaming activities on Indian lands as a means of generating tribal governmental revenue;

(2) Federal courts have held that section 81 of this title requires Secretarial review of management contracts dealing with Indian gaming, but does not provide standards for approval of such contracts;

(3) Existing Federal law does not provide clear standards or regulations for the conduct of gaming on Indian lands;

(4) A principal goal of Federal Indian policy is to promote tribal economic development, tribal self-sufficiency, and strong tribal government; and

The codification of these findings has poured an important foundation for sports betting to take place on tribal lands in states that legalize the activity. The IGRA was the final result of six congressional hearings that took place beginning in 1984, with the last hearing taking place in 1987. Senator Daniel Inouye opened the final hearing by stating that the bills being debated “address the perceived need to provide a regulatory scheme that protects tribes and public, while at the same time assuring the integrity of tribal sovereignty.”

Indeed, the IGRA, in practice, has produced a tripartite relationship between tribal, state, and Federal governments. While the IGRA was designed to promote a partnership that would facilitate tribal-state gaming compacts, in the early years there were many questions over how the statute should be interpreted. The IGRA is also likely to become one the most important Federal statutes as we move into our first era of widespread legalized sports betting.

[Also See: Choctaw Plan to Be First in Mississippi to Offer Sports Betting]

June in Experiment, Georgia asks: Why do we have the IGRA? Does it have something to do with the Supreme Court cases Seminole Tribe of Florida v. Florida and California v. Cabazon Band of Mission Indians?

Great question June, I had to look up Experiment, Georgia, but it is good to know that these questions are coming from real people in real places. You are right about Cabazon often being cited as one of the reasons that tipped the scales towards passing the IGRA. Seminole Tribe, however, would not come along until after the passage of the Act. In fact, Seminole Tribe is one of the principal cases that helps interpret the reach of the statute.

In 1993, the Congressional Research Service, a think tank that prepares research reports for Congress stated:

“The IGRA was enacted as part of a long tradition of federal legislation and judicial decisions that have established an intricate jurisdictional allocation among the tribes, the states, and the federal government with respect to governmental power over reservation activities. As a matter of federal statutory and decisional law, Indian tribes have certain territorial jurisdiction with respect to civil and criminal law within their reservation borders. Exploring ways in which to use this authority to generate revenues, tribes during the late 1970’s [sic] and 1980’s [sic] began authorizing or conducting various types of gaming activity not permissible in other parts of their states. Eventually, the Supreme Court broadly upheld tribal authority. Facing the possibility that every tribe in the country would open some form of gaming for which there would be no oversight other than tribal, Congress enacted the IGRA.”

In the Cabazon case, the Cabazon band was operating a card club and bingo parlors on tribal land in California and the facilities were open to and frequented by the general public. The Court stated the games “are played predominantly by non-Indians coming onto the reservations.”

The state of California tried to shut the operations down by arguing that they violated California regulations. The Supreme Court would rule 6-3 (weird split alert: White, Rehnquist, Brennan, Marshall, Blackmun & Powell majority; Stevens, O’Connor, & Scalia dissent) in favor of the Cabazon band finding, as Cabazon argued that because gambling was not a criminal act in California, they had the sovereignty to conduct and regulate lawful gaming on tribal lands.

In Seminole Tribe, the Seminole Tribe of Florida sought to enter into negotiations with the Florida Governor to establish a gaming compact, pursuant to the requirements of the IGRA. The Tribe sued both the Governor, Lawton Chiles and the state, with the case reaching the Supreme Court in 1995 and a decision coming on March 27, 1996.

The Supreme Court ruled in favor of the state of Florida, finding that the Eleventh Amendment to the Constitution prevents a state from being sued without their consent. The 5-4 Supreme Court decision was a significant win for the states because they could not be compelled by Congress into negotiations despite the ruling gaming compacts have proliferated.

Ernie from Ames, Iowa asks: What are the different classes of gaming under the IGRA? Where does sports betting fit?

There are three classes of gaming under the IGRA. The first class of gaming (Class I) is within the exclusive jurisdiction of Tribal governments and refers to: “social games solely for prizes of minimal value or traditional forms of Indian gaming engaged in by individuals as a part of, or in connection with, tribal ceremonies or celebrations.”

The second class of gaming (Class II) implicates activities that may be conducted pursuant to a Tribal ordinance provided that the activities are legal within the state that the Tribal lands are located. Class II activities include: bingo and card games that satisfy enumerated terms and are legal under state law.

Class III is where sports betting is going to likely reside in states that legalize wagering. Class III is defined as “all forms of gaming that are not class I gaming or class II gaming.”

The Florida Attorney General, in 2007, issued an Advisory Legal Opinion that “[a]ny sports betting and parimutuel wagering, including, but not limited to wagering on horse racing, dog racing or jai alai” are within the scope of Class III gaming activities. The Florida Attorney General’s opinion echoes the Code of Federal Regulations language defining Class III gaming.

While the Class III designation does provide some clarification, existing Tribal compacts with some states typically detail the specifics of the types of games to be offered and how revenue sharing with the state will work. So, while the status of sports betting is likely clear as Class III gaming, how sports betting will be conducted under current agreements between states and tribal governments raises many more questions.

This question is a little out of my wheelhouse, but a quick look at some research from 2015 (there might be more recent work) indicates, “Indian gaming has allowed marked improvements in several important dimensions of reservation life.”

Annual revenues have risen from $100 million in 1988 to more than $23 billion, with more than 400 tribal gaming operations across 31 states in 2013. The 2015 study, in the peer-reviewed Journal of Economic Perspectives, noted that gaming operations on tribal lands have brought with them improvements for communities in a number of measures, including higher rates of employment.

While there are certainly negative effects that can accompany gaming, and I certainly do not want to downplay the seriousness of problem gambling, from an economic perspective, the IGRA has been widely considered a success.

Tim from Lincoln, Nebraska asks: What other resources are available for me to read about the IGRA?

The 2015 article I cited in the last question is by Akee, Spilde, and Taylor and is available here.

There is also a 2003 article in the Georgetown Law Journal by Eric Lent, which delves deeper into the sharing of revenue between tribal governments and states, it is available here.

Stay tuned for the Q&A on the Illegal Gambling Business Act (IGBA) and the “Kitchen Sink” with remaining federal laws of note.