This is the first in a six-pack of stories for Sports Handle discussing various federal statutes that in one way or another remain relevant to the expansion of legalized sports betting after the fall of the Professional and Amateur Sports Protection Act (PASPA). This information is provided for information and entertainment purposes only. Nothing contained in this series constitutes legal advice.

What is the Wire Act? Where does it come from and what does it have to do with sports betting? My favorite daily fantasy provider operated online, and they only ever talked about that other statute OUIJA.

Great question. I think the federal statute that fantasy operators talked about was the Unlawful Internet Gambling Enforcement Act (UIGEA), which we’ll address later. The Wire Act is a 1961 piece of federal legislation that emerged from the Kefauver Committee, a special task force responsible for studying organized crime in the early 1950s. While recommended as part of Tennessee Senator Estes Kefauver’s final report, the bill lingered for about a decade before the Kennedy administration, led by Attorney General Robert F. Kennedy decided “to deal with criminals, hoodlums, and racketeers.”

[Also See: The Wire Act of 1961: That Time RFK Sent JFK a Letter About Sports Betting]

The relevant (for our purposes) text of Wire Act, whose actual name is the Transmission of Wagering Information Act (and may require several readings) is as follows:

The Wire Act can be broken into at least four elements:

In regards to why daily fantasy companies weren’t running from Feds in windbreakers, this is likely based on the combination of a few factors that may have made prosecution difficult. The first is that Federal prosecutors would have to prove that DFS constituted illegal gambling in either the state the games were based, or the state the player was in (this is partially why you couldn’t play in Washington state). Second, prosecutors would need to show that DFS contests were “bets or wagers” (or information assisting in the placing of bets and wagers). UIGEA exempts certain qualifying fantasy games from the definition of bets and wagers, but also does not modify any other federal or state statute, making a connection between the two statutes uncertain.

Third, and perhaps most importantly, DFS was/is very popular and the major companies spent millions on a PR campaign to differentiate themselves from sports betting. The fact that the activities looked and may have been closer to sports betting than season-long fantasy did not matter, and overall made prosecution challenging because the likelihood of conviction was far from certain.

What do they mean by “being engaged in the business of betting or wagering?”

“The business of…” is a common phrase in the U.S. Code, applied as a prefix to a variety of activities from things like plumbing (5 U.S.C. 5102) and banking (7 U.S.C. 2), to betting or wagering. The phrase appears in many gambling statutes including UIGEA; however, no statute actually defines what was meant by it or who was intended to be included. In a 2009 analysis from Ben J. Hayes and Matthew J. Conigliaro, they argued that a broad interpretation of the plain meaning of the phrase might encompass more than just bookmakers, including operators who do not retain a percentage of wagers.

Beyond the plain text of the statute, there were indications from Congress during House and Senate hearings that the Wire Act was intended to target bookmakers, “lay-off men,” and some professional gamblers. Hayes and Conigliaro surveyed more than 190 Wire Act cases and found little in the way of helpful guidance from the court system on how the phrase should be interpreted. They did, however, find in their survey that every upheld Wire Act conviction involved “bookmakers, professional gamblers, criminal organizations, or individuals associated with such persons.”

So, who is in the business of betting or wagering? Well that answer is not entirely clear, we do know that the Wire Act’s authors did not intend the phrase to apply to casual bettors as detailed in an earlier Sports Handle feature.

This is the first I am hearing about the Wire Act … does that mean it is impossible for me to “knowingly” violate the statute? 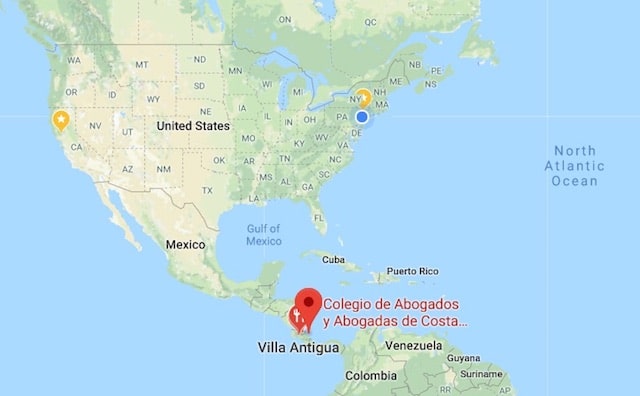 This is another great question. The first portion of the Wire Act tells us that it applies to those in the business of betting or wagering. The second portion of the statute requires that the accused violator acted knowingly. This goes to an important legal concept referred to as mens rea, which is a concept regarding the mental state of the criminal defendant. Normally the law does not punish those who act involuntarily, but the old adage “ignorance of the law is no excuse,” may be relevant to this question.

In U.S. v. Cohen, which involved an Antigua-based bookmaking operation, the defendant, Jay Cohen argued that he did not know accepting bets from locales in the United States to his operation in the Caribbean was illegal, and because of this he could not knowingly violate the Wire Act. Unfortunately for Jay, the Second Circuit Court of Appeals disagreed with his legal argument and stated: “it mattered only that Cohen knowingly committed the deeds forbidden by § 1084, not that he intended to violate the statute.” In other words, it only mattered that Cohen knowingly accepted bets from forbidden places, not that he knew accepting bets would violate the Wire Act.

Come back tomorrow for Part II of “Mailbag Mythbusting” on sports betting and federal law, and the remainder of the questions and answers on the Wire Act.