New law doesn't go into effect until Aug. 2, with iGaming a future possibility 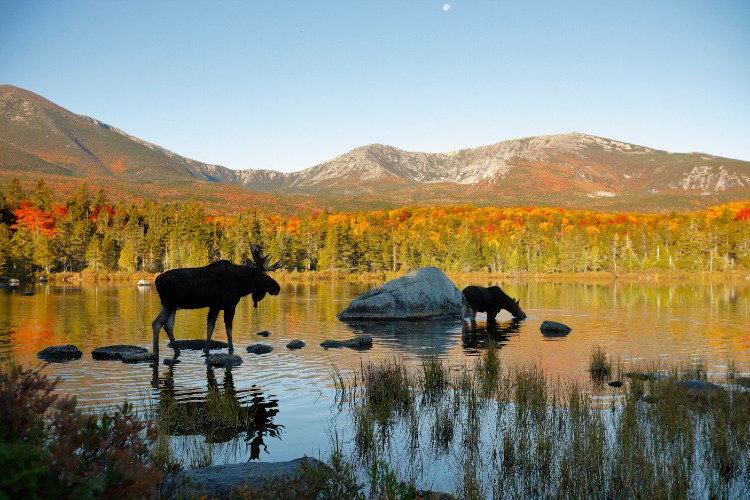 On May 2, more than two years after vetoing an open, competitive sports betting bill, Maine Gov. Janet Mills made the state the first in 2022 to legalize sports wagering. But it could be around 18 months before the first bet is placed, according to Milt Champion, executive director of the state’s Gambling Control Unit.

The law itself does not go into effect until Aug. 2, meaning there is no chance Mainers will be betting on the New England Patriots or Boston Red Sox by fall. And the state’s administrative process appears to be one of the longer ones in the nation.

Champion estimated a launch date of between April 2023-Jan. 1, 2024 for the four digital platforms that will be allowed under the new law. So far, the longest rollouts from legal to live in the U.S. were Tennessee and Washington, D.C., where regulators took 16 months. While some states have launched within four months of a new law being signed, the average is about a year.

Maine’s four platforms must be tethered to one of four federally recognized tribes, while the state’s two casinos, run by Churchill Downs and Penn National Gaming, won’t have direct access to mobile gaming. Though the law doesn’t allow for the two commercial operators to offer their own platforms, it also does not explicitly disallow either from partnering with a tribe, which means that it’s entirely possible PNG’s Barstool Sportsbook could have a presence in the state.

In addition, though Maine is among the smallest states in the nation, it’s also possible that there will be fierce competition for the four licenses should the tribes decide to partner with commercial operators. At the tail end of the new law is this tidbit:

Notwithstanding any provision of law to the contrary, a federally recognized Indian tribe in this State has the same right as any other person or entity to obtain any license, permit or registration to conduct mobile gaming under a law of this State enacted on or after the effective date of this section as long as the federally recognized Indian tribe meets all of the qualifications for the license, permit or registration.

Translation: If the state of Maine legalizes iCasino, the tribes — and by extension, their partners — will already have market access. And it’s well known in the industry that while sports betting is the hot commodity of the moment, iGaming is far more lucrative.

Goal: First round of draft rules in August

As for the matter at hand, Maine’s new law allows for four digital sports wagering platforms, and bettors will be able to wager on professional, college, and amateur sports. The tribes will control who enters the mobile market and won’t pay taxes to the state, though they will have to pay a $200,000 application and renewal fee that is good for four years. Management service providers — which could be any entity from DraftKings or FanDuel to companies like IGT or OpenBet — will pay a $40,000 application and renewal fee every four years.

Churchill Downs and PNG, via their brick-and-mortar casinos, as well as off-track betting parlors, will be able to offer retail wagering with a 10% tax rate. Facility licensees for wagering will be charged a $4,000 application and renewal fee every four years.

Champion and his staff, which is set to grow as the new sports betting law provides funding for a deputy director and an additional inspector, are already getting to work on the regulatory process. Champion said he’d very much like to have a set of draft rules available for comment by the Aug. 2 effective date, but even if he does, the first wagers are still far in the future.

🚨 NEW: Maine is the first state to legalize sports betting in 2022, with Gov. Janet Mills signing legislation into law today.

Under Maine law, once draft rules are posted, the Gambling Control Unit may host a public hearing and open up a 30-day public comment period. Following that, the regulator must provide a response to every comment, and there could potentially be a second hearing and public comment period. Once the draft rules are approved by stakeholders and the Gambling Control Unit, they’ll be sent to the state attorney general’s office, which Champion said could have up to 90 days to review them.

Assuming two public comment periods and that the AG takes the full 90 days, that’s six months of review — stretching the process out to February 2023 — before the draft rules are then sent to the Secretary of State for consideration. While all of that is going on, Champion said his office will be working on myriad application forms for operators, suppliers, vendors, and the like.

The applications would be made available the “very same day” the rules are adopted. In most states, it takes about 90 days to approve an application, which, based on a February 2023 approval date for rules, would mean the first application could be approved in May 2023.

‘I’m not going to hurry it’

Champion isn’t 100% certain how operators will launch in Maine or if retail or digital wagering will move more quickly through the process. Some states, most recently Arizona (Sept. 1, 2021) and Connecticut (Oct. 12, 2021), launched operators as a group, while others, like Louisiana, launched platforms as they were approved.

However it plays out, Champion is committed to taking his time, studying what’s been done in other states, and getting things right the first time.

“Make no mistake about it, there is a process, called the Administrative Procedures Act, it’s very specific, and it explains to me how I follow the rule-making process in the state of Maine,” Champion told Sports Handle. “Aside from that, I wait for the legislature to tell me what to do. … The director will develop rules  — applications, fees, internal controls — and all of that will be developed in hopefully a shorter amount of time, but I’m not going to hurry it.

“I’m going to look into what other states have done. … There are states that have had hiccups because they have rolled it out and then found out that 85% of these bets are made on mobile devices.”

I'm surprised we aren't still waiting on high-speed internet in Maine. 30+ states w/ legal sports betting, Maine waiting on this = continued loss of revenue to NH every minute. Law into effect in July, NFL starts in September. But let's wait til 2024 😂https://t.co/JtWGutHmBb

Nearly three years ago, Maine’s legislature passed a bill that would have allowed for statewide mobile wagering with few restrictions. There was no cap on the number of platforms, and tethering to a physical location wasn’t required.

But Mills vetoed that bill in early 2020, and lawmakers weren’t able to override her veto. A second bill that did require tethering, but would have created a more robust marketplace, passed both legislative chambers earlier this session, but Mills left it to languish on the state’s Appropriations Table in favor of LD 585.