Despite the hype for Gonzaga, three staff writers are picking an Arizona-Duke matchup in the national title game 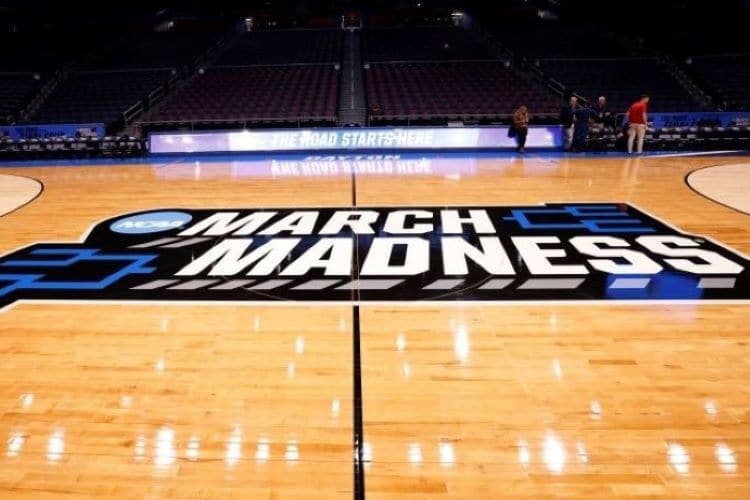 For the first time since 2019, the NCAA Tournament is returning to its traditional format covering all regions of the nation, with sites spanning from Greenville, S.C., to San Francisco.

Although the tournament returned last March after a one-year cancellation due to the global pandemic, last year’s rendition was confined to the state of the Indiana, as the NCAA looked to limit the spread of COVID-19 among participating teams. The return to the traditional format should favor local teams that benefit from a regional bias.

As a staff, we are confident in our abilities to spot a double-digit sleeper. Last year, two double-digit seeds, No. 11 UCLA and No. 12 Oregon State, reached the Elite Eight, with the Bruins advancing to the Final Four. Since the tournament expanded to 64 teams in 1985, on average 6.2 double-digit seeds win in the first round according to the NCAA, prevailing at a clip of 22.4%. From there, the rate of advancement falls sharply, with about 2.3 double-digit teams prevailing in the second round and only 0.6 earning a spot in the Sweet 16.

Before you go crazy picking upsets in your bracket, probably best to take a look at this 😅 pic.twitter.com/4fZJoR8DJD

Nevertheless, you can impress your fellow sports bettors by picking a sleeper that makes a deep run. Top candidates this year include a South Dakota State team that has won 21 straight, a UT-Chattanooga squad led by Kansas transfer Silvio De Sousa, and a Loyola-Chicago team that has made it to the Sweet 16 twice in the last four years.

Without further ado, here are our staff picks. As always, take these with a grain of salt, and follow or fade the picks at your own risk.

North Carolina spoiled Coach K’s going-away party at the end of the regular season, then Virginia Tech ruined the ACC Tournament for him with an upset win in the final. But he’ll get the last laugh when it matters most. This ridiculously talented Blue Devils team will wake up when it has to and upset Gonzaga in the Elite Eight, paving the way for Coach K’s sixth national championship, a fitting sendoff.

You may not want to see Coach K go out with a title, but the betting public sure does.https://t.co/8YpuFA9n2O

For the second consecutive year, Gonzaga is the overwhelming favorite. But despite all the hype, the Zags have gone 1-12 against 3 seeds or better since 2001. Mark Few’s team has a tough road this year with potential matchups against Arkansas and Duke in the second week. The Blue Devils handled Gonzaga’s up-tempo transition offense in a November win. I’m betting that Duke can do the same in the Elite Eight.

Like Mark, I’m predicting an Arizona-Duke final. At FanDuel, there are odds of 39/1 on an exact Arizona-Duke matchup in the national title game. The Wildcats are my pick to cut down the nets. Over the last month, Arizona guard Bennedict Mathurin has arguably emerged as the nation’s top player. On offense, the Wildcats can run Duke center Mark Williams through high ball screens often to pull the big man away from the basket.

While Duke may improve with its communication on switches, something that befell the Blue Devils in the ACC Tournament finals, I think Arizona will prevail in a close game. Arizona guard Kerr Kriisa suffered a sprained ankle in the PAC-12 tournament, and the Wildcats will likely need Kriisa to return by the time of the Sweet 16, when the competition will get tougher.

I’m all in on the Big Ten programs showing out in this year’s tournament. After all, the Big Ten landed three players on the AP first-team All-American list, released on Tuesday. Purdue, Illinois, and Iowa will flex plenty of size and muscle all the way to the Final Four. Purdue, a No. 3 seed in the East, is led by guard Jaden Ivey and center Zach Edey.

The Final Four in New Orleans will look like a Big Ten tournament. At the Final Four, the Boilers’ Bigs will be too much for Gonzaga. The Illini’s experience, meanwhile, will put an end to the Hawkeyes’ run. In the end, Edey and Ivey lift Purdue past Illinois.

Is the #BigTen the best basketball conference?

Top Sleeper: Loyola-Chicago (if they still count as a sleeper). The South region may produce chaos.

I usually watch a lot of college basketball after the NFL season ends. This year I have not, due to distractions such as the risk of nuclear war, binge-watching a lot of good TV that I missed during the football season, and going to sleep early because a small human wakes me around 5 a.m. every day.

I think Gonzaga actually wins the tourney this year, finally, but it looks like the Wildcats might be slightly overlooked in midsize or large bracket pools. They have a decent path to the Final Four in the East, so I’ll take my chances there. Remember, I have no idea what I’m talking about — I only began researching and paying attention 72 hours ago.

I’m not overly confident in my bracket, as I’m expecting (and rooting for) a wild few weeks of college basketball. I believe Auburn, Duke, and Purdue have favorable draws and that each team is elite, despite getting slightly overlooked by the general public.

Admittedly, I wanted to find a darkhorse Final Four pick, but no teams jumped out to me, so I went with three elite teams just off the No. 1 seed line. As for Arizona, I simply believe the Wildcats are the best team in the country and a worthy national champion. Vermont’s offense brings me joy, and I think the Catamounts find a way to win at least one tournament game.

Pause between staff picks to look at a fun prop

Here are FanDuel Sportsbook’s odds on how many No. 1 seeds will make the Final Four:

OK, yeah, Gonzaga and Arizona have looked pretty darn good this year. But the tourney’s two top seeds lost exactly one fewer game than Houston and Murray State did combined, and Houston boasts one of the sport’s most successful survivors in Kelvin Sampson.

His head coaching career began with the Washington State Cougars back in 1987 and, after stops in Oklahoma and Indiana and a cooling-off period as an NBA assistant, he resurfaced at the helm of another Cougar squad — this one at the University of Houston — in 2014. He’s since turned those Cougars into an under-the-radar national powerhouse. It’s easy to forget that, last year, they advanced to the Final Four, where they lost to Baylor. This year, at 40/1, they won’t be losing to anyone.

In a year without an overwhelming favorite, it’s a put up or shut up March for the Zags. Their only loss that is glaring is to Alabama, and I can forgive a stumble in Moraga against a Saint Mary’s team that terrifies me regarding picking UCLA out of the East. It’s weird to have faith in an Arizona team as a Gen X-er, but Kriisa makes the Wildcats less flawed than anyone else in the South.

I expect Arizona to avenge its loss to Tennessee in the Elite 8. I was torn between Providence and Auburn in the Midwest; Kansas is not elite, but the Friars do not strike me as capable of running past both Iowa AND Kansas should they survive South Dakota State. Thus, Auburn.

I freely admit to drinking all the hater-ade in wanting Bob McKillop and Davidson to end Coach K’s career in the second round. Of all the potential 4-13 upsets, Chattanooga may be the only one that pulls it off. And in a complete show of alma mater bias, I expect Marquette to beat North Carolina and give Baylor a game for 30-plus minutes in round two before nobly bowing out.