Also, where to watch and where not to watch college hoops in Las Vegas 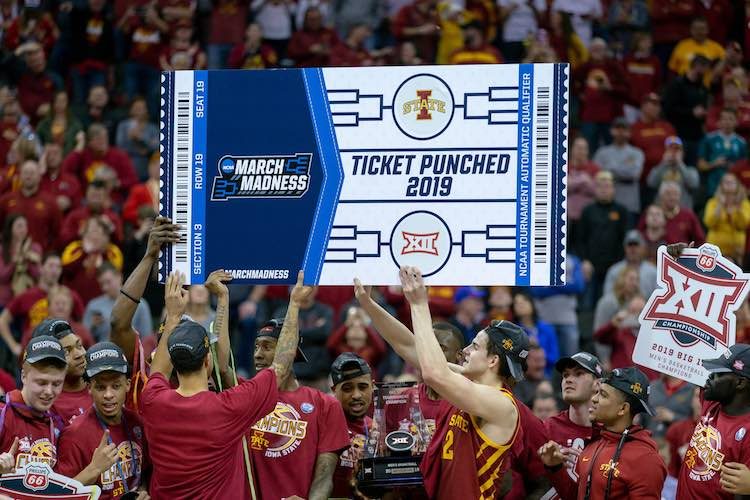 With all due respect to the classic holiday song by Andy Williams, March Madness – not Christmas – is the “most wonderful time of the year” in my book.   While many view the Super Bowl as the pinnacle of annual sports betting events on the sports calendar, what other event offers three weeks jam-packed full of Cinderella stories (sometimes with nuns), buzzer beaters, unexpected blowouts and one shining montage to put a bow on it?

For my money, there’s nothing like being in a sportsbook when a walk-on senior from Punxsutawney banks in a “meaningless” three-pointer at the buzzer against a No. 1 seed to cover the 26.5 point spread.  Walk around the sportsbook lounge and it’s abuzz with the chatter about sleepers and lines that supposedly are way off. Joe Public, the annually minted basketball expert, lives in every sportsbook, touting the “lock of the century” to his friends, dealers and anyone who will listen.

Inevitably, several hours (and a dozen Crown and cokes) later, you’ll see Joe tear his ticket to shreds, proclaim that the refs screwed him, and stumble to the ATM machine desperately hoping he can remember his pin code. Perhaps you have seen this scene before. I’ve seen it many, many times.

So whether you’re headed to the sports betting Mecca for the opening round — Las Vegas — or perhaps a sportsbook in New Jersey, Pennsylvania or Mississippi, or you’re one of 40 million Americans around the country that will fill out a bracket or have some money riding on the NCAA Tournament, I offer this list of top five lists for the 2019 Big Dance. It’s the product of betting/observing many March-April dances and hours and hours handicapping college hoops.

Five NCAA Tournament longshots that could cut down the nets

Five more “longshots” that could make the Sweet 16

*Note that despite thinking ASU doesn’t belong in the tournament, it seems like one of those “doesn’t belong” teams creeps into the Sweet 16 every year.

*** There are always teams that get “hot” in their conference tournaments that the public backs with reckless avail and this year, each of the above teams make that list.   Of those, Oregon is the trendiest of the bunch and will be a “sleeper” in more brackets than not. Despite opening as a 3-point underdog to 5-seed Wisconsin, the Ducks instantly steamed to a 1-point favorite.  While Oregon certainly improved at the end of the season, and thrashed an overrated Washington team by 20 points in the Pac-12 Tournament Championship, I would tread lightly when considering backing such a trendy play (particularly at a worse number than originally offered), which is why I have the Ducks listed three times for emphasis.

Top five Places to watch the tournament in Vegas

Top five places to avoid when watching the tournament in Vegas

Sports Handle contributor Barry McFadden is a co-founding partner of Greathouse Holloway McFadden PLLC in Houston, Texas and has significant experience representing clients in the gaming and sports betting industry.  In addition to his legal practice, Barry and a partner finished in 3rd place in the Westgate Las Vegas NFL SuperContest in 2015, besting nearly 1,800 other entrants for a payday of $181,335. Follow him on Twitter @fade_material.