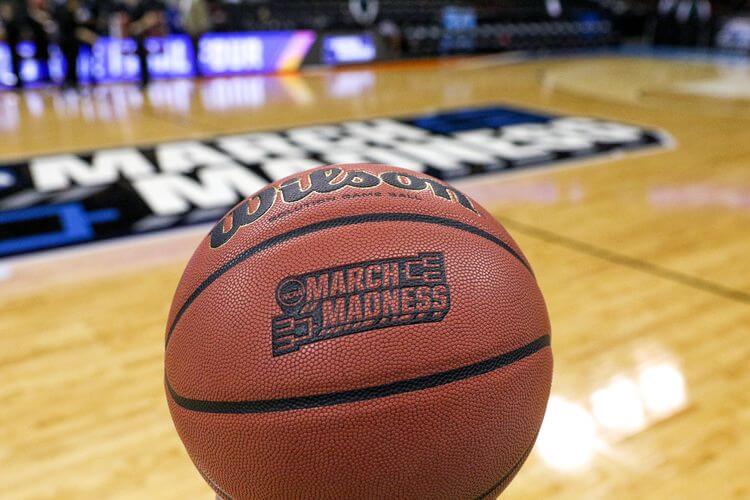 March Madness typically refers to the NCAA Tournament, but that doesn’t mean wackiness waits until the middle of the month. Mid-major conference tournaments offer dramatic finishes as teams battle for their league’s automatic berth into the Big Dance.

Chattanooga punched its ticket this week with a long, buzzer-beating 3-pointer from David Jean-Baptiste. The Mocs move to the NCAA Tournament, where they’re expected to be a 12 or 13 seed, according to bracketmatrix.com.

Jean-Baptiste’s shot captivated college basketball fans, and the Mocs may very well be a trendy pick to pull an upset (or two) next week. With Chattanooga hoping to play Cinderella, let’s take a look at it and a few other mid-major teams with the ability to win the hearts of casual basketball fans and mobile app sports bettors looking to hit on a few underdog winners.

Led by Southern Conference Player of the Year Malachi Smith, Chattanooga has elite guard play. Smith (20.1 points per game) is efficient and can score in multiple ways, including from beyond the 3-point line.

Jean-Baptiste leads the team with 81 3-pointers made, as he’s arguably the team’s top perimeter shooter. After a slow start against Furman, he looked more like himself in the second half and, in overtime, buried the biggest shot of his career. The Mocs are one of the top free-throw shooting teams in the country, making nearly 77% of their attempts, which could come in handy in a tight contest.

Are we America's team? Some are asking. pic.twitter.com/a7iRxcR3dZ

In the post, Kansas transfer Silvio De Sousa averages 11 points and 7 rebounds per game. The 6-foot-9 forward checks in at 245 pounds, giving him the size needed to hang with potential power conference big men in the opening round of the NCAA Tournament.

According to bracketresearch.com, 12 teams seeded 12th in the NCAA Tournament have made the Sweet 16 since 2000. Teams seeded 12th often make the second round, with 33 teams advancing to it since 2000. Whether you’re filling out a bracket or betting on a moneyline underdog in the first round, the Mocs deserve your full attention. If you want to go overboard, the Mocs are +12000 to make the Final Four at FanDuel. Chattanooga is given a better shot at DraftKings, which lists the Mocs at +6000.

The Jackrabbits, who lost by two points to Oral Roberts in last year’s conference tournament, are going dancing after defeating North Dakota State on Tuesday night. Oral Roberts made a Sweet 16 run last season, leaning on an elite offense (66th nationally in efficiency, according to KenPom) to make up for a subpar defense (219th in efficiency).

South Dakota State has not lost since December 15th. Its winning streak is now at 21. You don't want to see the Jackrabbits in the NCAA Tournament.

CHAMPIONS OF THE SUMMIT LEAGUE.

The Jackrabbits lost this season to Alabama, 104-88, but they own wins over Nevada, George Mason, and Washington State. Given its ability to score and 21 consecutive victories, South Dakota State, which is +8000 to make the Final Four at DraftKings and FanDuel, absolutely has what it takes to bust brackets next week as a double-digit seed. Few teams will enter the NCAA Tournament with as much confidence as the group from Brookings, S.D.

“Bennett, how can a team in the AP top 25 poll be considered a possible Cinderella?” Well, dear reader, that’s a good question.

The Racers are 27-2 and ranked 19th nationally. It’s hard to call this program, which will be competing in the NCAA Tournament for the eighth time since 2000, a Cinderella. NBA standout Ja Morant led the Racers to an NCAA victory in 2019, and this year’s team might be even better, with big man KJ Williams leading the charge.

Matt McMahon deserves serious National coach of the year consideration. Murray State goes 30-2, and 19-0 in conference play. If Murray State ends up an eight or nine seed, it’s a massive under seeding.

Racers can make a deep run in the Big Dance.

Still, bracketmatrix.com suggests the Racers will likely be a 7 or 8 seed in the NCAA Tournament, setting up a potential second-round matchup with a No. 1 or No. 2 seed. Murray State’s path to the Sweet 16 figures to be tremendously challenging, but the Racers are still a fun dark-horse pick to make the Final Four (+3000 at DraftKings) or win the national championship (+15000 at most sportsbooks, including Barstool Sportsbook, BetMGM, DraftKings, and FanDuel).

Cinderella? Maybe not, given the national status of the program, but it would take guts to pick Murray State to make a deep postseason run in a bracket pool, especially if the Racers are tasked with a second-round meeting against a No. 1 or No. 2 seed. Murray State has never made a Sweet 16 appearance in program history, giving the team some qualifications to still be considered a Cinderella story.

I considered including Loyola Chicago on this list, but the Ramblers’ recent success makes it hard to call them a potential Cinderella. Sister Jean’s favorite team made the Sweet 16 last season and reached the Final Four in 2018, giving them too much recent tournament success for them to fall into the Cinderella category. Regardless, the Ramblers have proven to be a tough out in March, and they’re +3000 to make the Final Four at FanDuel.

Drew Valentine guides Loyola Chicago to the NCAAT in his first season as a head coach. LUC was a dicey bubble team without a W today, but no matter. Ramblers win the Valley in their final season as a member. (Off to the A-10.) Ramblers: 24th @ KenPom, once again a bracket threat.

Vermont and Iona are both teams with Sweet 16 potential that could easily become this year’s Cinderella, assuming they’re able to win their league tournaments. The Catamounts have dominated American East play this season, going 17-1 and winning the regular-season title by six games. Vermont figures to slide into the 13- or 14-seed range, should it win its league tournament.

As for Iona, Rick Pitino’s team is no joke. The legendary head coach guided his team to wins over quality opponents like Hofstra, Liberty, and Alabama this season. Iona played competitive games with Belmont and Kansas, and the Gaels are the favorite to win the MAAC. Look for Iona to land a seed in the 12 or 13 range if it wins the MAAC title, making it a solid choice to pull a first-round upset.