The first four days of the tournament are a mad rush 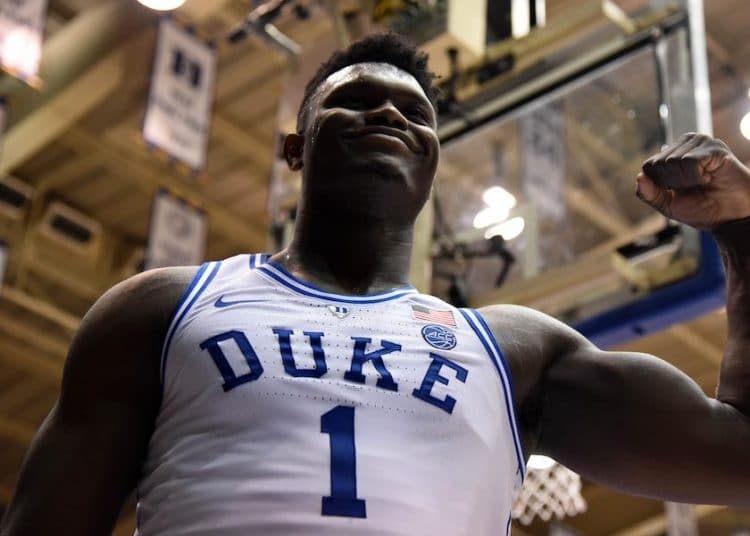 New Jersey’s initial foray into the tentpole sports betting events didn’t go as planned. Sportsbooks in the Garden State took heavy money on the New England Patriots to win Super Bowl LIII, and they did — for the sixth time in the Tom Brady-Bill Belichick era.

The result, perhaps a by-product both of proximity and poor risk-management, was a collective $4.6 million loss on $34.9 million wagered at the New Jersey sportsbooks. In Nevada, the result was just the opposite, as Silver State sportsbooks were more balanced, holding 7.4 percent (or $10.7 million) on nearly $146 million in total wagers. So, how do sportsbooks guard against the kinds of losses seen in New Jersey last month? Truth be told, to some extent, they don’t — or can’t.

“There’s always a local flavor and if you have a successful team, you should anticipate attracting more action on that team, especially if they are playing well,” said Jay Kornegay, Executive Vice President Race and Sports Operations for Superbook, which has a flagship location in Las Vegas and also offers mobile sports betting in Nevada. “We experienced that last year with Vegas Golden Knights, no one saw that coming … and even though they didn’t win the Cup, we had those local losses.”

Single event should not make or break a sportsbook

The Knights became the first North American professional sports expansion team to advance to a league title series or game in their inaugural season. The Golden Knights won the NHL’s Pacific Division with a 51-24 regular season record.

With March Madness just days away, how are sportsbooks preparing for a four-day stretch that can approach the Super Bowl in handle, and a month-long event that may surpass it? The answer is, very carefully, with much forethought, the understanding that one event should not make or break a sportbook, and plenty of enthusiasm.

“We don’t place an emphasis on or need to win every game as a sportsbook,” said Johnny Aitken USA CEO of online sportsbook PointsBet, which is currently operating in New Jersey. “We’re comfortable putting up a number and playing the heads, so we take a longer-term strategy.”

PointsBet saw a “very heavy skew” toward the Patriots to win the Super Bowl, given New Jersey’s proximity to New England. As an operator that sets its own prices, PointsBet didn’t see the need to move the line as the game approached and more and more bets came in. Aitken said PointsBet set its line and stuck with it while competitors moved the line to attract “sharp” money. PointsBet wasn’t as interested in doing that as it was in offering a fair price, in the hopes of retaining customers over the long term.

March Madness bettors camp out for seats at Las Vegas sports book – Hours before the first game of this year’s NCAA basketball tournament began Thursday, every seat at the Westgate LasVegas Superbook had already been claimed. https://t.co/zw9JrGNLZU

When March Madness tips off Tuesday night with the First Four in Dayton, and in earnest Thursday morning at arenas across the country, sportsbook operators will enter a frenetic period of managing odds and taking bets on 28 games in two days, but also of entertaining a crush of guests — March Madness is as much a social event as it is a betting opportunity — and most casinos offer unique betting and viewing opportunities throughout the tournament.

There will be plenty of money moving in and out of books across the country, and Kornegay said the first four days of the tournament can have a handle approaching that of the Super Bowl. But the bets are more spread out, and there’s less regional allegiance to worry about.

“March Madness is a very unique situation, where the first weekend is the biggest,” Kornegay said. For example, “in the NBA, the playoffs aren’t as exciting as the final. The first four days of the tournament have a handle that is very comparable to the Super Bowl. If you take the entire NCAA tournament vs. Super Bowl, we’ll write more than we will for the Super Bowl.”

The difference is that it’s unlikely that a single team or teams will take heavy money a particular team — at least not this time around.  No. 1 Gonzaga doesn’t have enough of a following or relationship with Las Vegas to be a concern, and in New Jersey, defending NCAA champion Villanova may have been a wild card in 2018, but the the Wildcats, based in neighboring Philadelphia, don’t appear they’ll be a factor — unless they get hot during the playoffs. In the opening round, the No. 6-seeded Wildcats will play the St Mary’s Gaels, which stunned Gonzaga with a 60-47 beatdown in the West Coast Conference championship game last Tuesday.

The closest Top 10 teams to New Jersey are Virginia, North Carolina and Duke, so there’s little regional attraction to a particular team. And there are no likely No. 1 seeds coming out of Delaware, Mississippi, Pennsylvania, Rhode Island, or West Virginia, the other five states that have launched legal sports betting.

That means New Jersey and Rhode Island, which also took heavy losses with the Patriots Super Bowl win, likely won’t see a repeat of big money coming in on one team to win and cover the spread (and then then do it again and again…)

For sportsbooks, March Madness essentially sets up upside down. The big money is at the front end. And unless a team with close ties to a state with sports betting makes a run, operators should come out of the madness just fine, particularly in Las Vegas, where there are all manner of fans flying or driving in for a long weekend of betting and buddies. 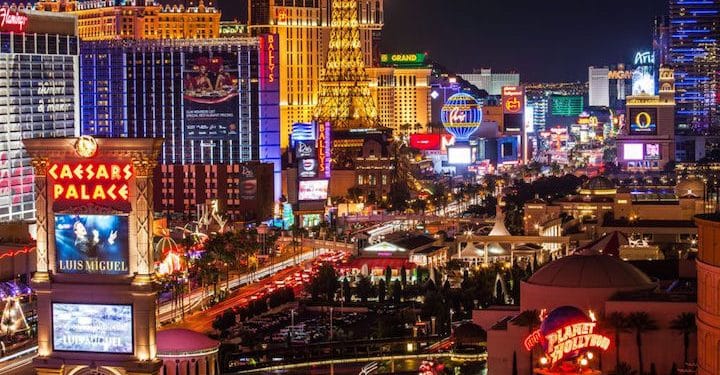 “You see fans of all the teams, you see a lot of jerseys from fans from all corners of the country,” Kornegay said. “You have fans that are betting against their rivals. It’s a really great mix for us.”

Beware teams that go on a run

If the big-time teams cover, the tournament presents little unexpected risk to a sportsbook.

Aitken expects things to be a little different in New Jersey than Las Vegas, because the tourist culture is less a part of the wagering landscape. All sportsbooks in the Garden State will be experiencing their first March Madness in a legal wagering environment since PASPA was overturned last May.

New Jersey bettors, it appears even only nine months in, are everyday fans who finally have the opportunity to lay legal wagers, rather than vacationers enjoying a weekend release. To that end, while Kornegay said the average Superbook tournament bet is about $40 versus $200 for the Super Bowl, Aitken said PointsBet saw a higher average for the Super Bowl and is expecting the NCAA tournament average bet to be closer to $100.

“We sort of approach the tournament from a pricing sense like we would approach a lower-level college game in the middle of December,” Aitken said of the online-only PointsBet. “We allow bigger limits than other books because we have a lot of confidence in the prices we’re putting up.

“It’s different in Nevada, you’ve got go sign up in person, and you get transient people. That doesn’t happen here, though. I think people thought it would be a mini Las Vegas in Atlantic City. But our clients are based in New Jersey, and we want them to be our clients for longer term.”

Both the Superbook and PointsBet are running March Madness specials and promotions, ranging from the Superbook’s “Hoops Central Showdown” to PointsBet paying $3 in credit per 3-pointer when you bet at least $100 on your favorite team. But unlike the Super Bowl, neither is too concerned about the “home team.”

“It’s a different demographic, a different type of customer,” Kornegay said. “The average Super Bowl wager is $200, and the average March Madness wager is $40. These guys are just trying to conserve and not blow it all in the first four days, they are just trying to get through the first four days of the tournament. The entertainment value is tremendous.”