Regulator plans to have rules published in Maryland Register and operational on Oct. 22 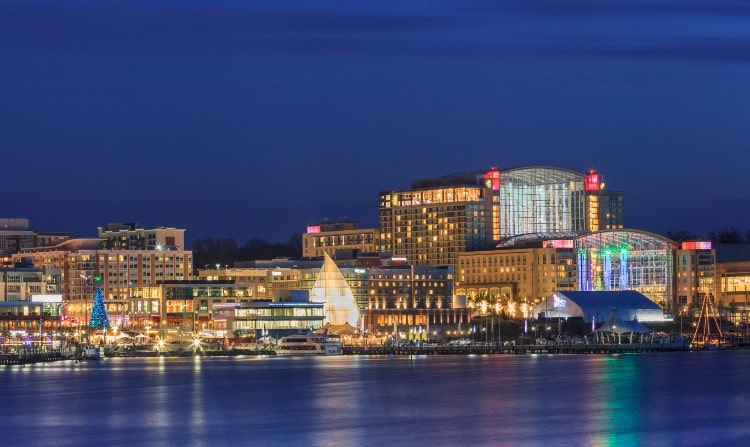 Maryland’s Sports Wagering Application Review Committee is currently accepting and reviewing applications from 17 entities named to hold sports betting licenses in the state’s new law, and some could offer wagering by the end of the NFL season.

John Martin, director of the Maryland Lottery and Gaming Control Agency, offered that potential timeline at a meeting Tuesday. It’s probable, though, that a retail launch will precede a digital one, meaning that sports bettors will likely have to wait until the 2022 season to bet from their mobile devices.

The meeting was the first of three involving sports betting this week. The Maryland Lottery and Gaming Commission held a live public-comment meeting Wednesday morning for proposed regulations. Stakeholders can make public comment through 11:59 p.m. Monday, either via email or regular mail. Managing Director for Organizational Compliance James Butler said the goal is to have all public comments ready for commission review by Oct. 10 and to publish them in the Maryland Register Oct. 22. At that point, the rule-making process would be complete.

Wednesday’s meeting lasted an hour. Among the verbal comments were a request to require the use of official league data on behalf of Major League Baseball, the NBA and the PGA, which have jointly lobbied across the country for the mandate. There were also comments regarding the application process for minority- and women-owned businesses, and a request to add another kind of license that would allow for wagering on self-service betting terminals in those businesses. An additional request from PointsBet asked the regulator to select a mass-launch date, similar to Michigan or Arizona, where all approved and prepared operators went live on the same day.

One small business has a big partner

While Maryland’s new law has the most extensive guidelines and requirements in the nation with regard to minority- and women-owned businesses, most of those participants won’t be among the first wave to be approved or go live. Of the 17 named entities in the law, only a handful fit the bill. The remainder are existing casinos, professional sports stadiums, and horse tracks.

The Riverboat on the Potomac in Colonial Beach is among the named minority- and women-owned businesses singled out by the law and which has announced a a partnership with a major operator. PointsBet announced the deal in June.

“We’re excited about this new endeavor, PointsBet is not only an international leader but has recently proven to be an industry trailblazer. Their landmark agreement with the Riverboat on the Potomac has provided an incredible model for the diversity and inclusion of MBEs all over the United States,” Winston DeLattiboudere, co-managing member of the Riverboat Group, said at the time. “We are proud to be partnering with a giant that understands and believes in the value of inclusiveness in every facet of the industry, from the owners to the bettors.”

Nearly every other major operator has announced a partnership as well in the state, as follows:

Caesars is also partnered with M&T Bank Stadium, home of the NFL Baltimore Ravens, while the NFL Washington Football Team/FedEx Field and MLB Baltimore Orioles/Camden Yards have not yet announced partners. Laurel Park Race Track, owned by the Stronach Group, which also owns Pimlico, hasn’t announced a partner yet, but since the Professional and Amateur Sports Protection Act fell in 2018, the Stronach Group has indicated an interest in operating sportsbooks at its tracks around the country.

Bingo World, Greenmount Station, the Jockey Bar and Grill, Long Shot’s, and Rod-N-Reel are all also named in the legislation as able to take bets.

In addition to the 17 named entities, the Maryland law allows for an additional 30 retail and 60 digital licenses. The new law allows for wagering on professional, college, and amateur sports, with remote registration permitted to create digital accounts.

The Maryland Lottery and Gaming Commission will meet Thursday for its regular meeting, but no decisions on sports betting are expected at that meeting.