Three casinos penned a letter to the SWARC, hoping for faster license approval 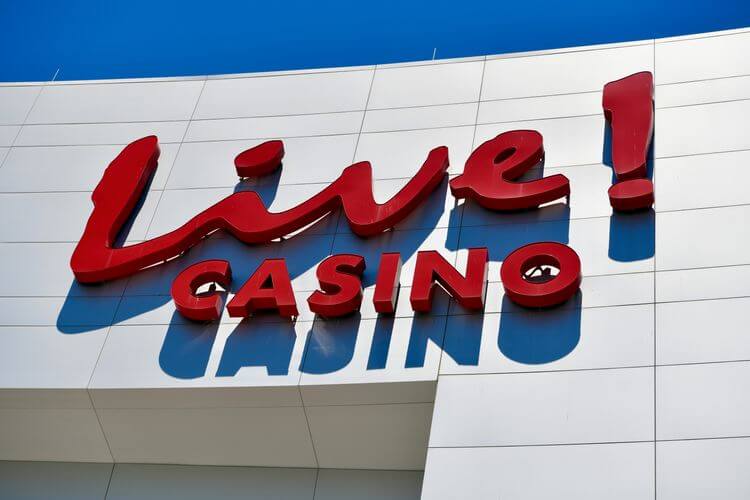 Stakeholders in Maryland are becoming increasingly frustrated by the state’s lack of progress in launching legalized sports betting.

This frustration has led to three competing casinos — Horseshoe Baltimore, Live! Casino and Hotel, and MGM National Harbor — sending a joint letter to the Sports Wagering Application Review Commission (SWARC) urging approval of their sports betting licenses. The casinos would like to offer sports wagering during the NFL season, the busiest betting season of the year, as the so-called DMV area (District of Columbia-Maryland-Virginia) has two NFL teams in the Baltimore Ravens and the Washington Football Team.

The letter, which was sent Monday, asked for “speedy consideration” of their applications. Caesars, which is partnered with Horseshoe Baltimore, declined additional comment about the letter.

The SWARC will meet Thursday morning for a regularly scheduled meeting.

The SWARC is a panel appointed by the governor and legislative leaders that’s designed to be impartial and non-partisan. Its job is to review and approve applications for sports betting licenses.

Five casinos, including the three that sent the letter, were approved by the lottery commission in October.

Under the law, those five casinos are among a group of 17 existing casinos and horse racetracks named as entities that will be licensed within the state. The lottery commission and SWARC may also award up to 60 mobile licenses to operators, although that figures to come after the launch of legalized retail wagering.

After canceling an October meeting during which approval of the five casinos was expected, the SWARC neglected to give the go-ahead at its Nov. 3 meeting. It asked that “all the applicants supply additional ownership information,” which drew frustration from lottery officials.

“We’re obviously disappointed by the lack of progress in yesterday’s SWARC meeting, but we’re pleased that we’ve moved forward in other areas,” Maryland Lottery and Gaming Director John Martin said in a press release at the time. “The delay is likely to push sports wagering back until after the New Year. At this point, we are hoping to make the NFL playoffs in January and the Super Bowl in February.”

Martin didn’t pull any punches during a Tuesday webinar sponsored by Gambling Compliance, sharing that the lottery commission and SWARC “have yet to work well together.” When listing reasons why Maryland has yet to launch legal sports betting, Martin cited that rocky relationship.

John Martin, the director of the Maryland Lottery and Gaming Control Agency, during a @GamblingComp webinar today said he thinks the state is “still a long way away” from legalized mobile betting.

“When you realize we may have another 12-24 months of this, we absolutely have to find a way to work with the SWARC to make this happen,” Martin said Tuesday.

Martin went on to say that the lottery has done what it can for the time being, and that the responsibility now sits with the SWARC to approve the five casinos.

“We’re sitting here hopeful that the SWARC will move very quickly so we can get on to the ultimate completion of the task and get sports wagering up and running,” Martin said.

The casinos, as evidenced by their letter, are disheartened by the lack of decision-making from the SWARC, and Martin has shared his frustration numerous times in recent weeks.

That Maryland still won’t have sports betting by the end of 2021 @GovLarryHogan https://t.co/7ZRg1FFUKk

Even Maryland Gov. Larry Hogan chimed in earlier this month.

“On sports betting, it’s a very frustrating situation,” Hogan told FOX Baltimore. “Obviously the voters overwhelmingly voted for sports betting. They passed a law which they now seem to be ignoring.”