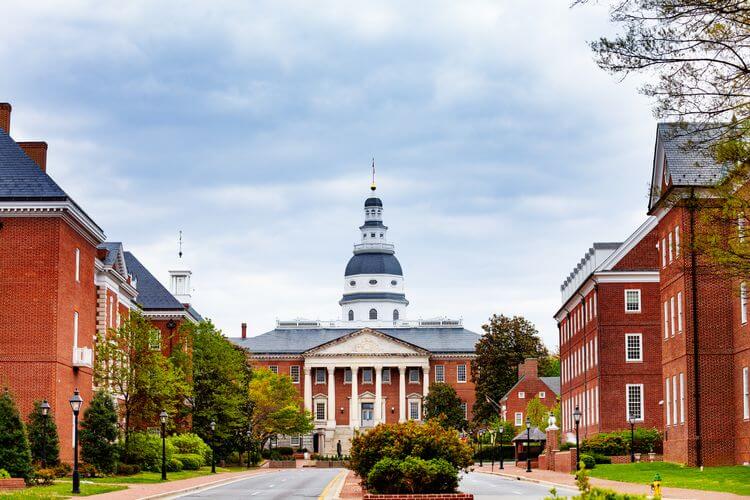 The five casinos moving to the next step of the state’s multi-layer approval process, with their sports betting partners, are:

Under Maryland law, the five casinos approved are among a group of 17 existing casinos and horse racetracks named as entities that “shall” be licensed in the state. The Maryland Lottery and Gaming Control Commission and SWARC may also award up to 60 mobile licenses.

At a lottery commission meeting that followed Thursday afternoon, PointsBet was granted initial approval. PointsBet is partnered with Riverboat-on-the-Potomac, a Black-owned business. That potential retail location now needs to be approved by the SWARC in the fashion the five casinos were.

The SWARC’s Thursday morning decision — two commission members opposed the five casino approvals — moves those casinos along to the next step in the approval process. The final step includes the lottery commission reviewing and approving internal controls and other technical requirements.

“We still have a few important steps to go before we get to that final grand opening for each and every property, but we anticipate over the next 30-45 days to be able to work through that so we can get all of them up and running as soon as possible to participate in the upcoming NFL Playoffs and the Super Bowl activity,” John Martin, the director of the Maryland Lottery and Gaming Control Agency, said Thursday afternoon. “We are committed to helping move that along.”

We are pleased that the legislature's sport wagering commission has finally acted to approve these licenses.

Our administration will continue to work to get sports betting up and running in Maryland as quickly as possible. https://t.co/95ByvDthaK

For the casinos, the approval took longer than they hoped. After the casinos received the go-ahead from the lottery commission in October, the SWARC scrapped its meeting that month and then decided not to take a vote on the locations at a Nov. 3 meeting.

While the five casinos moved closer to a launch of retail sports wagering in Maryland, it’s not clear exactly when that would be. And the SWARC discussion included significant debate along the way.

Cassandra Stevenson and Frank Turner were the two opposing votes. The two commissioners voiced their concerns about rushing through the approval process. Both members, as well as other members of the commission, shared worries about the lack of minority and female ownership by some of the casinos and sportsbook operators.

Maryland’s legislation includes the most inclusive minority- and women-owned business guidelines for sports betting in the U.S. The SWARC’s duties include to “actively seek to achieve racial, ethnic and gender diversity when approving applicants.”

“The only thing we’re asking, is give us a little bit more time so some of these minority- and women-owned businesses can catch up and start at the same starting point,” Turner, a former state delegate, said during the meeting.

Among those applicants is the Riverboat-on-the-Potomac, a minority-owned business that received the initial go-ahead from the lottery commission a few hours after Turner’s comments. Riverboat-on-the-Potomac is partnered with PointsBet, which asked for a mass-launch date in September. That request wasn’t granted, and PointsBet and its partner appear to be a step behind a handful of other casinos in the regulatory process.

Long Shot’s is another applicant, and it’s a woman-owned business, as is one of the two bingo halls.

Stevenson stressed that there are additional applicants in the pool of 17 mandated by the state that do include minority and women ownership. She wondered why the group couldn’t delay approval until those applicants were ready to be approved alongside the five casinos mentioned at the meeting.

“If we’re looking at it from a diversity perspective and we want to do block voting, it would behoove us and maybe be in our best interest — if for no other reason than perception only — to wait until some of those other applicants have been vetted by the lottery commission,” Stevenson said. “So when they come into our commission, we now have a more diverse population, and we’re approving licenses at the same time.”

A major pushback from SWARC member Randy Marriner on Turner and Stevenson’s points was that Maryland residents want legalized sports wagering now, and the commission has a duty to act in their best interest. Various stakeholders have a desire to move quickly, and three casinos even sent a letter to the SWARC earlier this week urging “speedy consideration” of their approval.

Another pushback was that a delay wouldn’t be particularly meaningful or beneficial. There were questions posed by the commission about what a delay in approving the casinos would actually accomplish.

“I’m troubled that we don’t have more minority interest at the ready,” said SWARC member Rosie Allen-Herring, “but what troubles me more, quite honestly, is that I’m not certain where the pipeline is. Because the challenge before us is, we delay, and we delay for what? We delay to potentially find out that maybe someone could be in the pipeline at a later time?”

In the end, the SWARC voted to approve the five casinos for retail sports wagering.

Thursday represents one step toward the launch of legalized sports betting in Maryland. Mobile betting is still far in the future, and could take a year or so before a launch.

SWARC member Laura Gamble noted that mobile sports betting generates a significantly larger chunk of revenue than retail locations. Gamble believes the SWARC should put a heavy emphasis on minority and female involvement in the mobile side moving forward.

“I personally think it would be best for the commission to be able to spend time figuring out how we’re going to get minority and female participation in the mobile side and whatever needs to happen for that to be an equal playing field,” Gamble said. “To me, that sounds like … where the best opportunity for ownership and wealth building for the female and minority business owner to occur, and I’m not sure I can tell you right now how we encourage that. I would really like the commission to spend time doing that.”

It’s unclear exactly how the SWARC aims to help level the playing field for minority- and women-owned businesses, but that figures to be a discussion topic in future meetings.

It’s also worth noting that Martin said Tuesday on a webinar that the lottery and SWARC have “yet to work well together.” Based on Thursday’s meeting, it seems evident that even within the SWARC itself there’s ample disagreement. Multiple members of the commission seemed content to delay approval of sports betting licenses for the five casinos another few months, while others appeared more set on moving forward.

The group’s ability to work together and reach decisions over the coming months will be a major factor determining when mobile betting eventually launches in the state.