Regulators included an official league data mandate, even though the law doesn't require it 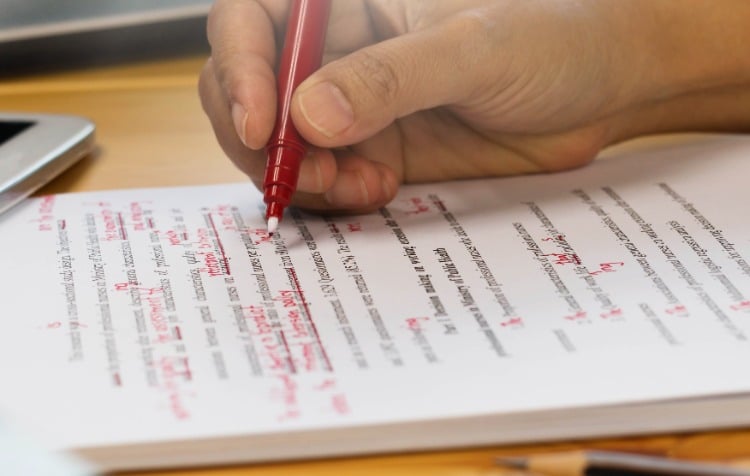 Their key issue is the required use of “official league data,” which is not mandated by the state’s new sports betting law but in the proposed regulations would be necessary to settle Tier 1 bets. No other U.S. regulator has added an official league data requirement if it wasn’t in the law, and none requires the use of such data to settle Tier 1 bets, which include bets on the outcome of a game.

Even Sportradar’s Brandt Iden — who as a Michigan representative was the architect of one of the first laws to include the mandate — expressed major concerns about the data requirement in its current form:

“Five other states have included in statute a similar mandate to the Commission’s proposal. However, these mandates were contemplated and negotiated with all stakeholders via the legislative process. In Maryland, we believe the legislative intent of specifically not addressing this mandate in statute intentionally recognizes that decisions regarding data are best for private commercial agreements between operators and suppliers.”

Lawmakers in Arizona, Illinois, Michigan, Tennessee, and Virginia all mandated the use of official league data — but since the Professional and Amateur Sports Protection Act was overturned by the Supreme Court in 2018, the vast majority of now-legal sports betting states omit any such requirement. Twenty-eight U.S. jurisdictions currently have live, legal wagering, and a handful more are legal but not yet live.

Looking for a compromise?

Iden was joined by representatives from every major operator in his request to the Maryland agency to at least modify the data requirement, if not remove it altogether. Operators were uniform in pointing out that the General Assembly made a “deliberate decision” not to include a data mandate, and no other state regulator has taken a similar step to add the requirement unilaterally. Many of the letters implied that operators believe the state will move forward with the mandate, however, so the best course of action is to mitigate what that will look like.

And from FanDuel’s Cory Fox:

Not surprisingly, the professional leagues, including Major League Baseball, the NBA, the PGA Tour, and the NFL, all wrote in favor of the mandate — and then some. In states with a data mandate, that data is supposed to be offered to sportsbooks at a “commercially reasonable” rate. While a figure for that has not been publicly agreed upon, the NFL appears to be asking Maryland regulators to allow it to be less than transparent about how much it will charge for data. Jonathan D. Nabavi, the league’s vice president of public policy and government affairs, wrote:

We would ask that the proposed regulations stipulate that information provided to the Agency to demonstrate that official league data is being offered on commercially reasonable terms, and which may be competitively sensitive in nature (e.g., details regarding how it is collected or compiled, or the official league data license terms), be maintained by the Agency in confidence, to the maximum extent permitted by law.

Some retail could go live by end of year

The agency said it will take the comments under consideration, and it is planning to deliver a finished version of the rules to the Maryland Lottery and Gaming Commission in time for its Oct. 21 meeting. The plan from there is to have the final set of rules published in the Oct. 22 Maryland Register and launch retail wagering in some locations before the end of 2021.

If PointsBet has its way, all authorized entities would launch on the same day. PointsBet is partnered with Riverboat-on-the-Potomac.

“A uniform starting line for mobile operations allows for consistency in this fast-moving industry. Consistency in launch dates is critical to ensuring that the 17 named entities and their operators have the ability to enter this new market, go live in a uniform and timely manner, and to offer a range of products that the customers can utilize and ultimately determine which best suits their needs,” wrote PointsBet Compliance Officer Nate Reed.

Regulators in Colorado, Tennessee, and, more recently, Arizona, are among those that launched licensed operators as a group on the same day.

.@declan_hill, an investigations professor at #UNewHaven, discusses the temporary licenses issued to companies, without undergoing background checks, for #OnlineGambling. (via @marylandmatters) https://t.co/iZK8NvkmkO

Maryland’s new law names the venues that could host in-person sports betting, including three professional sports stadiums, six existing casinos, and five horse racetracks. Those entities will be the first to get approval for wagering from the state agency, well ahead of other potential licensees that run myriad small businesses interested in adding wagering to the menu. Maryland’s law allows for up to 60 digital licenses and 30 “Class B” retail licenses.

Among the other key issues raised by stakeholders were potentially too-stringent geofencing rules, inappropriate timelines, and bet limits. The proposed regulations call for a $5 million bet limit.

FanDuel’s Fox wrote that “while a $5 million wager on a single event is large and may seem extreme, there are situations where these large wagers are actually highly calculated business decisions by individual bettors. For example, there is a well-known owner of a furniture business who has promotions based on the performance of sports teams. He then places large sports wagers to offset the financial risk of the promotion.”

Fox was referring to Houston’s Jim McIngvale, or “Mattress Mack,” who has made headlines for wagers such as betting $2 million on the Houston Astros to win the World Series and $3.35 million on the Tampa Bay Buccaneers to win the 2021 Super Bowl. He’s also been known to bet millions on the Kentucky Derby.

Jim McIngvale, known in Houston as Mattress Mack for decades, bet $3.46 million on the Bucs. Knowing him and his philanthropic endeavors, he’ll probably find a way to give most of it away. Good for him!

McIngvale placed several of those bets in Colorado, which has no bet limit, and Maryland could potentially cost itself tax revenue by not accepting the occasional massive wager.

To counselors , Maryland’s proposal to allow a single sports wager of up to $5 million is too high — by $4.9 million. To online betting sites, there should be no limit at all. Records show this is the sort of call states must make as sports betting booms https://t.co/2HjaorGvIX

Besides bet limits and the use of official league data, stakeholders pointed out numerous other concerns with the proposed rules:

While major operators, suppliers, responsible gaming advocates, and the professional sports leagues offered up their thoughts, some average citizens did, too.

“Very much AGAINST all sports betting. Please make it as restrictive as possible. The very integrity of sports ethics is being imperiled,” wrote Cynthia Lyons.

But Austin Gaspley may have summed it best for those waiting to place their first bet: “Please pass this framework quickly and efficiently so residents of Maryland can enjoy sports betting,” he wrote. “Nothing says footballs back like hammering a 6 game spread parlay. Let’s go.”