Maryland bettors wagered more than $30 million in March, nearly $6 million more than they bet in February

by Bennett Conlin
in Casino, Industry 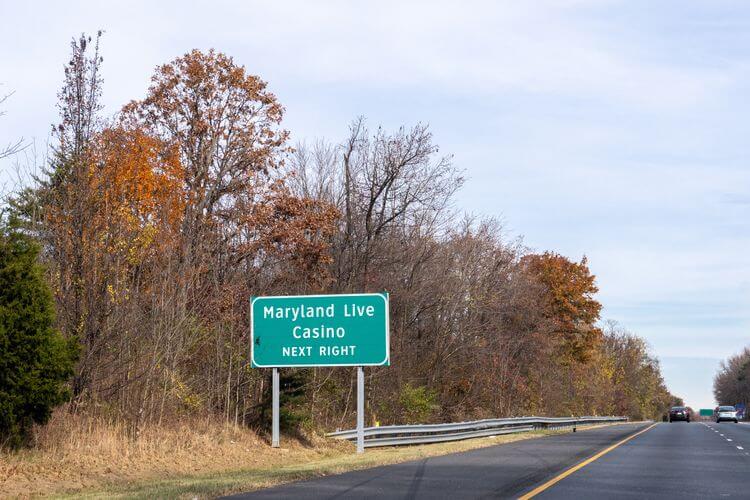 Maryland sports bettors legally wagered over $31 million in March, according to data released Monday by Maryland Lottery and Gaming. The monthly handle was nearly $6 million higher than February, when Maryland bettors wagered $25.5 million at the state’s five retail sportsbooks. Meanwhile, January’s handle was the highest of the year, checking in at $32.5 million.

March Madness went well for the operators, as they brought in $3.9 million in gross gaming revenue, up from the $955,000 reported in February. The hold of 12.7% was up from February’s hold of just 3.74%. Maryland received $577,019 in tax revenue from operators in March, taxing operators’ winnings at 15% after deducting promotional play.

The highest handle ($13.6 million) and contribution to the state ($258,402) came from Live! Casino, which is located in Hanover. The casino partners with FanDuel to offer its retail sportsbook, and the entity held a few different March Madness events to help generate fan interest and foot traffic during the month.

With 17 NCAA appearances, 2 Final Fours & 1 Championship, @GARYWILLIAMS02 knows a thing or two about March Madness; he and the other coaches will be here March 15 at 4:30PM breaking down this year’s bracket. @CoachesDCPod @ExCoachKnoche @CoachPatsos @gaustin17 #FanDuelSportsbook pic.twitter.com/IcXCozLUOf

MGM National Harbor (BetMGM) was the only other casino to come close to reaching $10 million in handle, hitting $9.3 million. The casino contributed $176,137 to the state in March.

Riverboat-on-the-Potomac (PointsBet), Long Shot’s, Greenmount Station, and Bingo World (Rush Street Interactive) have all been awarded retail sports betting licenses by the Sports Wagering Application Review Commission. The entities have yet to share exact timelines for launching their sportsbooks, but they’re all far along in the application process and only need final approval from the lottery to launch.

Meanwhile, state lottery officials are hoping for mobile sportsbooks to launch by the start of the 2022 NFL season.