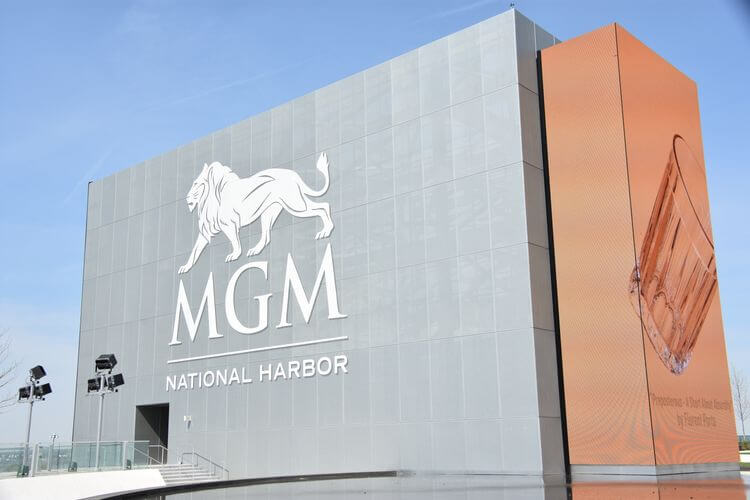 According to a Maryland Lottery and Gaming Control Agency (MLGCA) spokesperson, MGM National Harbor (BetMGM) can launch its retail sportsbook as early as Thursday after going through controlled demonstrations — essentially a soft launch with limits on wagers and the number of invited guests — on Monday and Wednesday.

Horseshoe Casino Baltimore (Caesars) and Live! Casino & Hotel Maryland (FanDuel) have also begun publicizing their sportsbook openings. Each casino has tweeted that they’ll launch retail sports betting Friday, with Live! Casino even counting down the days until the retail launch on Twitter.

Horseshoe Casino and Live! Casino also both plan to hold ribbon-cutting ceremonies that are to include Hogan, according to The Baltimore Sun. Live! Casino plans for Baltimore Ravens legend Ed Reed to place the first bet as part of an opening ceremony at 9:30 a.m. Friday. A sports betting counter and kiosks will be inside Sports & Social Maryland, a restaurant and entertainment location within the casino. The counter and kiosks will be within view of a 100-foot media wall that will show live sporting events.

Horseshoe Casino plans to have a few celebrities at its opening as well, including former Ravens Torrey Smith and Adalius Thomas. Horseshoe Casino is the official casino partner of the Baltimore Ravens.

Staff from the Maryland Lottery observe each casino during the controlled demonstrations. Leaving a day open between the two introductory days allows the retail locations to make any necessary adjustments. After successfully completing the second day of controlled observations, each retail location can launch sports betting.

The three casinos expected to launch their retail sports betting offerings this week were among five Maryland casinos awarded licenses by the Sports Wagering Application Review Commission (SWARC) in November. The other two, Hollywood Casino (Barstool Sportsbook) and Ocean Downs Casino (TwinSpires), don’t have a timetable for their respective launches, according to The Baltimore Sun.

Other retail locations may soon be on their way to launching sports betting as well.

The SWARC meets Wednesday afternoon, and the agenda is focused on potentially awarding sports betting licenses for Riverboat-on-the-Potomac (PointsBet) and Long Shot’s. If awarded licenses, the two entities would move to the final stage of the sports licensing approval process. During that period, each entity would go through a few steps, including controlled demonstrations.

While Maryland’s new law also authorized digital betting, that is not to begin until sometime in 2022.