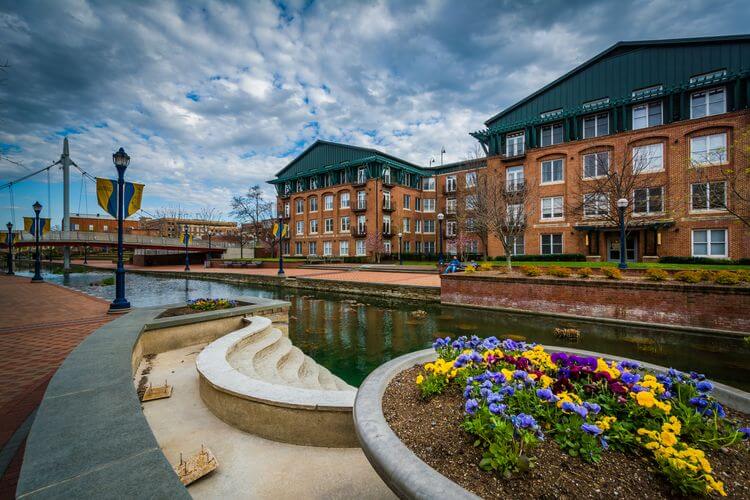 An additional two entities — a pair of off-track betting facilities — hope to launch sports wagering in early 2022. Those two OTBs, Riverboat-on-the-Potomac (which is partnered with PointsBet) and Long Shot’s, represent the type of businesses Maryland legislators want to include as legal sports betting arrives in the state. Riverboat-on-the-Potomac is a minority-owned business, and Long Shot’s is a woman-owned business.

“That’s why the whole legislation was developed, right?” Maryland Lottery and Gaming Director John Martin told Sports Handle. “That’s the promise, is to get everyone a seat at the table.”

Diversity of ownership matters in Maryland

When legalizing sports betting, Maryland lawmakers included language to promote diversity within the industry. The Sports Wagering Application Review Commission (SWARC) is the group that awards sports wagering licenses, and the group is tasked in part with ensuring that some of the facilities awarded licenses have diversity within their ownership groups.

Located in Frederick, Md., Long Shot’s is owned by Alyse Cohen, making it the first 100% woman-owned entity to receive a retail sports betting license in the state.

“It’s really exciting to sort of pave the way for an underrepresented group within sports betting and sports in general,” Cohen said. “Women have a very active history in sports. American women are especially successful in sports. For me, this is just a wonderful opportunity to stand up in a male-dominated industry.”

Riverboat-on-the-Potomac is 100% minority-owned, and the entity lists its address in Colonial Beach, Va. But since Maryland owns the river up to the Virginia shore, it’s technically a Maryland sports betting entity. Tony Jones, who holds an ownership stake in Riverboat-on-the-Potomac and works as the chief strategy officer at Delmock Technologies, expressed gratitude toward lawmakers during a lottery commission meeting on Dec. 2.

“We thank them for making certain that equity, inclusion, and diversity was not just an idea, but made part of the language of the law,” Jones said.

For Martin, the lottery, and the SWARC, diversity of ownership will remain a focus moving forward, especially as the state launches mobile betting at a later date.

“We will continue to look for those opportunities in 2022 as we move into the competitive bid process for both the remaining brick-and-mortar locations — up to 30 licenses — and the up to 60 potential mobile licenses,” Martin said. “We’re gonna look for that inclusion, diversity, and equity partnerships in all of those efforts.”

Partnership agreements for each entity

Riverboat-on-the-Potomac is partnered with PointsBet, as that official deal was announced in June.

“We’re excited about this new endeavor. PointsBet is not only an international leader but has recently proven to be an industry trailblazer,” Winston DeLattiboudere, co-managing member of the Riverboat Group and owner of Delmock Technologies, said in a statement. “Their landmark agreement with the Riverboat on-the-Potomac has provided an incredible model for the diversity and inclusion of MBEs all over the United States. We are proud to be partnering with a giant that understands and believes in the value of inclusiveness in every facet of the industry, from the owners to the bettors.”

NEWS: We have announced plans to enter the recently legalized Maryland sports betting market through an exclusive agreement with the revered Riverboat on the Potomac, subject to regulatory approvals. pic.twitter.com/YNcpb6b0WX

For PointsBet, the partnership allows the operator to work with a diverse ownership team. That’s something PointsBet wanted when joining forces with a Maryland entity.

“I think that’s huge,” PointsBet Director of Communications Patrick Eichner said. “I think it helps sort of elevate PointsBet, both of us working alongside each other and achieving our joint objectives and helping shape the industry for the better as we move forward.”

While Riverboat-on-the-Potomac and PointsBet are excited about their future together, Long Shot’s doesn’t have an official sportsbook partner. News on that front is expected in the coming weeks.

“We have exciting plans for our retail sportsbook that will make it a centerpiece to the economic and cultural vibrancy of the fastest-growing county in the state,” Cohen said in a statement.