As state nears launch, each prospective operator needs to progress through four steps 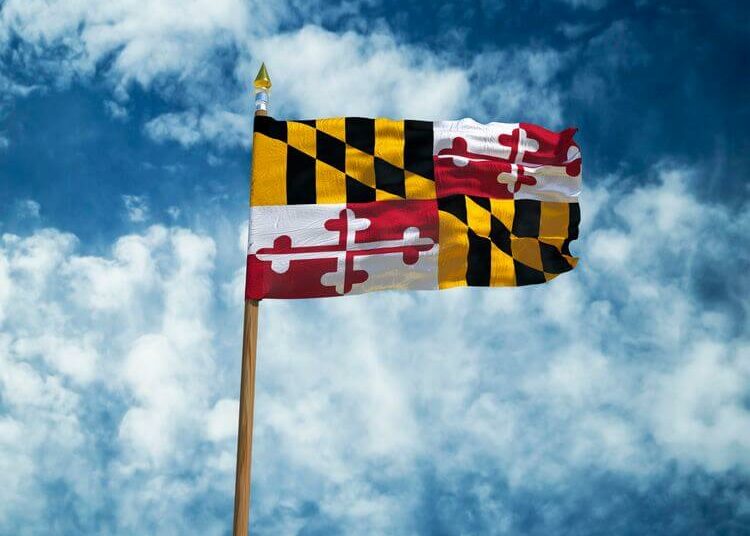 After a long wait, retail sports betting is expected in Maryland by the end of 2021.

“Boy, I’m still hanging onto this late fall as long as I can, but it might be the first few days of winter, but somewhere somebody in Maryland is going to start placing bets before the month of December is out,” John Martin, the director of the Maryland Lottery and Gaming Control Agency, told Sports Handle.

While the timeframe for the first retail sports wagers is becoming more clear, Maryland’s path to legal sports betting can be rather confusing and cumbersome. The state has some of the most comprehensive sports betting legislation in the U.S., which means multiple steps are needed for sports betting operators to be issued licenses.

The approval process for the first five licenses granted to casinos took multiple months this fall, as the Sports Wagering Application Review Commission (SWARC) took its time. The SWARC met for the first time on Aug. 16 before giving approvals on Nov. 18. There was hope from operators and the lottery that the SWARC might approve the five casinos earlier, but the group canceled its October meeting and didn’t make any decision at its Nov. 3 meeting.

Maryland’s process has moved more slowly than other states. Louisiana legalized via referendum in November of 2020, and the state took retail bets by the end of October 2021. That happened even as the impact of Hurricane Ida slowed down the state’s launch. Arizona moved quite fast, launching in September after lawmakers legalized in April.

A factor in Maryland’s slower timeframe is the state’s legislation. The law aims at promoting diversity within the state’s sports betting industry. Maryland lawmakers wanted to ensure small business owners, including businesses owned by minorities and women, were given ample opportunity to break into the predominantly white and male field.

Lawmakers hoped to learn from previous experiences, like when the state legalized medical cannabis. Maryland issued its first batch of medical cannabis licenses to all-white firms. Lawmakers wanted to better promote diversity during the early stages of the state’s legalized sports betting.

At its Nov. 3 meeting, the SWARC asked the five casinos applying for licenses to provide more data about their ownership. Several SWARC members wanted to know whether women and minorities were given opportunities within those companies.

The Maryland sports betting license approval process involves four steps. First, the SWARC reviews applications to determine if it’s in the public’s best interest to approve the applicant. The SWARC also looks at geographical considerations during the initial step.

It’s worth noting that 17 Maryland casinos and horse racetracks are named as entities that will be licensed by the state under Maryland law. The five Maryland casinos recently approved for a license by the SWARC essentially didn’t have to go through the first step of the four-step process because they were among the 17 named in legislation.

The Maryland SWARC approved 5 casinos for retail sports wagering this morning. They are:

Throughout the four-step approval process, there’s an element of back-and-forth between the lottery and SWARC. The second step bounces things back to the lottery. During the second step, a qualification phase, the lottery reviews an applicant’s financial integrity. The lottery also conducts a criminal background check of the owners of the applicant.

If everything looks good, the SWARC handles the third step.

Is the third step a stumbling block?

Five casinos were recently approved by the SWARC, but the third step of the process proved tricky and time consuming.

During this third step of the approval process, the SWARC looks to award a license. There was significant discussion about the diversity among the ownership of applicants during the most recent approval process. Eventually, the SWARC awarded five licenses, but it wasn’t without debate internally. Expect diversity — part of the SWARC’s job is to ensure minorities and women are represented in the industry — to remain a discussion point when it comes to future approvals.

“I simply want to ensure that within the confines of where we are and where we find ourselves that we put forth the effort, which is the only reason I can remain on the commission, is if we put forth the effort to ensure that minority and women-owned businesses have the ability to be in the pipeline, to be considered, considered sooner, quicker, and faster. … I simply want to be sure that there will be some at the table,” SWARC member Rosie Allen-Herring said at the most recent meeting.

Even with some recent debate from the SWARC, Martin expects the entire process, including the third step, to go more smoothly in the future as the SWARC gains comfort working through the approvals.

“I think they’ll have the whole work plan set up so that it’s not going to be a stumbling block or a delay in the process,” Martin said.

The people behind the acronym

Many members of the SWARC come from industries outside gaming. The commission members will likely gain knowledge about the industry over time, but the entire process and what to look for during the process has required a bit of a learning curve.

The SWARC is a seven-member commission comprised of people from varying backgrounds.

Thomas M. Brandt is the chair of the SWARC, and he used to serve as the CFO of TeleCommunication Systems, a $400 million Maryland-based wireless communications technology company. Brandt was appointed by Gov. Hogan to his role, as was commission member Bert Hash Jr. A former financial services executive, Hash Jr. has more gaming experience than most. He worked for the Maryland Lottery and Gaming Control Commission (MLGCC) from the beginning of 2018 through June of 2021.

Hogan’s third appointee is E. Randolph Marriner. Hogan is an outspoken supporter of legalized sports betting in the state, and Marriner, an entrepreneur with a marketing background, is also on the MLGCC. He has a seat at the table during all four phases of the approval process.

Maryland Senate President Bill Ferguson appointed Allen-Herring and Laura Gamble to the SWARC. Allen-Herring works as the CEO of United Way of the National Capital Area. Gamble is the regional president of PNC Bank, Greater Maryland.

House Speaker Adrienne A. Jones appointed Cassandra Stevenson and Frank Turner to the committee. Stevenson and Turner were the only votes against approving the five casinos in the most recent SWARC meeting. Stevenson works as the senior vice president and head of corporate tax at Raymond James Financial. Turner has a political background, having served in the House of Delegates from 1995 to 2019.

“While there are a number of well-intentioned people on the SWARC, for the most part, gaming is not their primary business,” Martin said.

The final step in the process, which the five approved casinos are going through currently, sends the potential licensees back to the lottery. The lottery goes through some procedural requirements with the licensees, checking aspects of their operation such as accounting systems, security, and responsible gaming practices. Once this step is finalized, the license is officially issued.

It’s also worth noting that a recent lottery meeting made it possible for “staff” to officially issue licenses. This makes it so the lottery commission won’t have to meet every time a license needs to be issued. The decision doesn’t waive any regulations, but it can make for a speedier final step of the process.

When an applicant moves through all four steps, it’s able to launch its sports betting offering.

A smoother process moving forward doesn’t necessarily mean a faster process, though. Given the many administrative steps, the process may still move slowly.

Martin likened Maryland’s four-step approval process to a track-and-field relay race. Passing the baton efficiently takes practice, and he expects the lottery and SWARC to get better at moving from step to step in the coming months.

Martin also said the Lottery and Gaming Control Agency and Sports Wagering Application Review Commission (SWARC) have “yet to work well together.”

“If you’re not used to doing it, maybe it’s not as smooth as it will be, and it will get smoother,” Martin said. “There’s no doubt about it.”