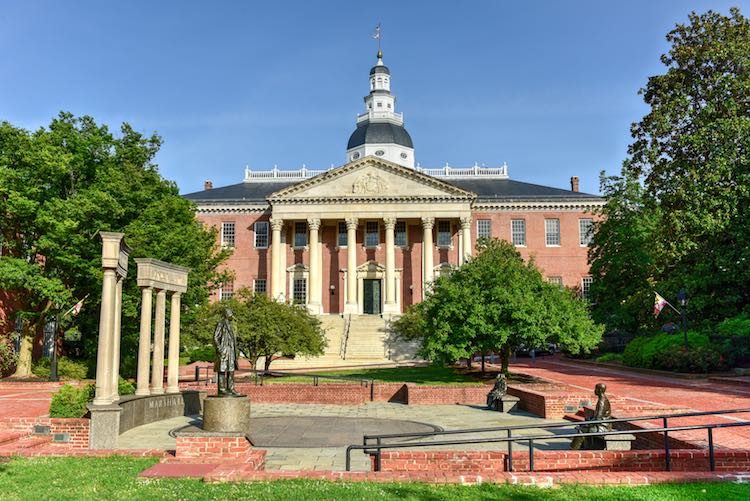 Maryland lawmakers on Tuesday inched closer to sending a decision on legal sports wagering to the voters when the Senate Budget and Taxation Committee sent an updated version of SB 4 to the Senate floor. Bill sponsor Craig Zucker altered the bill to add a potential new Washington Redskins stadium and three horse racetracks to the list of places that could house sportsbooks. The bill would allow for state-wide mobile sports betting, and if approved by both chambers it would go on the November ballot.

The Redskins are in a unique position, as they are searching for a new stadium site and negotiating in multiple jurisdictions in the Washington, D.C. area. Lawmakers in both Virginia and Maryland want to make the economic terrain as attractive as possible for the Redskins.

The Redskins currently have a practice facility in Ashburn, Va., and FedEx Field is located in Landover, Md. The team is reportedly negotiating with officials in Washington, D.C., Maryland and Virginia for a new facility. D.C. legalized sports betting more than a year ago, and Capital One Arena, home of the NBA’s Washington Wizards and the NHL’s Washington Capitals, is set to become the first pro stadium in the U.S. to have sports betting on site.

Redskins owner Dan Snyder has reportedly been lobbying across the region for his team to be included in sports betting legislation. In Virginia, lawmakers appear close to legalizing, but one of the sticking points in the competing bills is how to handle the team. The session in Virginia ends Sunday, and lawmakers say they will have a deal by then.

Washington @Redskins owner Dan Snyder met with Maryland lawmakers to discuss allowing sports betting at a new stadium in the state, a lawmaker who participated in a meeting with the team's owner said Wednesday. https://t.co/zxQaxlsohk pic.twitter.com/OuPXpCIN8B

In the revamped Maryland Senate bill, there are certain things the Redskins must do to ensure that they can have sports betting. Besides paying an initial $2.5 million license fee, the team must enter into an agreement with Prince George’s County to build a mixed-use development and sports facility as well as sign a “community benefits” agreement with the county. The bill puts a timeline on the project, setting a July 1, 2022, deadline to submit plans, and a July 1, 2024, deadline to get zoning approval for at least $500 million in construction or renovation costs.

Among the other changes to the bill:

If betting on sports is legalized in Maryland, where might you be able to place a bet?

Casinos, Pimlico, Laurel, the state fair, Redskins stadium and on apps, according to a bill moving forward in the Maryland Senate.https://t.co/3lXpWsfJPV

The licensing fees are among the highest in the country, though they would not touch the $20 million in Illinois. The bill does call for what operators would consider to be an onerous tax rate — 20% on retail and online sports betting and 25% on sports betting at OTBs, four of which could apply for licenses if partnered with a casino or racetrack.

The Maryland General Assembly is set to adjourn on April 8. Between now and then, the bill would have to get approval by the full Senate and then make its way through the House. 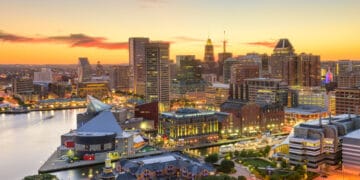 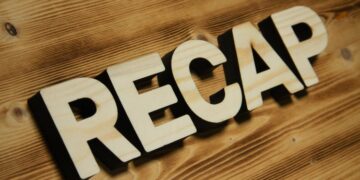 Get A Grip — The Week In Sports Betting: Ads, DraftKings In Oregon, Openings In MD & AZ