Draft regulations and application materials were discussed by the SWARC 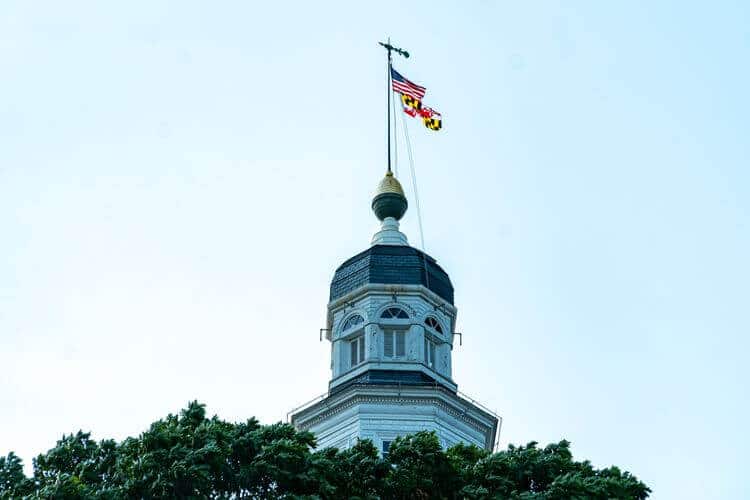 The Maryland Sports Wagering Application Review Commission met Wednesday, making some progress toward an eventual legal mobile sports betting launch in the state. The SWARC discussed draft regulations and applications as it readies itself to award mobile licenses in the coming months.

Thomas Brandt, the SWARC chairman, made a statement at the beginning of the meeting that provided a loose timeline of upcoming events with the draft regulations. The SWARC hopes to approve draft regulations and applications in the coming weeks. (The commission’s next meeting is July 20, but there’s a possibility of an earlier meeting being added to the calendar.)

Once approved by the SWARC, the regulations need to be approved by the General Assembly’s Joint Committee on Administrative, Executive, and Legislative Review. After that, the rules are subject to a 30-day public comment period. That may lead to additional tweaks to the rules before they’re ultimately implemented.

“I’m sharing this information to help us all adjust expectations as we proceed with our responsibilities,” Brandt said. “It’s our continued hope that we may be able to begin accepting applications in late summer.”

The SWARC accepting and approving applications in the “late summer” sets the stage for a potential mobile sports betting launch in the fall, something Gov. Larry Hogan called for this month. Can the SWARC meet Gov. Hogan’s goal of helping mobile sportsbooks go live before Week 1 of the NFL season? That target date may prove to be overly optimistic.

Today I called on the legislature’s Sports Wagering and Application Review Commission to take immediate actions to launch mobile sports betting in Maryland for the NFL season.

Much of the SWARC discussion Wednesday involved debate of mobile and retail application drafts provided by Taft, a law firm working with the SWARC. Some of the SWARC members worried that the application materials could be overwhelming to small businesses eager to enter Maryland’s betting market.

“Are we overdoing it?” Brandt said. “Are we making it too hard with all the stuff we’re asking for? … It’s a lot for a restaurant or a startup.”

“Just listening to what is required to get a license, for the average person it’s going to be overwhelming,” Turner said. “Let’s not fool ourselves. I mean, that is a lot of information.”

Lawyers with Taft countered that the lengthy application process serves as a necessary barrier to entry. Michael J. Schaller, an attorney with the firm, says there will likely be Maryland businesses interested in sports betting that lack the funds or experience to launch their own sportsbooks.

“I think we want to weed them out,” Schaller said.

Taft lawyers weren’t trying to stifle small-business involvement, but they’d expect interested parties without the funds or expertise to launch their own sports betting platforms to instead partner with major sportsbook operators. While the small business might not possess the expertise, a partnership with an operator could prove to be mutually beneficial.

Maryland sports betting legislation includes language designed to foster involvement from women and minorities. The SWARC is still waiting for the results of a disparity study that will help determine what measures the commission can legally implement to generate increased minority and women involvement in the industry. It’s unclear when that study, which began in March, will officially be completed.

Some commissioners shared concerns during the meeting that potential partnerships between major operators and smaller businesses might include minorities or women, but in a limited capacity.

“We still want to encourage the partnerships, but we want them to be true partnerships with equity positions, if you will, as opposed to in name only,” said Rosie Allen-Herring, a SWARC commissioner.

How much the commission can really do to make that happen isn’t clear, as some of the responsibility falls to the smaller businesses negotiating partnership deals with operators.

“The license should be the asset for those MBEs and WBEs, and hopefully they will leverage them accordingly,” Commissioner Laura Gamble said.

The SWARC’s work toward a diverse and inclusive sports betting market, which is required by state law, hasn’t been quick. If Maryland legislators and regulatory bodies spent months upon months focused on diversity measures only to create an industry with a few diverse small businesses generating “name-only” partnerships with major operators, it could create significant backlash from multiple stakeholders.