One day ahead of debate, stakeholders ask for lower tax rate, no ban on college sports 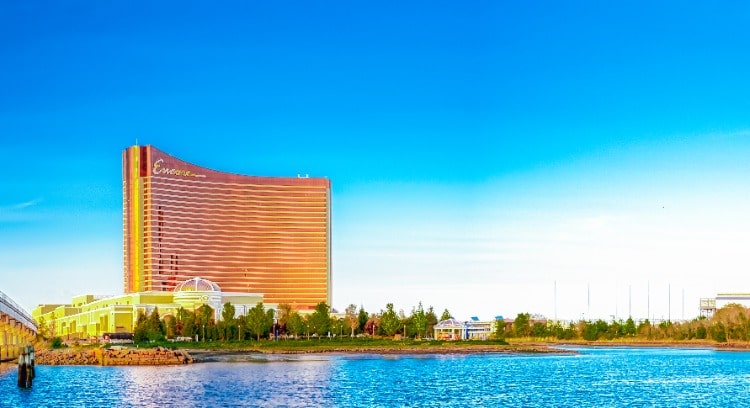 When it comes to legal sports betting, Massachusetts casino operators would like to see lower tax rates, wagering on college sports, additional skins, and loosened marketing guidelines, according to an industry letter obtained by Sports Handle.

The current version of the bill, now SB 2844, would allow for statewide mobile wagering with digital platforms tethered to existing casinos. It would set tax rates of 20% (retail wagering) and 35% (digital wagering), ban betting on college sports, allow for a single skin per casino entity, and prohibit sports betting advertisements during live television events.

A House version of the bill sets the tax rate at 12.5% for retail wagers and 15% for digital wagers, allows for betting on college sports, allows for three skins per casino, and does not severely limit advertising during events.

On balance, the casinos are asking the Senate to fall in line with the House. According to the text of the letter, the three casino operators have been able since casino gaming was legalized in 2011 to “repatriate revenue and jobs lost to other states” and contributed $4 billion in infrastructure and $1 billion in tax revenue.

With sports betting legal in four of Massachusetts’ five border states, the companies are asking for an opportunity to make similar positive inroads in that gaming sector. Connecticut, New Hampshire, New York, and Rhode Island all offer statewide mobile betting on professional and college sports and refrain from ad restrictions like those in the Massachusetts Senate bill. Tax rates and the number of skins available differ in each state.

The three casinos all have plans for digital platforms if Massachusetts legalizes, so consumers could expect access to Barstool Sportsbook (Penn National), BetMGM (MGM), and WynnBet (Encore). Among other potential operators are the two biggest in the U.S. — DraftKings, which is based in Boston, and FanDuel.

In the two-page letter, the casinos ask for a 12.5% retail wagering tax rate and 15% for digital, calling those numbers “comparable” with other states. In fact, 16 legal states have tax rates that are 15% or lower. The casinos also requested that promotional play credits be deducted from taxable gross receipts. They pointed out that promo play is an expense to the operator, rather than revenue.

“The data relative to existing mobile operations in other states is clear that this model serves the largest possible market, will create efficiencies for the implementation of consumer protections and regulatory control for the Massachusetts Gaming Commission, and generate more tax revenue,” the casinos wrote.

With regard to betting on college sports, stakeholders across the industry argue that banning any event or sport from wagering only encourages continued use of the black market. The casinos called it “imperative that consumers be permitted to wagering on certain collegiate sports. … Allowing betting on collegiate sports through a regulated sports betting structure will, in fact, protect the integrity of these games.”

No sports betting ads during games?

The final ask in the letter is in response to strict advertising restrictions in the bill. The key issue is a proposed ban on sports betting advertisements during live television events — a prohibition that does not exist anywhere else in the U.S. even though embraced by some European nations.

While the NFL does limit the number of sportsbook ads per game, states traditionally have not tackled that issue. Enforcing such a ban could be tricky, especially in Massachusetts, where broadcasts of sporting events may originate in the state, but are beamed to neighboring states that don’t have such a restriction.

The casinos did not directly address advertising issues, rather writing that they support “responsible gaming initiatives” and that the state’s commission is “well-positioned to establish practical and commercially reasonable boundaries for marketing.”

While the operators did not address it, the Senate bill caps lifetime wagering at $2,500 per platform unless a bettor has acknowledged they’ve met that limit, gotten problem and responsible gaming information from the operator, and been given the opportunity to set bet limits. The stringent language could potentially create another barrier to wagering in Massachusetts and drive a bettor to the black market or another state. No other state has similar requirements.

The Massachusetts Senate session begins at 11 a.m. Thursday. Amendments were due Tuesday night, and 69 were filed.