Mass Lawmaker On Legal Sports Betting: ‘Why Is This Taking So Long?’

Bay State has held multiple hearings on sports betting, but no bills have gotten out of committee 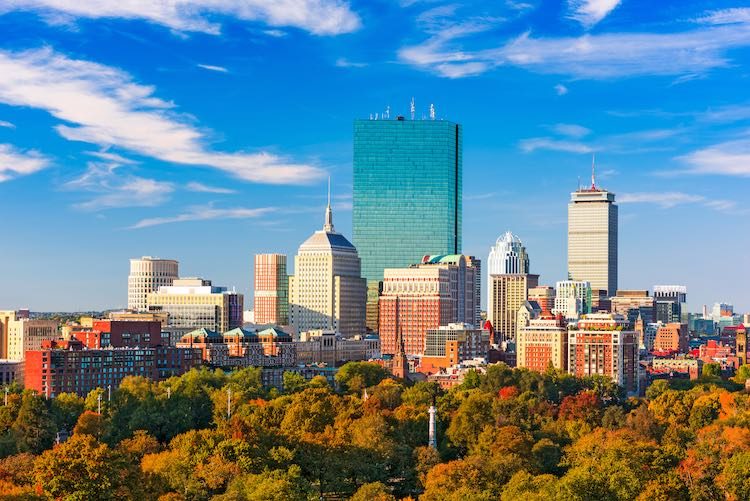 At the start of the legislative season in January, Massachusetts lawmakers filed more than a dozen bills related to sports betting and it looked like a decent bet that it would be among the first to legalize sports betting in 2019. But with the start of the NFL season on the horizon, two New England states have legalized or have operational sports betting, and the Bay State isn’t one of them.

The long lead in to even getting a bill onto the floor of either chamber — bills were filed in both the House and Senate — is frustrating at least one lawmaker.

“I want to get us up and running because there is another football season nearly upon us,” Representative Brad Hill (R-4th Essex) told Sports Handle. “We’re missing a huge opportunity for revenue in this state. … Massachusetts likes to gamble, we like our sports, and I should be able, as a citizen, to go bet on a football game. Why is this taking so long? We’re not reinventing the wheel here.”

In January, Governor Charlie Baker’s office authored one of the initial sports betting bills that was filed and reiterated two months later that he hoped lawmakers would take up sports betting before the break in August. But in May, just before a two-day hearing in the Joint Committee on Economic Development and Emerging Technologies, House and Senate leadership pumped the brakes, saying it is a “complex” issue that requires intense study, and that the goal was to make sure sports betting was legalized properly.

SPORTS BETTING IN MASSACHUSETTS? After 2 days of hearings at the State House, here are some thoughts from Rep. Ann-Margaret Ferrante & Sen. Eric Lesser, Co-Chairs of The Joint Committe on Economic Development & Emerging Technologies. #wcvb pic.twitter.com/TFztmLg0WV

Between then and now, New Hampshire became the second New England state to legalize sports betting, and it did so with a stand-alone, state-wide mobile option, meaning that if you’re in the state, you’ll be able to place a bet from your phone without stepping foot at a physical property. New Hampshire has long been a destination for Bay Staters, who have a history of crossing the border to save on sales tax (there is none in New Hampshire) and buy liquor on Sundays because of the state’s “blue laws,” which previously prohibited the sale of alcohol on Sundays and still place some restrictions on it.

So it’s not a stretch to think that gamblers will make the 30-minute drive from Boston to the border to place a bet, the kind of round trip that numerous bettors have reported around borders between New York, Pennsylvania and New Jersey.

Rhode Island legalized sports betting at physical locations in June of 2018 and opened the 2019 legislative season with a bang, legalizing state-wide mobile sports betting in March with plans to launch by the start of the NFL season.

Fifteen? Really Massachusetts? Why do you need 15 bills dealing with sports betting? I realize y'all like to government the crap out of everything, but come on.

On Monday, the Joint Committee on Economic Development and Emerging Technologies held another hearing that included Hill’s two bills, H 376, which deals with how sports betting revenues would be used, and H 377, which seeks to set out a regulatory framework for both online sports betting and daily fantasy games. No action was taken on either bill, and Hill says it’s likely that the committee will ultimately create an omnibus bill from the dozen that have been filed, and send that to the chamber floors for votes.

Hill’s expectation is that such a bill would go to the Ways and Means Committee for some financial vetting first before heading to the House and Senate floors. Hill is confident a sports betting bill would pass both chambers. He remains perplexed about the hold up.

At the moment, no additional hearings are scheduled, and Massachusetts General Court runs year round, so there is no looming deadline for lawmakers to take action.

“My main goal is to be able to go and bet on a football game or basketball game,” he said. “I just think Massachusetts is missing the boat right now, we’re a state that loves our sports and loves our betting.”