Sports Betting Stakeholders To Mass: What Are You Waiting For? 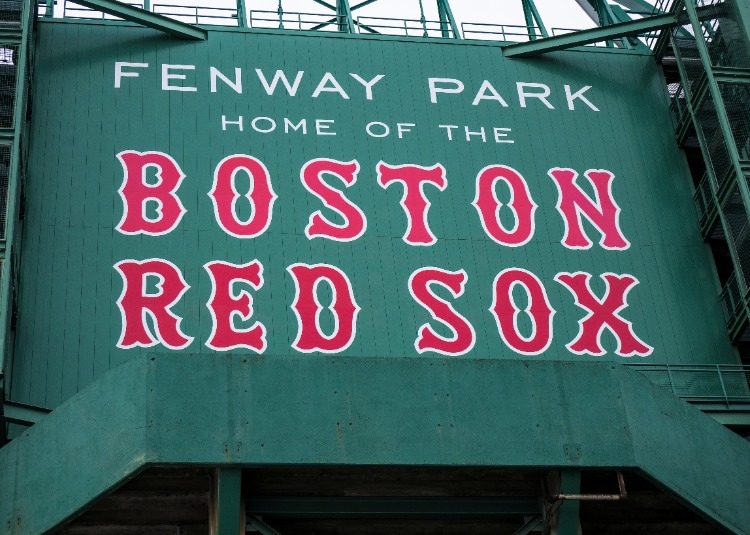 Sports teams and some operators are impatient with Massachusetts, a state that appeared poised to be among the first to legalize sports betting, but instead has been among a handful in which lawmakers can’t reach a consensus.

The Boston Herald on Sunday published a scathing opinion piece, which reads, in part, “It is a ‘Big Brother Knows Best’ mentality that has inexplicably blocked the legalization of sports betting in Massachusetts. Individual freedom with responsibility was all the rage for four centuries.

“Now, those who want to legally wager on the over/under in the Patriots-Texans game – it is 49.5 at DraftKings, take the under – have to travel to Rhode Island or New Hampshire to do so. ‘Live Free Or Die’ … when the Patriots don’t cover.”

Stakeholders weren’t quite as bold, but they were clear:

“Since the spring of 2018, following the U.S. Supreme Court’s historic decision, we have worked with you and your chambers to pass consumer-focused sports betting legislation,” reads a Nov. 20 letter authored by BetMGM, DraftKings, FanDuel, the New England Patriots, and the Boston Red Sox, among others. “With sports betting not included as part of the budget process, and after two years of good-faith collaboration on this issue, and the objective absence of any organized opposition, we are deeply concerned at the prospect of legislation not being passed this session.”

Sports betting on a hamster wheel

The MLS New England Revolution and the PGA Tour also signed the letter.

DraftKings, which is based in Boston and is already neighboring New Hampshire’s exclusive digital and retail sports betting operator, has long been working with and lobbying state lawmakers to legalize. Over time, representatives from multiple national operators have worked with lawmakers remotely and in person to develop a bill that could pass.

In fact, early in the year operators met with lawmakers and believed they had finally reached a compromise with an amendment that allows for statewide mobile/online sports betting, betting on Division I colleges, tax rates of 10% (retail) and 12% mobile, as well as other tradeoffs.

But the new ideas went nowhere, and yet another iteration of sports betting popped up July — this one setting the tax rate at 15%, requiring the use of “official league data,” and allowing for standalone mobile platforms. The bill came out of the Joint Committee on Economic Development and Emerging Technologies, where sports betting in Massachusetts has started and stopped.

Why? Does Mass hate getting extra money? The have a new casino with a sports book ready to go and have DraftKings with the mobile app and it’s headquartered in Boston. Makes no sense to keep rejecting sports betting. The people want it and it’s extra revenue https://t.co/ygYTzQBgF5

And just last week, the Senate rejected an amendment to the chamber’s budget bill that would have legalized sports betting.

“We are urging you to pass sports betting legislation as part of the economic development bill currently in conference committee,” the coalition wrote. “Quite simply, Massachusetts can’t afford to wait. This is a unique moment for the legislature to act to protect consumers, create jobs, and generate an estimated $500 million in direct, annual tax revenue to the Commonwealth.”

While Mass lawmakers have been dithering, Rhode Island, New Hampshire, and more than 20 other U.S. jurisdictions have legalized sports betting.

The tone of the letter most certainly exposed the frustration and exasperation from stakeholders flummoxed by the holdup when there is, as they pointed out, “no organized opposition.”

Lawmakers are staying mum on the topic. But the Herald, in an opinion piece written by Massachusetts native Bill Speros, who writes for Gambling.com, didn’t hold back. Speros points to Massachusetts as a progressive state, quick to offer the freedom of choice in everything from religion to marriage. But since the COVID-19 crisis took hold, the state’s rigorous restrictions (and its inability to legalize sports betting) have returned him to the era when the state’s Blue Laws prevented citizens from buying liquor on Sundays, among other archaic practices.

“In this upside-down, inside-out year of 2020, Massachusetts has become a leader in the usurpation of freedom. It’s always easier to see the obvious from the outside,” Speros wrote. “From the beach in Florida, Massachusetts looks like an Orwellian gulag.”

He continues, “The infrastructure for legal online sports betting in Massachusetts is in place, from an execution and regulatory standpoint, as is the demand, the justification and customer base.”

“The only missing ingredient? The freedom to do so.”

This is a total head scratcher. We need everyone to jump on board and allow sports betting in Mass https://t.co/pmUWdc3wG3

Speros likely wrote what stakeholders stopped short of saying in their letter. But the point is well taken. In some states, the logjam is clear — Connecticut, California and Florida have tribal interests to manage in addition to commercial. In some Sun Belt states, vocal “family” or “religious” coalitions are throwing up roadblocks.

But in Massachusetts — or, for that matter, Ohio or Missouri — the impasse appears to be nothing more than a bunch of politicians who either can’t play nice or are so bull-headed that nothing can get done. The kinds of issues we all now refer to as “first-world problems.”

Massachusetts lawmakers are in session year round. Though COVID-19 has altered the schedule, Massachusetts remains one of only two (the other is Ohio) states in which sports betting could be legalized by the end of the year. So far, five states have legalized in 2020 — Virginia and Washington via their respective state legislatures, and Louisiana, Maryland and South Dakota via ballot referendum. Besides that, voters in three states opted to expand gaming on Nov. 3.

As noted above, the heavy lifting is all but done in Massachusetts. Lawmakers just need to act.

“We understand that COVID has greatly impacted the legislature’s ability to do business. In the case of sports betting legislation, however, much of the hard work has already been done,” wrote the coalition. “Full public hearings have been held … The House has already released sports betting out of that committee.

“The major stakeholders … have come together on legislative principles that we all support. The Governor introduced a bill that would legalize and regulate sports betting in Massachusetts and included revenue in his budget from sports betting. The Massachusetts Gaming Commission has played an appropriate role throughout this process and stands ready to oversee this new new industry. To the extent that additional issues have been raised during this process, we believe the House and Senate should be able to work out remaining details rather than delaying action for months and months.

“Now it’s a simple matter of getting this matter over the goal line.”