Bill is now in the hands of the upper chamber, which punted last time it had a chance to pass a sports betting bill 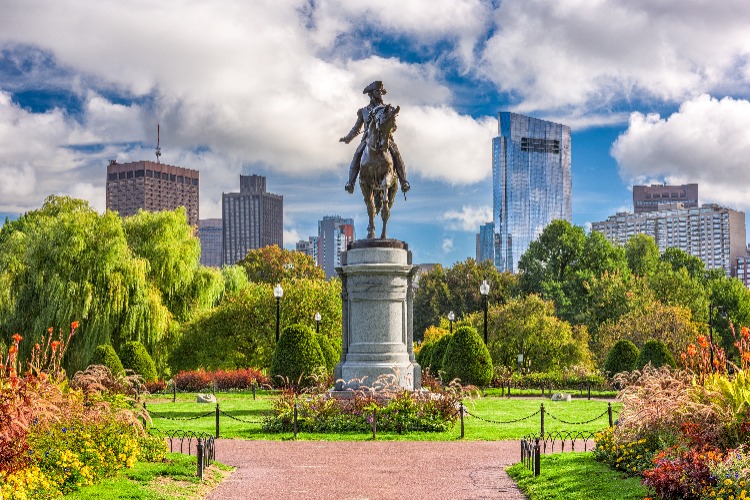 The Massachusetts House passed a sports betting bill by a 156-3 margin after 20 minutes of legislators backslapping each other over what a great bill they created, which was immediately followed by five hours of recess as amendments were dealt with behind closed doors.

But in the end, House Bill 3977 is now on its way to the Senate, where proponents hope it gets a quick passage before it heads to the desk of Gov. Charlie Baker, who is so hot to get sports betting in his state he included the would-be revenue in his yearly budget.

The bill passed after years of relative inaction on the sports betting front in the state. Last year, the House squeezed sports betting into an unrelated economic bill, and the Senate saw it and basically yawned, never getting it to a vote.

This time, however, with its own standalone bill, proponents in the House are hopeful Massachusetts sports fans will be able to get some legal money down on the state’s teams by year’s end.

The bill, penned by Rep. Daniel Cahill, would legalize betting on professional and collegiate sports for people who are 21 and older, although prop betting would not be allowed for college games. One interesting wrinkle for the colleges is this: Colleges will get 1% of the handle on any bets placed on college teams when they are playing at home.

College sports could make up 25% of the sports betting market in Massachusetts, says @RepAndyVargas. The bill legalizes college sports but incl. protections for student-athletes by outlawing wagers on individuals' performance. #mapoli

Also included in the bill are provisions allowing for the wagering on eSports.

Also, brick-and-mortar sportsbooks will be allowed inside the stadiums of the state’s professional sports teams.

Massachusetts bill amendment that would allow professional sports facilities to operate both in-person and online sports betting at their facilities or within a half-mile: pic.twitter.com/acHTNwsTvN

In-person bets would be taxed at 12.5% for the operators, and the mobile tax rate is currently set at 15%.

The session got off to a rousing start at 1 p.m. as a parade of legislators from both sides of the aisle took to the podium to congratulate themselves.

First on the floor was state Rep. Jerald Parisella, who laid out the nuts and bolts of the bill, including how the commonwealth of Massachusetts would get upward of $70 million in upfront licensing fees. He also explained the 1% rule for colleges.

Next up was Rep. Andres Vargas, who was thrilled to report eSports was part of the bill.

“This bill is also dynamic and imaginative,” Vargas said. “It accounts for the future of both sports in America and the sports betting industry by including eSports provisions. As someone who grew up playing games like NBA2K and Call of Duty — I never imagined saying those words on the House floor — I know that the eSports industry will continue to grow exponentially.”

Then Rep. David Muradian spoke, invoking every single gambling pun known to mankind, and finishing with, “The perfect trifecta begins today. … I ask you to join me on being all-in on House Bill 3977.”

As for the bill’s sponsor, Rep. Daniel Cahill? He struck a jovial, victorious tone as well.

“It’s just fun,” he said. “People are allowed to have fun. And sports betting is fun. But for some time now, people in our districts haven’t been able to do that. So what have they been doing? They’ve been going to Seabrook [N.H.], they’ve been going out of state to place their bets. Folks, it’s happening, it’s going to continue to happen, and now we’ll be able to recapture those revenues that are going out of state. We studied the issue, we vetted it with the public, and this bill is a reflection of our core values and the willingness to listen to people and what they actually do want.”

Now the “people” will have to wait and see what the Massachusetts Senate wants. The next time that legislative body is scheduled to meet is Monday.