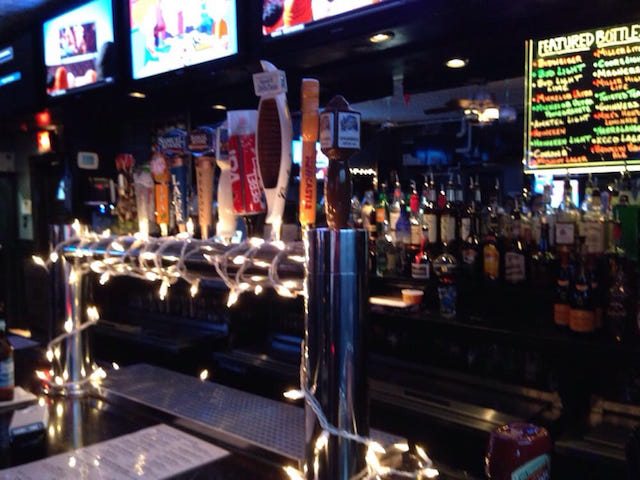 On Monday five Massachusetts men were indicted on a variety of charges in connection with an illegal sports betting operation based out of the Quincy, Massachusetts sports bar Southside Tavern, Attorney General Maura Healey announced.

The three men who led the operation, all between ages 36 and 40, were charged with Organizing and Promoting Illegal Gambling, Registration of Bets, Delivering and Receiving for the Purpose of Gambling, Conspiracy and Money Laundering. The first charge carries a maximum sentence of fifteen years in prison. The bar itself, owned by one and managed by another, was also charged. The two other men deemed “participants” in the operation were charged with similar offenses.

The indictments follow an investigation by the Massachusetts State Police Special Service Section and the Attorney General’s Gaming Enforcement Division into an illegal bookmaking and money laundering operation. According to the press release, authorities “seized more than $400,000 in illegal gambling proceeds.” The release states further:

The defendants allegedly took illegal bets from hundreds of gamblers through sports betting websites that were run by an offshore casino and had dozens of agents working for them. Authorities allege the defendants utilized the bar to facilitate collections and money laundering.

The defendants are innocent until proven guilty and will be arraigned at a later date in Suffolk Superior Court.

The Massachusetts law targets the sportsbook operators, not the persons placing sports bets, which is consistent with the way similar laws around the country operate and have through U.S. history.

Although it has no bearing on the prosecution, the arrests come at an interesting time when results of a Washington Post poll released this week shows that a majority of Americans support the legalization of sports betting for the first time. Also at this time, the United States Supreme Court is hearing New Jersey’s case for the repeal of the 1992 federal law known as PASPA (Professional and Amateur Sports Protection Act), which would allow New Jersey and a slew of other states to enter the legal, regulated betting market.

The absence regulated sports betting has allowed illegal sports betting operations to proliferate throughout the country in sports bars just like Southside Tavern. A portion of New Jersey’s brief states: “A substantial portion of illegal sports wagering activity is conducted by organized crime syndicates that are engaged in money laundering, racketeering, human and drug trafficking, and extortion.” Southside Tavern is just one bar and these men just five guys in the illegal market.